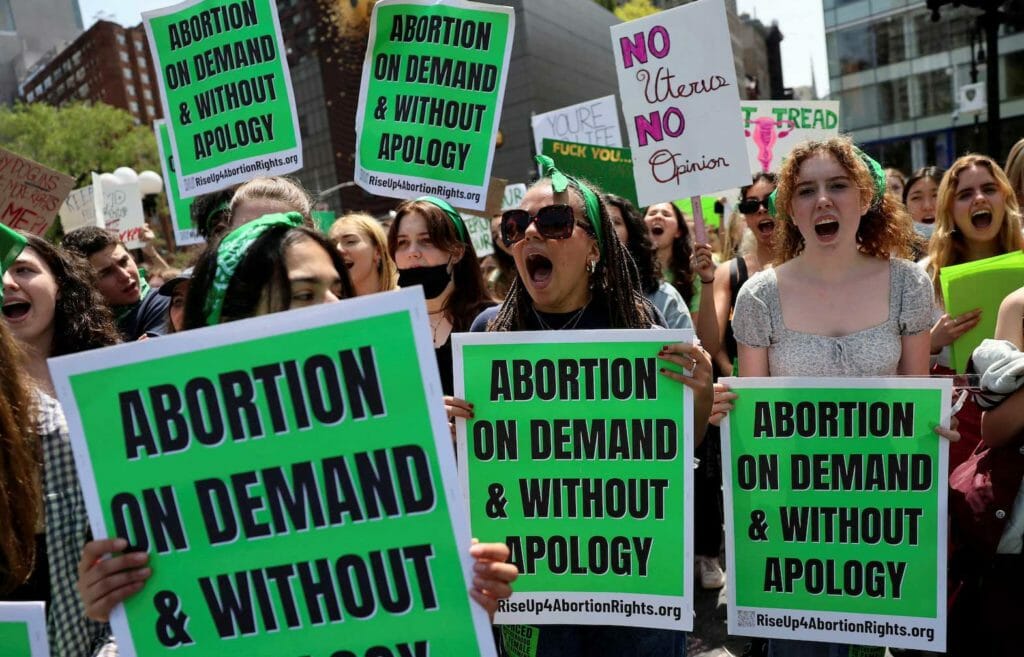 WASHINGTON – Legislation to make abortion legal throughout the United States was defeated in the U.S. Senate on Wednesday, amid solid Republican opposition.

Democrats had sought to head off an impending Supreme Court opinion that is expected to overturn the nearly 50-year-old Roe v. Wade decision that established the national right to abortion. Wednesday’s effort was a protest gesture that never stood much chance of success.

With 49 votes in support and 51 against, the “Women’s Health Protection Act” was 11 short of the 60 votes needed to be fully debated in the 100-member Senate.

All 50 Republicans voted to block the bill. They were joined by one Democrat, Senator Joe Manchin.

Before the vote, more than two dozen House Democrats, mainly women, marched from the House of Representatives to the Senate chanting “My body, my decision.” They then entered the Senate chamber and sat quietly along a back wall while senators debated abortion rights.

Although the Senate defeat was widely expected, Democrats hope the vote will help propel more of their candidates to victory in the Nov. 8 midterm elections, as public opinion polls show deep support among voters for abortion rights.

That, in turn, could bolster future attempts to legalize abortion through legislation.

America’s decades-old battle over abortion rights exploded anew last week when the Supreme Court confirmed the authenticity of a draft opinion that signaled it will soon overturn Roe v. Wade.

Such a decision would leave it up to individual states to determine their abortion policies.

The high-court ruling is expected by the end of its current term, which usually concludes in late June.

At least 26 states are certain or likely to ban abortion if the top court strikes down Roe, according to the Guttmacher Institute, which advocates for sexual and reproductive health rights.

Following the vote, Vice President Kamala Harris told reporters in the Capitol: “Sadly, the Senate failed to stand in defense of a woman’s right to make decisions about her own body… what we are seeing around this country are extremist Republican leaders seeking to criminalize and punish women for making decisions about their own body.”

Republican Senator John Cornyn called the legislation “a radical abortion-on-demand bill” that goes further than Roe v. Wade and “essentially makes abortion available on demand from the time of conception to the time of delivery.”

Closed-door talks were held on a possible compromise abortion-rights bill, although it was unclear whether Democratic and Republican negotiators would be able to come to agreement, much less lure the 60 votes needed for any such measure.

Opinion polls have shown the right to abortion to be broadly popular. A Reuters/Ipsos poll last week found 63% of respondents, including 78% of Democrats and 49% of Republicans, would be more likely to back candidates in November’s elections who support abortion rights.