A warning: New profile pic app might be sending your data to Russia

A warning: New profile pic app might be sending your data to Russia

While there’s insufficient evidence that supports the circulating news online about an app that may be a Russian malware scam, there’s no harm to being cautious. Is the New Profile Pic app collection of users’ data more unusual than the other popular apps? Here’s what we know so far.

Recently, the internet went abuzz with the popularity of a new profile pic app – New Profile Pic. In the Google Play Store, its official name is NewProfilePic: Profile Picture. While in iOs, it appears as NewProfilePic: Profile Picture. The popularity of this new app hits chart-topping records with downloads from hundreds of thousands of users. Considering the app is new and was launched this May 2022.

The app uses software that transforms users’ photos into a painting. Once users posted the snapshots from the app, their profile picture would look as if it was painted. These photographs would then be uploaded to servers in return for a free avatar. During the hype, messages started to circulate on social media. Some users are claiming that the New Profile Picture app was a Russian scam. While in other rumors, some are accusing the app of taking money from the people’s accounts.

What're the chances that "New Profile Pic app" is just going to steal a whole bunch of your info.

Global Cybersecurity advisor at ESET Internet Security, Jake Moore spoke with MailOnline. He advised that users have to be doubly and incredibly careful when uploading personal data and photos. Particularly, if the web is brand new.

Moore said, “This app is likely a way of capturing people’s faces in high resolution and I would question any app wanting this amount of data. Especially one which is largely unheard of and based in another country.”

With so many apps everyone needs to download, it’s surprising for some people how much data these mobile apps can access. When the news about a possible Russian involvement started circulating, some users shared the new app’s privacy policy.

One user even posted a screenshot with the caption, “DO NOT download the NEW PROFILE PIC.COM APP. It takes all your information and sends it to Moscow!!!!”

Although looking at the app’s privacy policy, it is pretty much the same requirements as the other mobile apps are asking to access. Some of the app’s request for permission is asking to “have full network access” and “receive data from the internet”. In comparison to WhatsApp, Instagram, and TikTok, these are also the same set of details these three popular apps are asking for. In short, there’s nothing unusual with the New Profile Pic App’s set of privacy permissions. 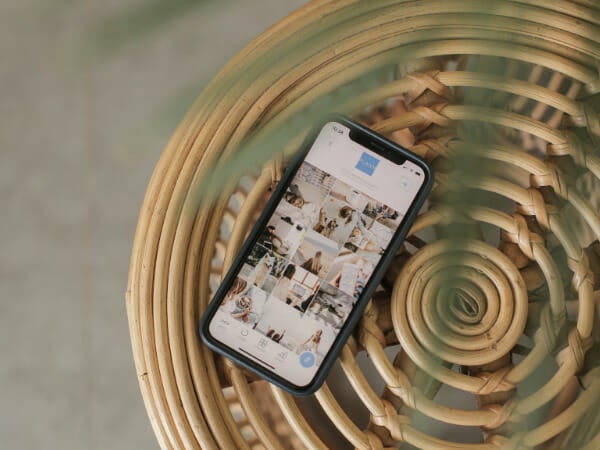 New Profile Pic’s data policy is transparent when they said on their terms that ‘we collect certain personal information that you voluntarily provide to us. We collect your name, email address, user name, social network information, and other information you provide when you register.”

When downloading any app, people should be aware of the terms and agreements. Which is most of the time users are just skipping.

Moreover, the claims of the app’s Russian connection go down to one reason. The website of the app, newprofilepic.com is in Moscow. According to Snopes data gathering, the website was actually showing its registration in Florida.

Linerock Investments LTD copyrighted the app while Informe Laboratories, Inc created New Profile Pic. A Linerock Investments spokesperson confirmed that the domain’s registration was in Moscow because the founder lived there before. Moreover, he also confirmed that the founder had already transferred which made the company change the registered address of the domain. He said they changed the address to avoid any confusion.

The app actually originates from a company based in the British Virgin Islands. The spokesperson also confirmed that they have an international set of developers. Some of which are residents of Russia. He said, “We are a BVI company. Our app is being developed by an international team with developmental offices in Russia, Ukraine, and Belarus.”

To conclude, the rumors about a Russian scam are not true. Yes, this app or any app will ask for certain data on your phone but these are just normal. For your security, you can read the company’s privacy policy here.