Billionaire Elon Musk said on Tuesday he would reverse Twitter’s ban on former U.S. President Donald Trump when he buys the social media platform, the clearest signal yet of Musk’s intention to cut moderation of the site.

Musk, the world’s richest person and chief executive of electric vehicle maker Tesla Inc, has inked a $44 billion deal to buy Twitter Inc. He has called himself a “free speech absolutist,” but given few specific details of his plans.

Musk is expected to become Twitter’s temporary CEO after closing the deal, Reuters previously reported, citing a source familiar with the matter.

The question of reinstating Trump has been seen as a litmus test of how far Musk will go in making changes, even though Trump himself has said he would not return.

Twitter, like other U.S.-based social media platforms, has banned various individuals from violating its policies on misinformation and glorification of violence.

“Permanent bans should be extremely rare and really reserved for accounts that are bots, or scam, spam accounts" pic.twitter.com/Nne3zoGUoh

Musk, speaking at a Financial Times conference, added that he and Twitter co-founder Jack Dorsey believe permanent bans should be “extremely rare” and reserved for accounts that operate bots or spread spam.

“Wrong and bad” tweets should be deleted or made invisible and a temporary account suspension could be appropriate, Musk said. “I think permabans just fundamentally undermine trust in Twitter as a town square where everyone can voice their opinion.”

Musk said the decision to ban Trump amplified Trump’s views among people on the political right, and he called the ban “morally wrong and flat-out stupid.”

The suspension of Trump’s account, which had more than 88 million followers, silenced his primary megaphone days before the end of his term and followed years of debate about how social media companies should moderate the accounts of powerful global leaders.

Trump was permanently suspended from Twitter shortly after the Jan. 6, 2021, attack on the U.S. Capitol. Twitter cited “the risk of further incitement of violence” in its decision.

Megan Squire, a senior fellow for data analytics at the Southern Poverty Law Center, said a permanent ban from mainstream networks, or de-platforming, has been a successful tactic in reducing the reach of abusive messaging and behaviors.

Musk has endorsed some limits, telling a European Union official on Monday that EU policy was “exactly aligned” with his own thinking on controlling illegal content.

OUGHT TO BE EVERYWHERE

Conservatives, who have accused San Francisco-based Twitter of bias against right-leaning views, have cheered the prospect of Trump’s return to the platform.

Trump “ought to be everywhere he can,” Republican Senator Rick Scott told reporters when asked about Musk’s comments. “We shouldn’t have social media companies that are restricting people’s ability to get their message out.” 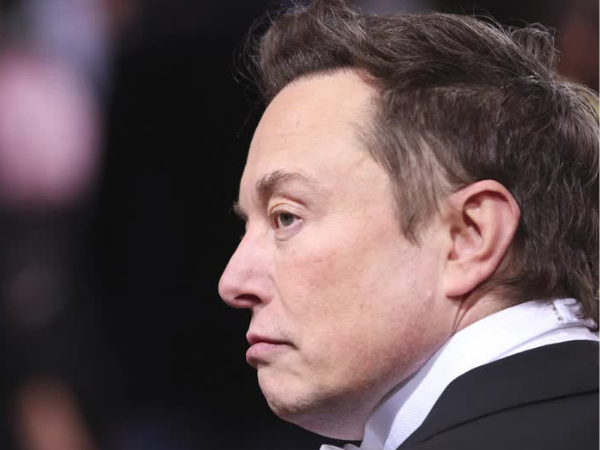 Senator Roy Blunt, an establishment Republican who is retiring, was one of several Republicans who said they had no opinion about the possibility of Trump’s returning to Twitter.

“But I suspect that’s a good business decision on (Musk’s) part,” Blount said with a smile.

Democrats have said Trump’s potential reinstatement could constitute a threat to democracy, although some hope Trump could upset their base and rev up turnout in the November midterm elections, with Democrats facing tough challenges in retaining their majority in both houses of Congress.

Trump previously told Fox News that he would not return to Twitter if allowed. His own social media app, Truth Social, launched on the Apple app store in late February.

Trump has revved up his messaging on the new platform after a slow start, posting about 50 times, mostly in the last week, to his 2.7 million followers. He averaged 18 tweets a day when he was president.

There was no immediate comment from a Trump spokesperson.

Easiest Ways on How to Send a Fax Online

White House press secretary Jen Psaki said on Tuesday that Twitter’s ban on Trump was a matter for the company to decide. The Biden administration wants online platforms to protect freedom of speech but also ensure they are not forums for disinformation, she said.

During the conference, Musk said the deal to acquire Twitter could be done in two to three months in the “best-case scenario.”

Earlier on Tuesday, Twitter shares fell to a level that indicated the stock market believed it was unlikely Musk would make the acquisition for $44 billion, as he originally agreed.

Musk’s decision to buy Twitter has concerned some Tesla investors and put pressure on Tesla’s stock. Musk on Tuesday added that he would stay at Tesla “as long as I can be useful.”