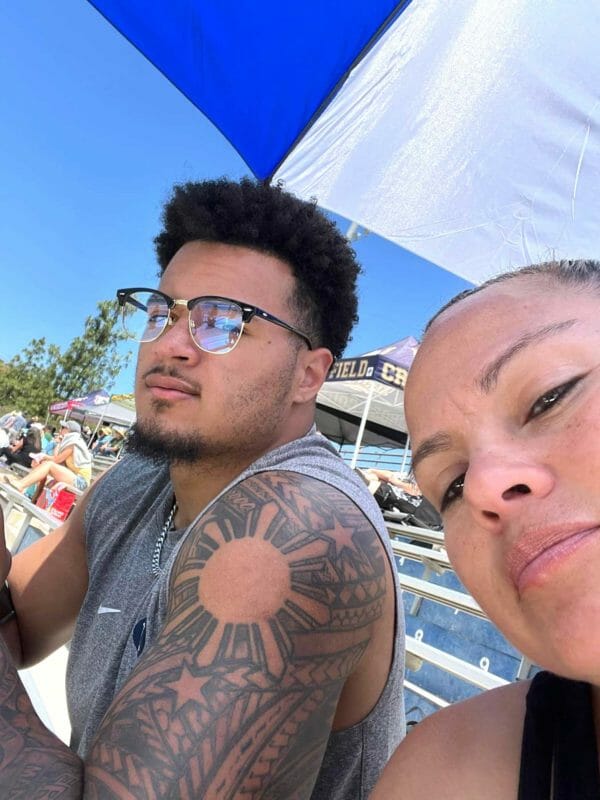 The Atlanta Falcons drafted Filipino American running back Tyler Allgeier during the fifth round of the 2022 National Football League Draft on Saturday, April 30.

Allgeier has a grandmother from Southern Leyte, and is in a short list of Filipino American players currently in the NFL.

He did not receive any college scholarship offer after high school and had to take a job at a Walmart to help pay his way through Brigham Young University, where he was a preferred walk-on. During his final season at BYU, he became one of the best college football players in the nation. SCREENSHOT

He became a kick returner on special teams and linebacker on defense. Eventually, he became starting running back. BYU finally made him a scholarship player.

During his final season at BYU, he became one of the best college football players in the nation, leading the Cougars to a 10-3 record and No. 19 ranking. In 13 games, Allgeier ran for 1,606 yards — a school record — and scored 23 touchdowns, tied for the most in the country.

A tattoo of the Philippine sun and stars adorns his upper left arm, a tribute to “the Filipino side of the family that literally took care of me and my mom and my sister when things were rough.”