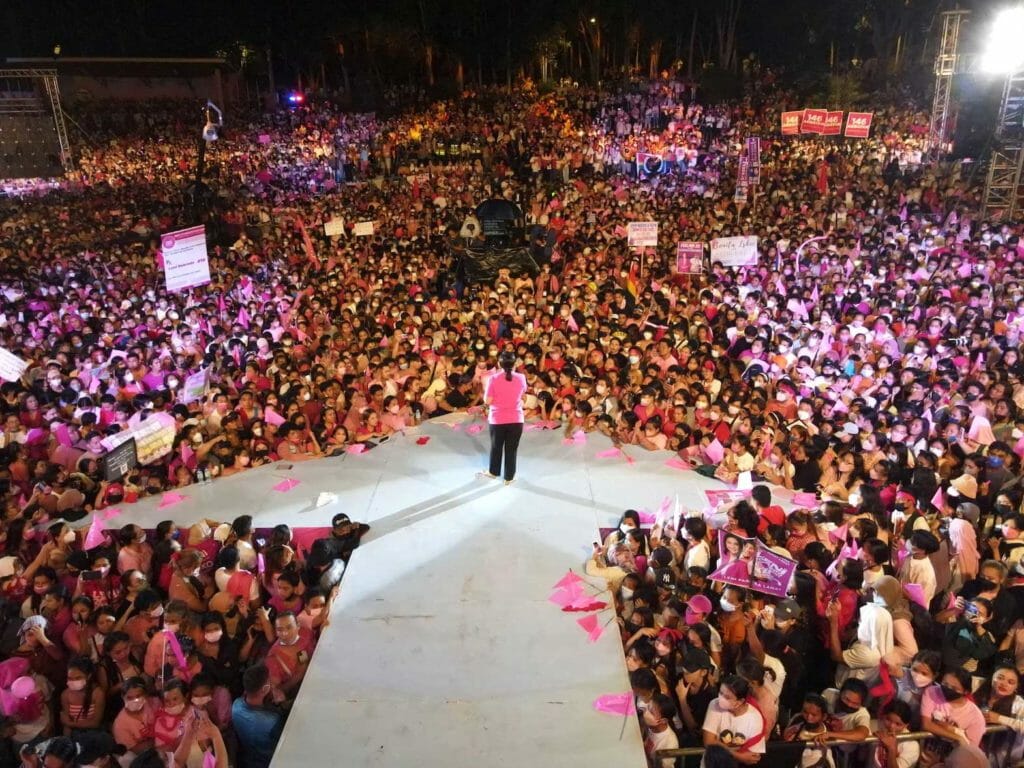 NEW YORK—The most consequential presidential elections in modern Philippine history were the snap elections of 1986, when Corazon Cojuangco Aquino, the widow of the late Senator Ninoy Aquino—assassinated at the airport when he returned from his US exile in 1983 to try and convince Ferdinand Marcos to step down peacefully—ran against the dictator and won.  In the immediate aftermath, the Marcoses fled to Hawaii and into the arms of Uncle Sam.

Arguably the second most consequential presidential elections will be held on May 9th, less than a week from now. While there are ten candidates vying to succeed Rodrigo Roa Duterte as the next head of state, all the attention has been focused on Ferdinand Marcos, Jr., son of the late dictator, and current Vice-President Leni Robredo.

This will be a rerun of the vice-presidential elections of 2016, when Robredo edged out the younger Marcos by a slim margin, even though polls had BBM ahead—the initials by which Marcos fils is more known by. BBM contested the results but the courts let Robredo’s victory stand.

It will also in a sense be a rerun of the 1986 snap elections. Like Cory, Robredo is also a widow, up against the vast wealth of the Marcos family, most of that from ill-gotten gains. Will history repeat itself, with the widow Robredo attaining the presidency?

It’s true that the Marcos-Sara Duterte tandem is leading in the polls. Such was the case as well in 2016, but the result was not what the surveys had predicted. It’s also worth noting that the 2016 presidential contest between Hilary Clinton and Donald Trump was seen as an easy victory, by a landslide no less, for Clinton. Alas, for the nation and the world, Trump gained the presidency, though in fairness Clinton won the popular vote but due to the peculiar US voting system, Trump gained more electoral votes and thus the White House as well.

The standing of BBM in the polls is due in large part to Sara Duterte, the president’s daughter and current mayor of Davao City. Before linking up with the Marcos camp, Duterte had been considering a presidential run of her own. Of all the likely candidates then, she had the highest poll numbers. Adding her to the ticket boosted BBM’s own poll numbers.

Should BBM and Sara win, the vice president will likely be the stronger partner. BBM’s stint as a senator failed to impress anyone. He lacks the toughness and the political acumen that Sara has. She will be Cheney to BBM’s Bush, during Bush’s first term. And of course playing the role of eminence grise will be Imelda Romualdez Marcos. Her son’s triumph will mean her fervid dream of complete vindication and rehabilitation will have been attained.

However, given that, in Philippine elections, one can vote separately for the president and the vice president, it is entirely possible that BBM would lose to Robredo while Duterte wins, making for very strange bedfellows. And a first as well: two women at the top.

But if the polls this time around are correct, the thought of a Marcos presidency fills me with dread. It’s true that the father’s sins should not be blamed on his children. BBM however has not distanced himself from the legacy of his father, of those dark years rife with corruption and human rights abuses, when the despot instituted the deliberate export of human capital to the world, while at the same time increasing the nation’s foreign debt. The size of the Filipino diaspora—ten percent of the population—is in large part due to the policies set in place by the elder Marcos.

Not only has he not distanced himself, BBM has touted those years as a golden age. Nor has he or any other member of the Marcos family apologized for the innumerable crimes and misdemeanors perpetrated under their watch. That being so, BBM will undoubtedly seek to duplicate what he perceives mistakenly as the glories of his late father’s rule.

As for returning what they stole? That will happen only when crows turn white.

As vice-president, Sara Duterte will likely embark on a similar path, and do everything to stymie the International Criminal Court’s continuing investigation into her father’s egregious human-rights abuses due to his notorious war on drugs and crackdown on legitimate and peaceful opposition.

In the final analysis, it comes down to a question of character. There couldn’t be a sharper, black-and-white contrast between the morally challenged BBM and Leni Robredo, who in her long career, going back to her days as a local politician in the Bicol region to her current position as vice-president, has never been dogged by allegations of corruption. She has shown herself to have a backbone and strong moral character, as well as political expertise. Above all, in her sponsorship of livelihood projects to reduce poverty, in championing gender equality and women’s rights, and backing the anti-dynasty bill that would greatly reduce the stranglehold of powerful clans on political office, Leni Robredo is a true servant of the people.

A vote for her may not solve the myriad ills that plague contemporary Philippine society but it will be a giant step in the right direction.