The boxing calendar of 2022 is already jampacked with many exciting actions for the months ahead. Current champions will defend their title as junior heavyweight champions. Boxing fans are already excited about the boxers winning world titles, especially in the current cruiserweight class. Boxing rankings have always been one of the things that boxing enthusiasts and fanatics all over the world are excited about. The long wait is over. We discussed a little background about the cruiserweight division and listed down below the best cruiserweight boxers in 2022: 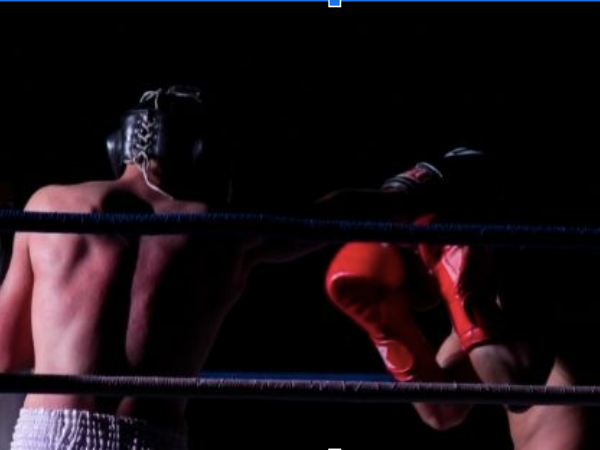 Two hundred pounds or 90.7 kilograms is the current weight limit for this class. When they initially created this division, 190 pounds or 82.7 kilograms was the weight limit. It changed during the following years to accommodate smaller boxers who could not fight with more prominent men in that division.

Many boxing authorities thought that those men weighing between 176 pounds or 80 kilograms and 190 pounds or 86 kilograms could not fight more prominent men, and it would be unfair to place them in a match with men weighing heavier than them.
The first boxing organization to recognize this division was the WBC. They sanctioned a fight between Mate Parlov and Marvin Camel in 1979. The battle was a draw, but there was a rematch, and Marvin Camel won and became the first cruiserweight champion.

The boxing organization, WBA, followed suit and had a match between Ossie Ocasio and Robbie Williams in 1982. Ocasio won, and he was declared the first WBA champion. The IBF also followed suit, and it matched WBC Champion Marvin Camel against Rick Sekorski. Camel defeated Sekorski, which led to him being the first cruiserweight champion of IBF.

Who are the best cruiserweight champions in 2022? 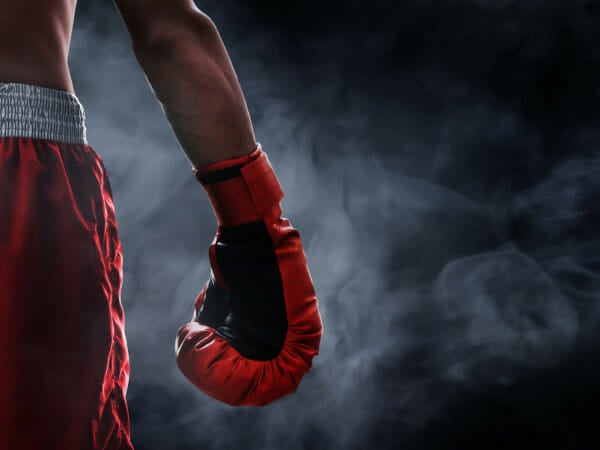 Several boxers compete for the highly anticipated rankings of the junior heavyweight division. We don’t want to keep you waiting. Here is a list of notable champions in the current cruiserweight class:

A professional boxer from Riga, Latvia, ranked first on our list. Mairis Briedis is also called the Latvian Punisher. He made his first debut when he was 24 years old, and he was the first Latvian to win a match.

Briedis had 28 wins and one loss on his professional record.
He is an IBF Cruiserweight Champion. In 2017, he bagged the WBC title. In 2019, the WBO title. He is currently the champion of the unified IBF and Ring Cruiserweight.

During the 2020s, he won the battle against Yuniel Dorticos, and he was successful in defending his title against Artur Mann. His next match will be against Jai Opetaia, which will be on May 11, 2022.

With 25 wins and two losses, Yuniel Dorticós is in the Top 2 rank of the best cruiserweight champion. The Cuban boxer was a two-time champion of the world.

In November 2021, he had his most recent bout with Jesse Bryan and won it by TKO. There is no announcement yet on his next battle.

He is an undisputed champion boxer from Congo. His real name is Junior Ilunga Makabu, and he is fondly called the Junior. He has a professional record of twenty-nine wins and two losses.
Ilunga Makabu is also an undisputed champion. He is the WBC heavyweight champion from January 2021 until today. Makabu defeated Michał Cieślak and defended the title twice against Olanrewaju Durodola and Thabiso Mchunu.
He will compete again on May 7, 2022, and it will be a match against Saul Alvarez.

He originated from Great Britain. He is also called “The Sauce.” Aside from being a boxer, he is also a famous author and rapper.
Okolie has an undefeated record of eighteen wins and zero losses.
He was the cruiserweight titleholder of the WBO in his match against Krzysztof Głowacki in March 2021.
His recent fight was last February 27, 2022, against Michal Cieslak, and he won by unanimous decision. There is no scheduled fight yet.

Thabiso Mchunu is from South Africa. His alias is “The Rock.” He has a professional record of 23-6. He had various regional titles, including the silver title of the WBC.
He tried for a world title twice but lost in the same. His most recent match was against Ilunga Makabu, and he lost by split decision (SD).

Another best boxer on our list, Kevin Larena, is also known as “The KO Kid.” He hails from South Africa. He has a professional record of 27-1.
Kevin Lerena is also the IBO heavyweight titleholder since 2017. He defeated Youri Kayembre Kalenga and has defended this six times.
Kevin Lerena’s last battle was on March 26, 2022, against Bogdan DinuBogdan Dinu. He was the winner by technical knockout (TKO). As of now, there is no announcement for his next battle.

Aleksei Vasilyevich Papin, a kickboxer from Russia, is best known as Aleksei Papin.
He had a professional record of 13 wins and one loss. Twelve of these were by way of Knock Out (KO).
He was the previous International Cruiserweight titleholder of IBF. He also challended Illunga Makabu to bag the Silver Cruiserweight of WBC.
His recent battle was against Vaclav Pejsar last April 2, 2021, via 1st round TKO. No announcement yet for his next match.

Krzysztof Głowacki comes from Poland. His full name is Krzysztof Henryk Głowacki. He has a professional record of 31 wins and three losses.
Głowacki is a two-time world champion for WBO. He bagged many regional titles too.
His last match was against Lawrence Okolie on March 20, 2021, to get the Cruiserweight for WBO. But, he lost in the battle.

Cieślak is a Polish boxer with a 21-2 and 1 no-contest professional record.
He fought against Makabu to be the WBC cruiserweight titleholder. But he lost via UD.
He bagged many regional titles, including the international cruiserweight title of the Republic of Poland International.
Michal Cieslak’s last match was against Lawrence Okolie, which took place last February 27, 2022. However, he lost by unanimous decision (UD).

Mateusz Masternak is from Poland. He had an extensive professional record of 46-5. He was the Cruiserweight titleholder of EBU, and he also held the Inter-Continental IBF title.
In his last match, he beat Armend Xhoxhaj in his previous battle. As of now, there is no announcement about his next match.

What is the History of Cruiserweight Boxing? 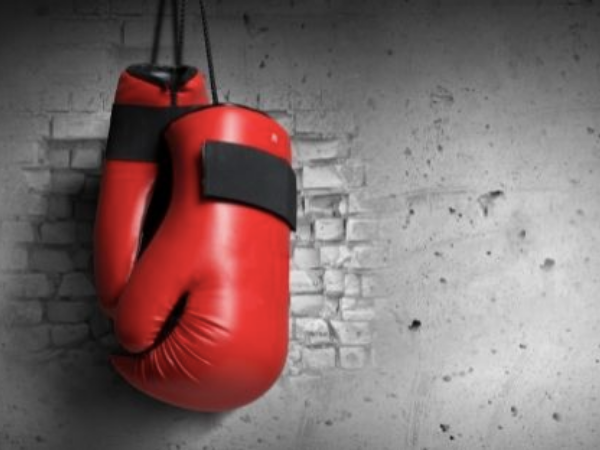 Boxing became a prevalent sport, especially in the early 1920s, and it is considered one of the oldest sports. During the 1920s, there were no best cruiserweight boxers yet because the divisions were limited. Its popularity paved the way for the creation of weight classes other than the division of heavyweight to accommodate smaller heavyweight boxers.

The creation of divisions based on weight classes happened after many years. These classes originated from the United States and some from Great Britain. The National Sporting Club of London initially established only eight divisions. They are stipulated in the Walker Law of 1920 that first created the New York Athletic Commission (NYSAC). These are the following:

To limit the mismatch between opponents and allow smaller heavyweight boxers, the boxing organizations designed different divisions with a weight limit to restrict the mismatch between fighters. To avoid injury among several boxers, it is relatively standard to have more titles based on weight classes. Authorities recognize 17 categories, giving more opportunities to win world titles. During the 1920s, a fight lasted 15 rounds. The World Boxing Association (WBA), International Boxing Federation (IBF), and World Boxing Council (WBC) changed in the late 1980s, and they only set 12 matches.

In 2015, the said organizations established the current names below.

WBA, WBO, IBF, and WBC strictly observe the weight limit of each division. One of the reasons for this is to accommodate smaller heavyweight boxers and avoid mismatch due to weight. Fighters are allowed to check a day before they compete. If a boxer is over the limit, the authority gives a limited time to achieve the limit.

Even if the fighter fails to fulfill the requirement, the bout continues. However, the title will be vacant if the fighter wins the match. Winning world titles has its challenges, and two of these are maintaining a weight limit and avoiding a performance-enhancing substance that is strictly prohibited.

The cruiserweight division was initially established in England, and it was later labeled as the light heavyweight division. The WBC next revised the weight class as 176 to 190 lbs or 80 to 86.2 kilograms in 1979. The WBA followed it in 1982 and IBF in 1983. The initially established weight limit was changed in 2004 by WBC, WBA, and IBF to the current limit, which is 200 pounds.

10 hottest soccer players in the world 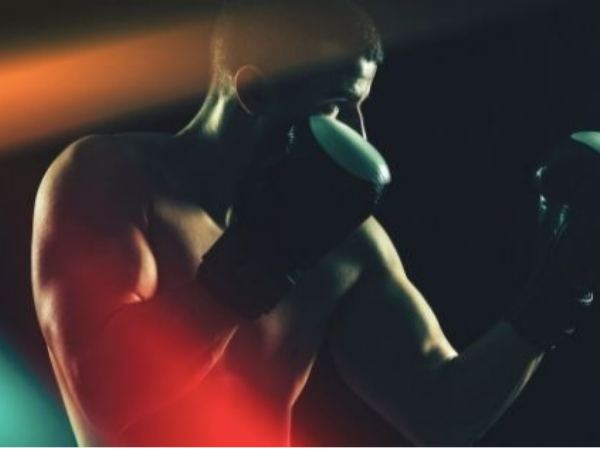 Who is the first WBC Cruiserweight Champion?

The first champion is a member of the Flathead Tribe, Marvin Camel. He is one of the many great heavyweight champions.

Camel won against Mate Parlov. He held the inaugural title of WBC champion from March 31, 1980, to November 25, 1980. Carlos De Leon succeeded him. Since he is one of the many great heavyweight champions, he was given the honorary champion status by the WBC.

Who is the first WBA Cruiserweight Champion?

Ossie Ocasio is the first WBA Champion, and he held the inaugural title from February 13, 1982, to December 1, 1984. Piet Crous succeeded him.

Who is the first IBF Cruiserweight Champion?

Marvin Camel won against Rody McDonald and became the first IBF Champion in 1983. Lee Roy Murphy succeeded him. Camel is the holder of the first IBF and WBC cruiserweight champion titles.