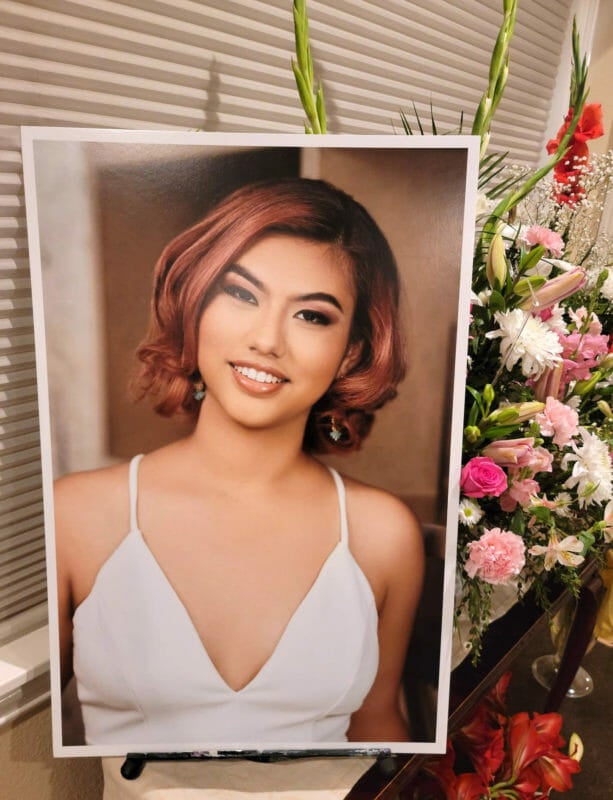 A Filipina American teenager was killed in a car crash on Easter evening, April 17, in Murrieta, California.

Sharmaine Legaspi, 17, died in a single-car crash on Murrieta Hot Springs Road, just east of Whitewood Road, according to a Patch.com report.

According to Murrieta Police, the crash occurred about 10:50 p.m. on April 17, just east of Whitewood Road.

Police determined that Legaspi was driving a compact sedan westbound in the number three lane of the road. For reasons unknown, she lost control of the vehicle and veered off the road.

The vehicle then traveled onto the sidewalk and collided with a light pole. Medical personnel found the teen trapped in the wreckage with significant injuries.

Her passenger, an unidentified 19-year-old, was taken to a local hospital with non-life-threatening injuries and is expected to fully recover.

Sharmaine was a high school student, frequent beauty pageant contestant and an aspiring fashion model. She was recently the fifth-place finisher in the Miss Philippines USA Beauty Pageant.

Sharmaine was remembered this week by Murrieta Mesa High School Principal Scott Richards Jr., who advised grief counseling for anyone who needs it in coping with the loss.