In Diliman, a reminder of the Marcos tyranny

In Diliman, a reminder of the Marcos tyranny 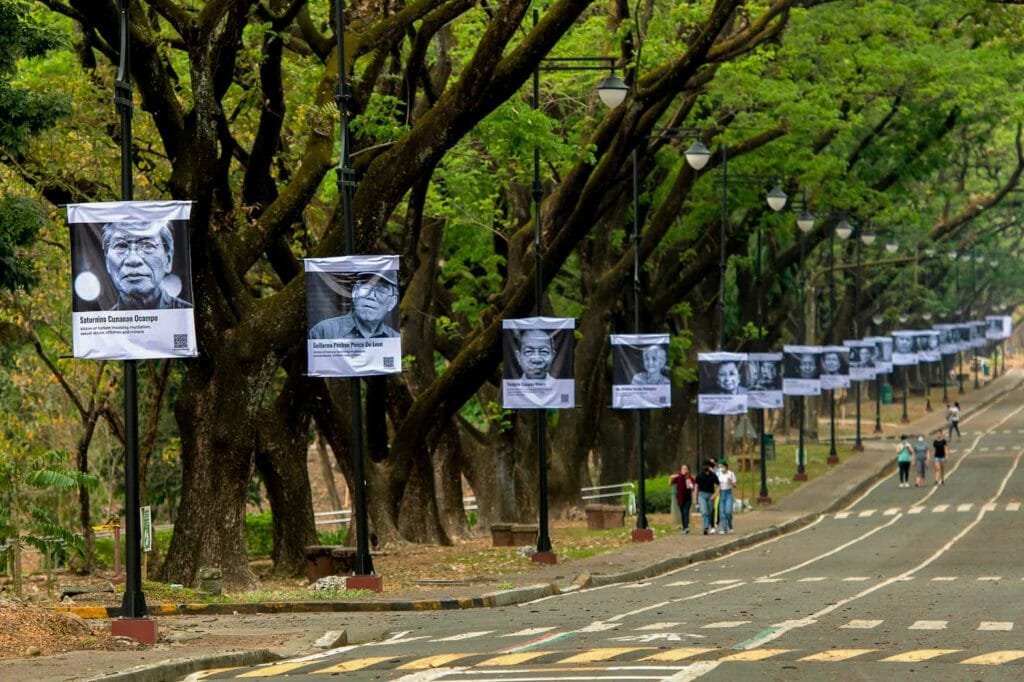 The exhibit, which runs through April 30, features activists, writers, academics, journalists who were imprisoned, tortured and abused for fighting the Marcos dictatorship. CONTRIBUTED

If the Academic Oval on the Diliman campus could talk, we would have access to countless, moving memories of the fight against the Marcos tyranny, from protest marches to student barricades to festive rallies.

That made it the perfect place for Rick Rocamora’s powerful exhibit at a time when reminding young Filipinos of the Marcos nightmare has become important once again.

Rick was in Manila in 2011 when the idea came  to the Bay Area-based documentary photographer.

He was in a taxi when it was announced on the radio that  victims of Martial Law would be able to receive compensation checks the following day at the Commission on Human Rights headquarters.

Rick canceled all his plans for the next day and headed to the CHR headquarters.

“I announced to a gathered crowd that I will be outside making portraits so that I could put faces to the names of victims, without any specific plans on how to use it,” he said. 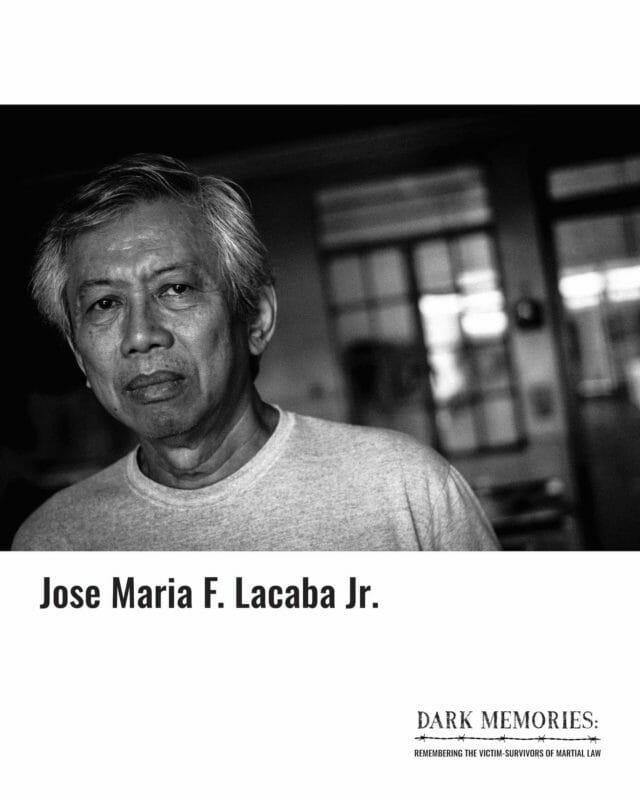 Many of the Marcos regime’s victims he met at the CHR agreed. And Rick kept taking photos through the years.

“I took every opportunity whenever I was home to make more portraits during rallies, and events, and visited the victims at their homes and offices.”

His work led to the exhibit “Dark Memories: Victims of Martial Law” featuring portraits of survivors of torture and abuse during the Marcos years displayed along the Diliman’s Academic Oval.

The exhibit, which runs through April 30, features activists, writers, academics, journalists who were imprisoned, tortured and abused for fighting the Marcos dictatorship.

The portraits feature activist Satur Ocampo, UP professor Temy Rivera, lawyer Antonio Moncupa and journalist Oliver Teves. There are portraits of friends of mine, the writer and poet Pete Lacaba and photojournalist Pat Roque.

Sadly, Rick said, some of the activists whose portraits he took have passed away and never had the chance to see them on display in Diliman, including Jose Almeda Lopez, Sixto Carlos Jr. and Ponce de Leon. 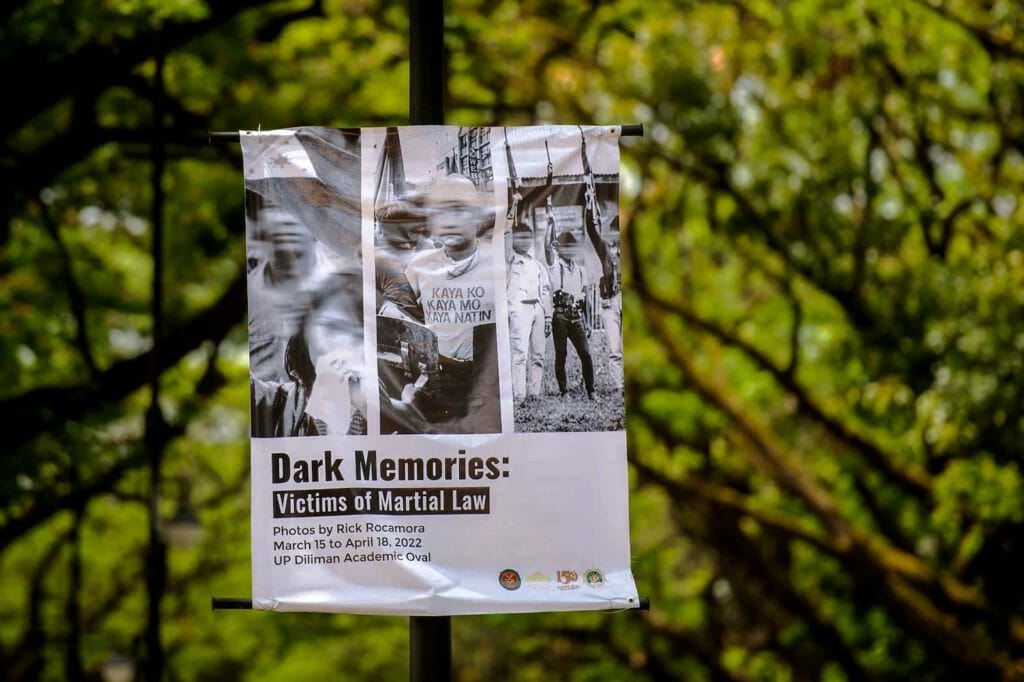 A detail of the UP Campus Oval exhibit ‘Dark Memories.’ CONTRIBUTED

Finding the appropriate venue for the exhibit was a challenge, Rick said.

“Every anniversary of Martial Law, I am always looking for space to share my collection with the public. I tried getting MMDA to display the portraits along EDSA, but I was not successful. I included some of the portraits in my exhibition at the Cultural Center of the Philippines and some were donated to the Bantayog [ng mga Bayani].”

UP Diliman agreed to host the exhibit thanks to Chancellor Fidel Nemenzo and the Sigma Rho fraternity.

“With the candidacy of Bongbong Marcos, the urgency to share the project with the public became necessary,” Rick said.

“Hopefully, the project will help spread the truth that there were victims of Martial Law and no amount of denial can erase the sacrifices of the victims and survivors.”