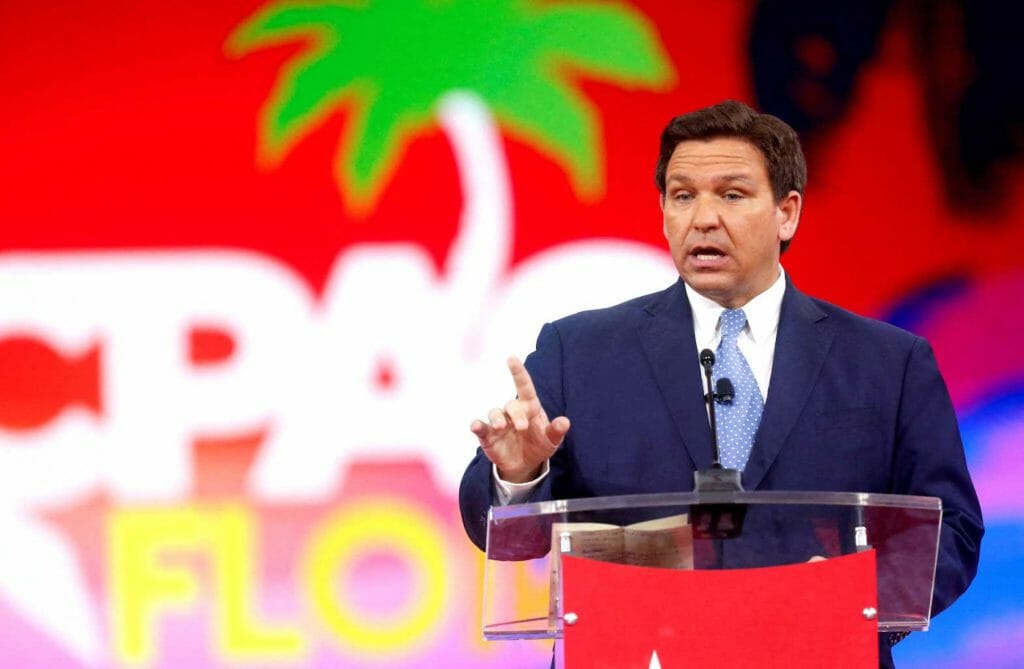 Florida Governor Ron DeSantis on Thursday signed into law a ban on abortions after 15 weeks of pregnancy, a restriction the U.S. Supreme Court could soon declare to be constitutional when it finishes reviewing a similar Mississippi ban this spring.

Florida’s law, which is due to go into effect July 1, will significantly reduce access to late-term abortions for women across the U.S. Southeast if it is not stopped in court. Women across the region travel hundreds of miles to end pregnancies in Florida because of stricter abortion laws in surrounding states.

The state currently permits abortions up to 24 weeks of pregnancy.

“This will represent the most significant protections for life that have been enacted in this state in a generation,” DeSantis said at a news conference before signing the bill.

The new measure makes exceptions to the 15-week restriction only in cases when the mother is at risk of death or “irreversible physical impairment,” or if the fetus has a fatal abnormality. Republican state senators defeated an amendment that would have made exceptions for rape, incest and human trafficking.

“Nobody should be forced to travel hundreds or even thousands of miles for essential health care — but in signing this bill, Gov. DeSantis will be forcing Floridians seeking abortion to do just that,” Planned Parenthood Action Fund president Alexis McGill Johnson said in a statement.

Republican-led states are rapidly passing anti-abortion legislation in 2022, with the anticipation that the U.S. Supreme Court will reinstate a 15-week abortion ban in Mississippi this spring. The court, with a 6-3 conservative majority, expressed openness to Mississippi’s case during oral arguments in December.

The court’s decision could overturn the 1973 Roe v. Wade precedent, which established the right to abortion before the fetus is viable, and pave the way for states to successfully pass stricter bans.

On Wednesday, Kentucky’s legislature enacted a sweeping anti-abortion bill that has suspended abortions in the state, pending legal challenges. On Tuesday, Oklahoma’s governor signed a near-total abortion ban into law, which would take effect this summer.

Florida’s law is the second 15-week ban that has been enacted this year, after Arizona’s Republican governor signed a similar measure last month.

West Virginia lawmakers also introduced a 15-week ban this year, but that bill died in the Senate.