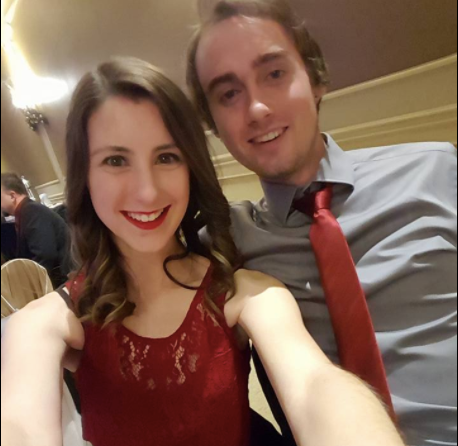 Canadian couple Katie Stephens and Eddie Zytner had their feet swelling after they took a walk by the beach while on vacation at the Dominican Republic. Images: Facebook/Katie Stephens

It was all supposed to be a simple, romantic walk by the beach for this Canadian couple, but things turned painful, literally.

After taking their vacation in Punta Cana, Dominican Republic, 25-year-old Eddie Zytner and 22-year-old Katie Stephens went back home with their feet swelling up as the days went on.

Stephens and Zytner had contracted hookworms, which are parasites that can enter the skin, as reported by CTV News. The couple believes they came into contact with the parasites while walking barefoot on the beach.

Stephens took to her Facebook page on Wednesday to warn others. “If your feet become incredibly itchy please get it checked out right away since we simply thought it was just bug bites and it became worse as each day passed,” she wrote.

Recalling their experience, Zytner said that they first noticed their feet got itchy. “Sand fleas we had heard about so we kind of assumed it was that at first,” he said in a telephone interview to CTV News on Friday.

But things got worse as he noticed small bumps forming on his feet, as his feet started to swell. Stephens also started manifesting the symptoms days later.

The first two doctors Zytner saw were not sure what was causing the swelling; they merely gave him  bandages. It was the third doctor they visited who was able to identify the condition, as he previously treated a tourist who also suffered from the same after a Thailand trip, as per report.

Stephens said they tried to acquire the needed medicine called ivermectin. They sought the help of their doctor to get a request from Health Canada, Canada’s public health department, but this was denied due to their case being classified as “not severe.”

To get their treatment, Zytner’s mother had to travel to Detroit, Michigan and pay CAN$88 (about $71 or P3,600). For this, Stephens sarcastically wrote on her Facebook post, “Thank you Canada for your lovely health care you provide for us!”

So far, the couple is on the road to recovery, and have planned to visit a specialist for a skin treatment.

“They [his feet] feel better,” Zytner said in the interview. “They looked a little bit better yesterday. We’re getting our bandages changed again… so we’ll have another chance to look at them and see how it’s progressing.” Katrina Hallare/JB

Pastor and his wife in Canada face 28 sexual offense charges