The rise of a fascist state

NEW YORK— Philippine democracy is an endangered species, and may fall into a coma, as it did under the Marcos regime.

The latest indication of this is the shutting down of the independent investigative news site, Rappler, for ostensibly violating provisions governing foreign investment and ownership. This is simply another step, albeit a major one, in President Rodrigo Roa Duterte’s relentless assault on the free press, on civil rights–particularly those of the urban poor, likely the most marginalized sector of Philippine society–and more broadly on the Constitution. That step, undertaken by the Securities & Exchange Commission, is being challenged by Rappler, and as of this writing is still active.

Founded in 2012, the online news site has a staff of 100 and attracts 40 million page views a month, making Rappler the top Philippine news site on the web. While Rappler has foreign investors, not a single one of them owns shares in the outfit. In an online article by Marites D. Vitug, editor-at-large of Rappler, “Rappler is 100% owned by Filipinos even if some of its investors are foreign groups like Omidyar Network and Northbase Media. They have used Philippine Depositary Receipts, special financial instruments, to acquire commercial interests in Rappler, without owning a fraction of the company, or having any voting rights or a say in its management.”

(She also had this to say about the paper in whose online edition my column appears: “Last year, Duterte went after the owners of a leading newspaper, the Philippine Daily Inquirer, known for coverage critical of the government. The owners were accused of evading taxes. Soon after, they sold their stake to a business tycoon close to the president.”) 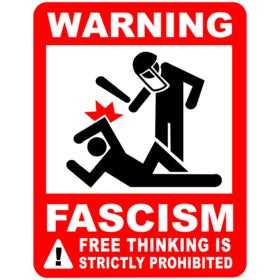 The hijacking of Rappler provides additional proof, if any more were needed, of the Duterte government’s increasingly authoritarian and fascist nature. It is no longer just individuals being targeted but a whole segment of Philippine society.

A free press is one of the essential pillars of an open and democratic society, as it is the main avenue through which citizens expect to get a realistic and transparent portrait of how and what a government is up to. Under the Duterte government, however, the uncensored word is no longer being made flesh, or at the very least faces obstacles towards publication.

As to be expected, government apologists have said that the SEC acted on its own. Anyone who believes that is sleepwalking. And from the looks of it, it seems that a good majority of the state’s citizens are asleep. I do not refer to the down-and-out victims who have forever been put to sleep, or in the parlance of the day, the EJKs. But not completely silenced, thankfully, as many of the victims’ families have come forward to testify against an abusive police system encouraged by a bloodthirsty regime to take all necessary steps in the so-called war on drugs.

This war on drugs is really a moro-moro, a theatrical spectacle with a predictable ending. Experts know it will not succeed; it has not succeeded anywhere that the approach to the drug problem focuses on law-and-order, with its concomitant stress on drug use as a crime rather than a social and health issue that it really is. Besides, as so many commentators, including myself, have observed, the vast majority of those gunned down were “suspects,” denied their day in court, as is their Constitutional right.

In effect, Duterte’s war on drugs is a ruse to help justify, alongside the threat of terrorism, the imposition of strongman rule. Which makes an independent press that much more valuable.

With martial law imposed on Mindanao for 2018, already there is talk of extending it to the whole country. Given that the Congress is largely made up of legislators who seem to have been magically transformed into eunuchs, one cannot look to this supposedly independent institution to stand in Digong’s way. As far as they are concerned, whatever Digong wants, Digong gets.

His alpha-male status allows him to, for instance, all but cede exploration rights to China, over those isles well within Philippine territory. As president, he is obligated to protect the territorial integrity of the nation, and yet, he demonstrates a willingness to be a vassal state to a foreign power. Why? Because he can do it, and he knows he can do it.

Do he, his family and his cronies benefit from kowtowing to Beijing? That is the question.

The reality is that the man wields tremendous power, and if the Congress and the judiciary subordinate their co-equal roles to his, then he can push through an anti-democratic, repressive agenda, one that could very well see a diminution of the territory of the Republic.

Marcos smiles from his grave, while Ninoy Aquino turns in his, along with all those who gave up their lives working for a better, more humane society.