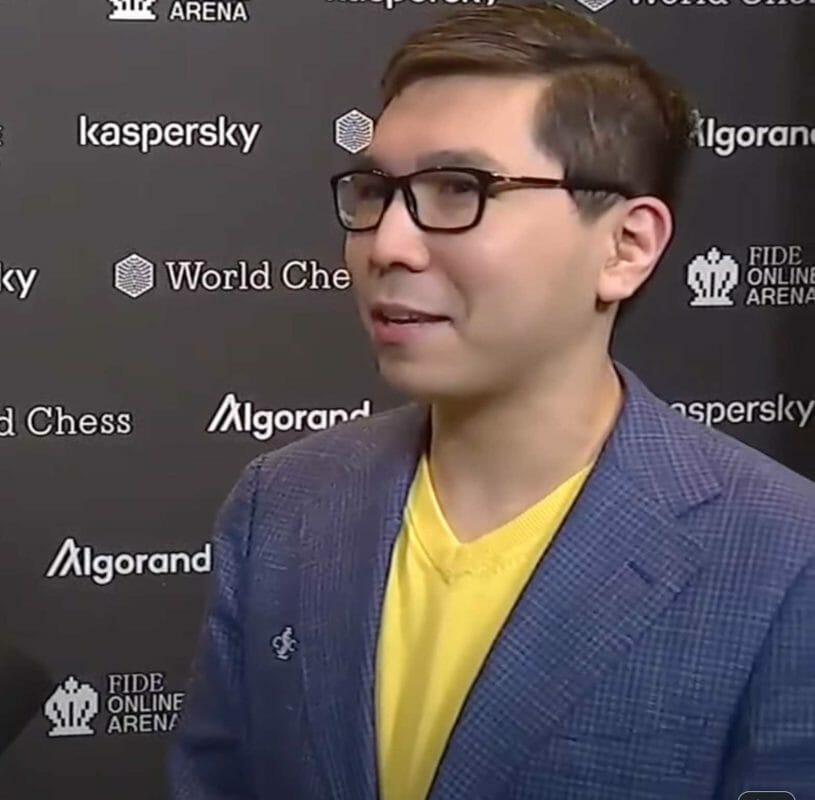 Wesley So wore Ukraine’s colors in the 2nd leg of the Berlin tournament. SCREENSHOT

So won 1½:½ in the third leg of the 2022 FIDE Grand Prix but did not qualify for June’s world title Candidates in Madrid.

Despite the result of the final match, Nakamura qualified for the FIDE Candidates Tournament 2022 and became the overall winner of FIDE Grand Prix Series 2022.

Richard Rapport, who is the second in the overall standings and also got his ticket to the  Candidates, while Wesley So took third place in the Series.

Wesley So said: “I am only 28, and I’m hoping that next year or in a couple of years, I will get a chance to play in the Candidates. The last time I played, I was very inexperienced and finished second to last, so I think if you qualify, you have to be ready to fight for first place.”

After Round 2 of the Third Leg, Woman Grand Master Dina Belenkaya interviewed So and noticed his blue-yellow clothing, the colors of Ukraine’s flag.

So explained that it was a theme shirt that he has worn in competitions, but that he and his family fully support Ukraine against Russia’s invasion, according to a report in WorldChess.com. 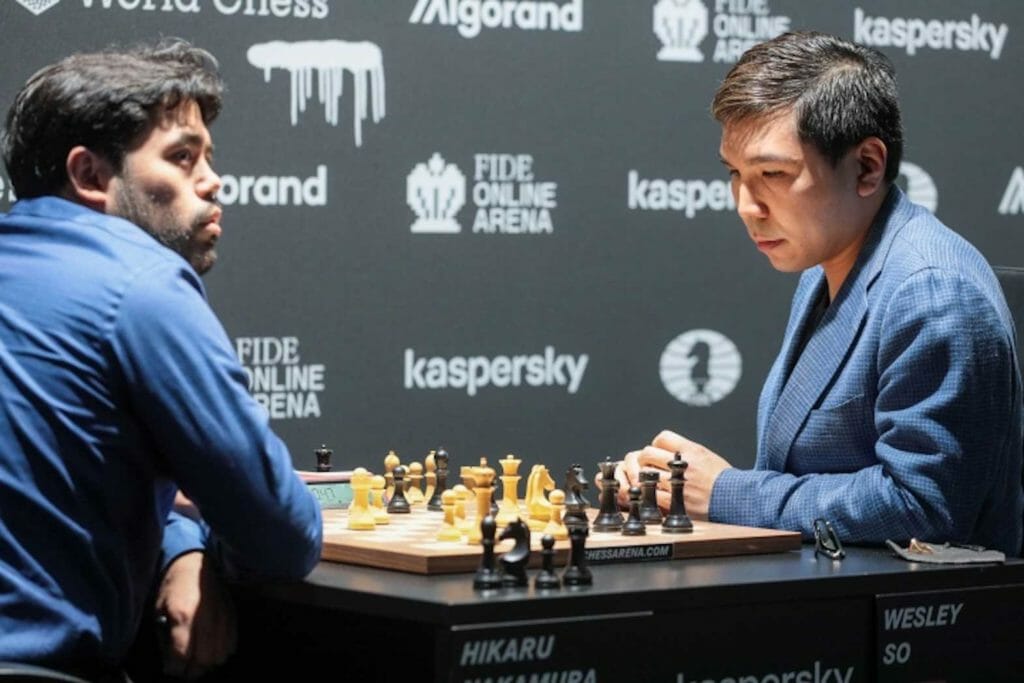 So beat Nakamura (left) 1½:½ in the third leg of the 2022 FIDE Grand Prix but did not qualify for June’s world title Candidates in Madrid. FIDE

“In the 21st century, no one wants war anymore, because there will be no chess first of all, no businesses, and people are dying. I’m a big fan of WWI and WWII history and what I see happening right now is the same thing that was happening back then, and it’s very sad,” So added.

Belenkaya also asked the U.S. GM what he thought of Sergey Karjakin’s ban from competitive chess.

“I saw he’s been writing on Twitter,” So giggled. “I have nothing to say against Sergey but I think he has lost his mind the last couple of months.”

“But do you think it’s proper to judge a sportsman according to his own personal opinion” Belenkaya asked.

“Yes, I think so, because he is using his platform and his fame” answered So. “This is not just about political opinion, it’s about the killing of innocent civilians, and innocent Ukrainians. This is not just politics, it’s war.”