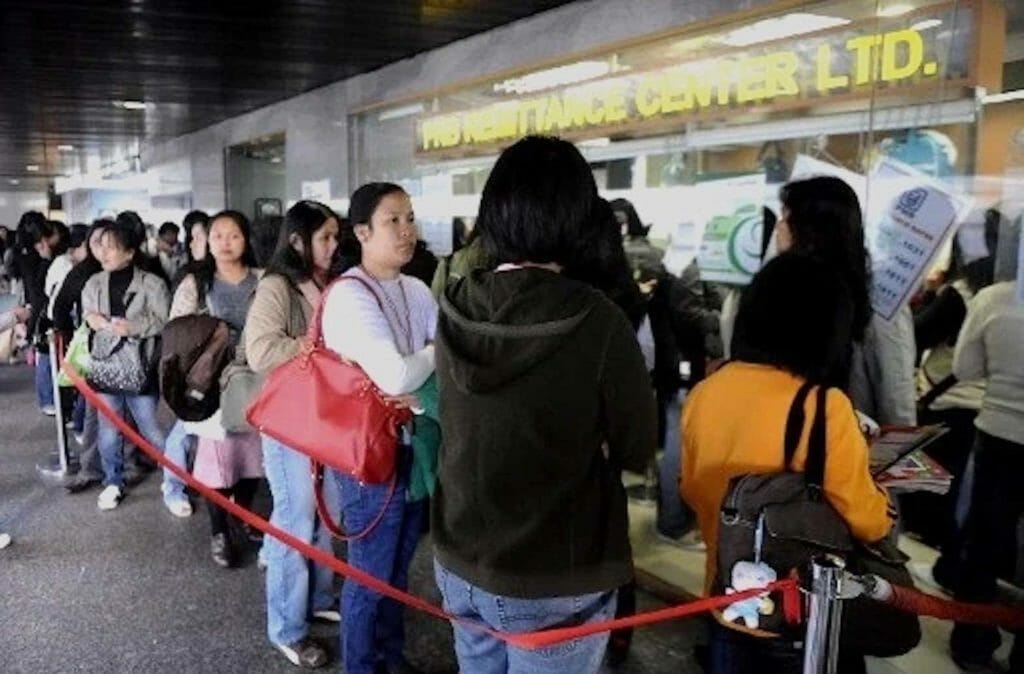 Overseas Filipino workers lining up to send money to families in the Philippine. INQUIRER FILE

Many overseas Filipino workers (OFWs) will reportedly vote for Ferdinand “Bongbong” R. Marcos Jr. for president. That is worrisome news.

Do they realize that a President BBM would be bad for them, and for everyone? It has to do with the flow of money to the Philippines — including investments and remittances from abroad — and international rules that demand transparency and strict adherence.

A Marcos Jr. presidency would result in stricter international monitoring of money flowing into the Philippines, inconveniencing  OFWs with delays in their remittances. Worse, the cost of making remittances would increase. Here’s why.

We should worry that Philippines is already on the “grey list” of the Financial Action Task Force (FATF), an intergovernmental organization founded in 1989 to combat money laundering and terrorist financing.

On the grey list are countries (currently including the Philippines) that are under “under increased monitoring” because of “strategic deficiencies” in their effort to counter money laundering, terrorist and other suspicious forms of financing.

Thus, being on the grey list means higher transaction fees for money transfers and delays in remittances because of tighter scrutiny. It also has negative effects on the flow of investment and it weakens our creditworthiness and trade.

PH Must Clean Up Act

A country on the grey list must cooperate with the FATF in correcting these “strategic deficiencies” within an agreed timeframe.

Kapronasia, a leading Asia fintech consulting firm, wrote on Aug. 25, 2021, that “FATF has been urging Manila to toughen up its AML [anti-money laundering] and CFT [Combating the Financing of Terrorism] controls for several years now.” 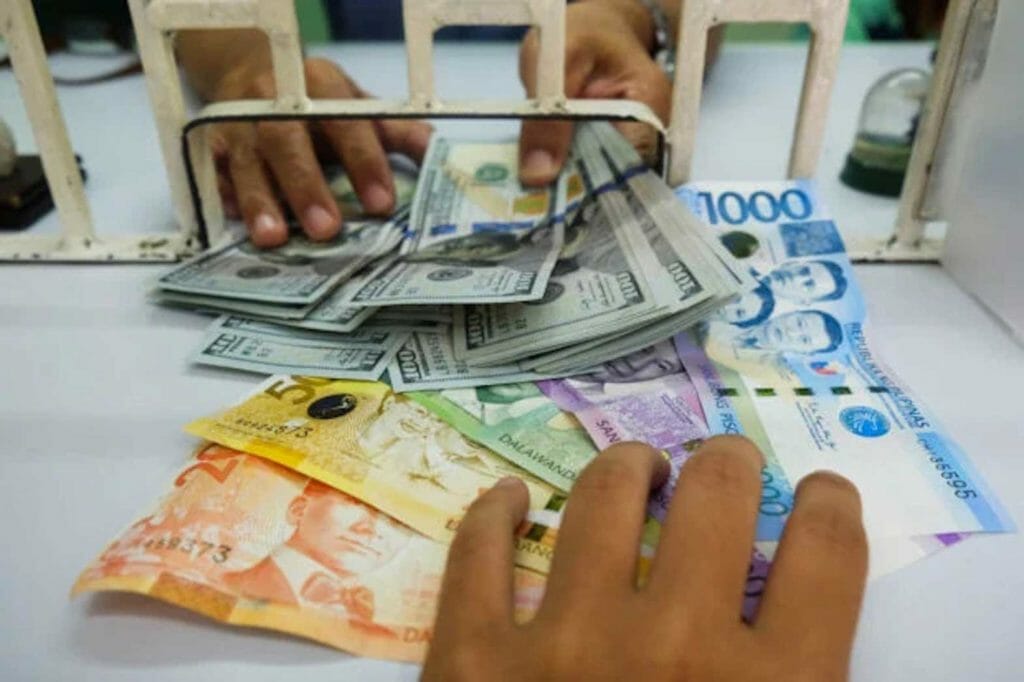 The FATF says the Philippines’ anti-money laundering law must be amended, an action supported by reformers in government, the private sector and civil society.

This “will give the Philippine central bank stronger investigative powers, making it easier for the regulator to examine suspicious bank accounts, and impose heavy penalties,” said Kapronasia.

To be removed from the grey list, the Philippines has to take concrete steps to comply with 40 FATF recommendations. In turn, each recommendation has a set of criteria to be met.

The Asia Pacific Group (APG) on Money Laundering examines if a member country is effectively implementing the FATF standards against money laundering, financing of terrorism, and proliferation financing.

In the APG’s August 2021 “2nd Follow-up Report,” the Philippines” remains partially compliant with the FATF’s 40 recommendations and still has to meet full compliance in other areas, for example:  addressing weaknesses related to the cross-border declaration system; putting restraints on currencies and bearer monetary instruments.

Such would require Philippine Congress to amend existing laws. Other concerns are weaknesses related to virtual asset service providers (VASP), the scope of VASP activities, and the VASP’s wire transfer provisions.

The Philippine Government has to have the political will to meet the many FATF recommendations and standards that would take the country off the grey list.

Inaction makes the Philippines’ financial system suffer from tighter scrutiny, delayed processing of transactions, higher transaction costs, and even a lowering of its credit rating. The latter in turn will jack up interest rates and slow down investments, jobs, and growth.

The next administration, therefore, must have the will to complete the FATF reforms in order to remove the country from the grey list. Can it decisively bolster the country’s anti-money laundering law? Can it put in place other measures to fight tax evasion and terrorist financing?

Alarmingly, investors, creditors, and financial institutions fear that if Ferdinand Marcos Jr. wins the presidency we can say goodbye to the financial reforms needed to get us out of the grey list.

Their worries include the Marcos family’s history of corruption, non-filing of tax returns, tax evasion and money laundering.

Add to all that Marcos Jr.’s uninspiring governance record and his “far from encouraging” economic program, says UK-based Capital Economics, which concluded that “it is unlikely the situation will improve under Mr. Marcos and could easily get worse.”

Pantheon Macroeconomics, another UK-based think tank, says that a victory of Marcos Jr. in the 2022 elections would “carry significant event risk.”

They have very sound reasons to be pessimistic that a Marcos Jr. administration would be good for the Philippines’ financial standing. Why?

Marcos Jr. has flip-flopped on disclosing his Statement of Assets, Liabilities and Net Worth (SALN). What is he hiding?

Despite the international and domestic pressure to strengthen the Anti-Money Laundering Law (AMLA), Marcos Jr., when he was a senator, voted for a softer, deficient AMLA in 2012.

Marcos Jr. has been convicted of tax evasion, specifically the non-payment of taxes from 1982 to 1985.

In October 2012, a US Court of Appeals for the Ninth Circuit upheld a contempt judgment against Marcos Jr. and his mother, Imelda, as executors of the Ferdinand E. Marcos estate. This was in relation to a human rights class suit against the dictator.

Marcos Jr. and Imelda violated an injunction that prohibited them from hiding the assets of the Marcos estate. The judgment amounted to $353.6 million, which the Marcoses have refused to pay. The Court can issue a warrant to compel the Marcoses to appear in order to comply with the judgment.

During the Rodrigo Duterte administration, in 2018, the Sandiganbayan convicted Imelda Marcos on seven counts of graft for laundering $231 million in Swiss accounts. She named herself and her children as the beneficiaries of the Swiss accounts.

In 2016, investigative journalists revealed the Panama Papers, which contained information on shell corporations that the ultra-rich, including Filipinos, to secrete their assets and taxes.

“Although shell corporations are not illegal in and of themselves, their anonymity and lack of transparency mean that they can be used for tax evasion, fraud, and evading sanctions,” says Bloomberg Tax.

The U.S. government’s Financial Crimes Enforcement Network (FinCEN) closely monitors the Philippines as a high-risk jurisdiction for money laundering and other financial crimes. It can penalize the Philippines, to the detriment of Filipino citizens abroad and their families back home.

The U.S.is the largest source of overseas Filipino remittances. Moreover, financial transactions from other countries that use the US currency also flow to US financial centers. They are all subject to the tight scrutiny and discipline of FinCEN.

The worst scenario, God forbid, is a Marcos Jr. presidency rolling back the previous measures to fight financial crimes. This is plausible, for the Marcoses want to preserve their ill-gotten wealth, which the government has yet to fully recover.

Such probability would put the Philippines on the FATF black list. That means the global community will be called on “to apply counter-measures” against a country violating the FATF standards.

Being on the black list brings terrible consequences. It damages the credibility and creditworthiness of a country, diverting investments, subjecting loans higher interest rates, and disrupting trade.

Stricter due diligence measures will inconvenience OFWs with delays in remittances. Worse, the cost of making remittances will increase.

To the OFWs and their families, beware of a Marcos Jr. presidency. We do not want OFWs’ remittances to be burdened with higher fees and delays. And we do not want our economy to become a North Korea.

Filomeno Sta. Ana III is the cofounder and coordinator of Action for Economic Reforms (AER), a policy research and advocacy group that focuses on macroeconomic issues, specifically linking growth with poverty reduction, equity and sustainability. An earlier version of this article appeared in Business World.