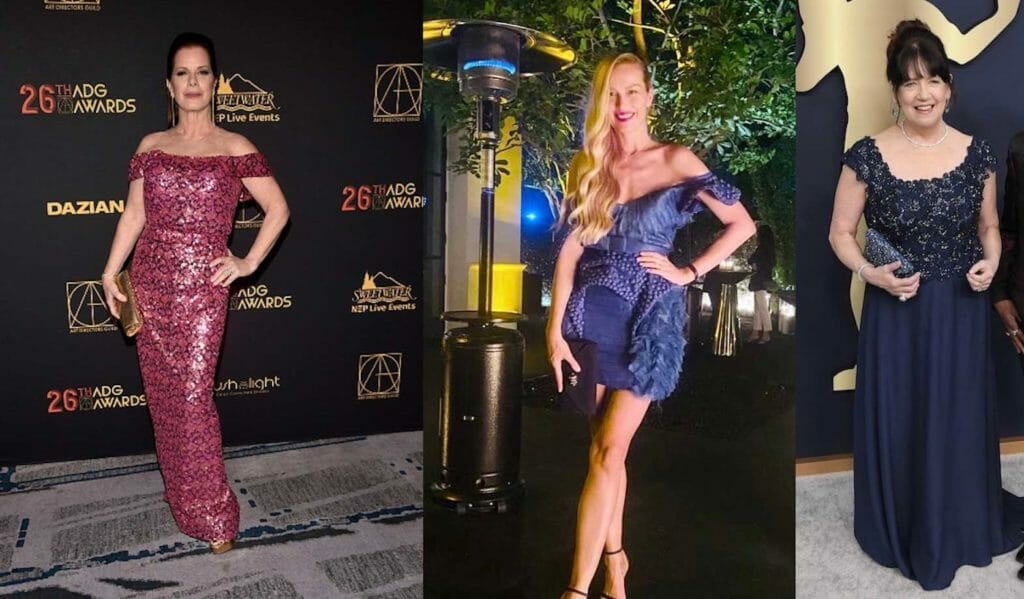 Harden won Best Supporting Actress Oscar for Pollock in 2000 and again was nominated for supporting actress in Mystic River.  Harden previously wore a Tolentino black and white gown to the Producers Guild Awards a few years ago.

Actress Danica Mckellar, known for The Wonder Years and many Hallmark movies, presented an award to Kid LaRoi at the iHeartRadio Awards show, televised in the U.S., in a see-through tulle mermaid gown with royal blue fabric remnants in a geometric design.

Her gown was featured across media platforms such as E!News and Yahoo, Good Housekeeping and Country Livingmagazines, and on the Today Show.  This also isn’t the first time McKellar has worn the designer’s creations. Three years ago she walked New York Fashion Week’s American Red Cross charity fashion show in his red gown.

Three celebs of Filipino descent also wore Tolentino looks in the past few weeks. Actor Vincent Rodriguez (Crazy Ex-Girlfriend) attended last week’s premiere of Michelle Yeoh’s new movie, Everything Everywhere All At Once, in the designer’s piña Barong Tagalog. Rodriguez is currently starring in With Love on Amazon Prime.

Oliver Tolentino boutiques are located in Beverly Hills and Makati.