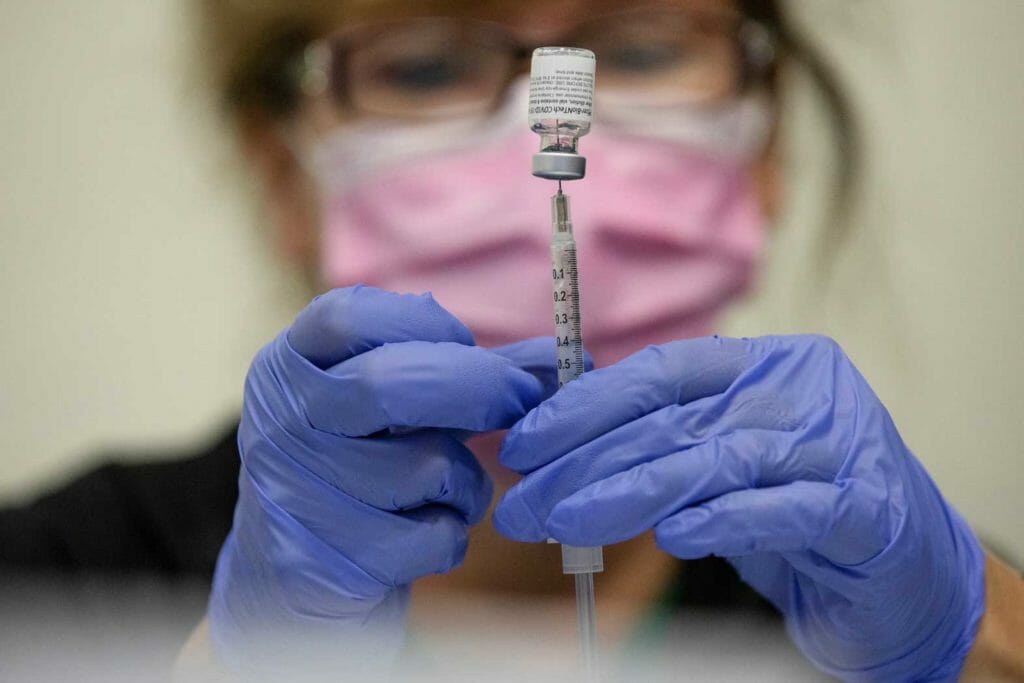 The FDA also authorized the second booster dose of the vaccines for younger people with compromised immune systems. REUTERS

The U.S. Food and Drug Administration on Tuesday authorized a second booster dose of the two most commonly used COVID-19 vaccines for people age 50 and older, given data showing waning immunity and the risks posed by Omicron variants of the virus.

The agency said the new boosters – a fourth round of shots for most vaccine recipients – of the Pfizer Inc/BioNTech SE and Moderna Inc vaccines are to be administered at least four months after the previous dose. They are intended to offer more protection against severe disease and hospitalization.

The FDA also authorized the second booster dose of the vaccines for younger people with compromised immune systems – those aged 12 and older for the Pfizer/BioNTech shot and 18 and older for Moderna’s.

The authorization comes as some scientists have raised concerns about the highly contagious and newly predominant BA.2 Omicron subvariant, which has driven new spikes in COVID-19 cases in other countries.

COVID-19 cases in the United States have dropped sharply since a record surge in January, but have seen a small uptick over the past week, according to data from the U.S. Centers for Disease Control and Prevention.

“Based on an analysis of emerging data, a second booster dose of either the Pfizer-BioNTech or Moderna COVID-19 vaccine could help increase protection levels for these higher-risk individuals,” top FDA official Dr. Peter Marks said in a statement.

The FDA said it had looked at data from a relatively small, ongoing clinical trial in Israel to help make its decision. In addition, safety data from more than 700,000 people who received second boosters in Israel revealed no new concerns, the agency said.

Scientists and officials have debated for months if and when an additional booster shot would be needed as they parsed data on how long protection from the vaccines and boosters would last.

“It’s not clear that now is the right time for people to get a fourth dose,” Dr. William Moss, executive director of the International Vaccine Access Center at the Johns Hopkins Bloomberg School of Public Health said.

If there is a surge in cases in late fall or early winter, as is typical for respiratory viruses and influenza, an additional boost may then be needed, he said. The body’s neutralizing antibodies spurred on by a fourth booster given now may decline in just a few months, he said.

It is also unclear whether young, healthy people will need a fourth shot. The study of Israeli healthcare workers cited by the FDA suggested that the fourth dose added little additional protection in the age group.

Biden administration officials have said that the U.S. government currently has enough doses of the vaccines to meet the demand for another round of booster shots in older Americans, even as funding for the U.S. pandemic response has all but run out.

They say that unless Congress approves more spending, the government will not be likely to be able to be pay for future inoculations, if they are needed, particularly if the vaccines need to be redesigned to target new variants.

Around two-thirds of fully vaccinated Americans over the age of 65 and just over half of people between the age of 50 and 64 have gotten their first booster dose so far.