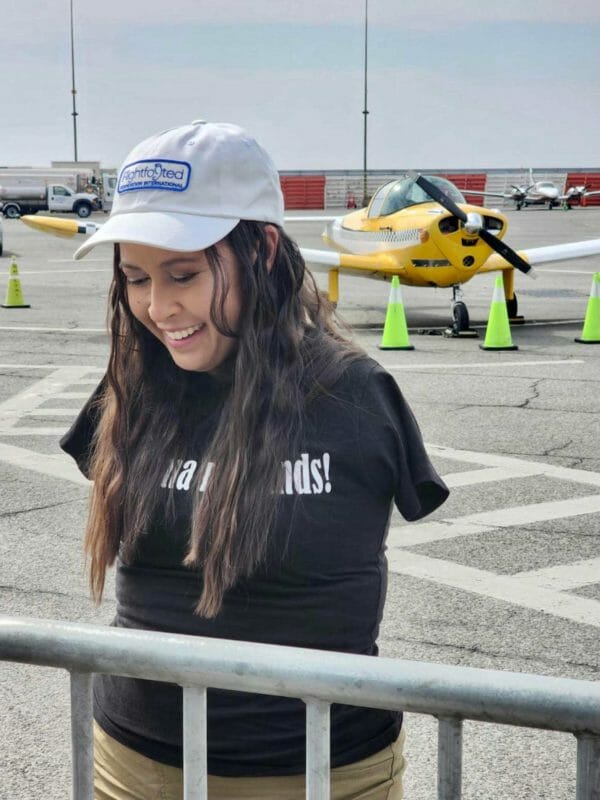 NEW YORK—Filipino American Jessica Cox, the world’s first and only licensed armless pilot, put a spotlight on the differently abled last Saturday as she flew her 1946 Ercoupe into JFK Airport.

With the vintage airplane going at 90mph and requiring refueling stops every four hours, bringing it to New York from Tucson, Ariz. took six days. Cox and her co-pilot flew the last 30-minute leg from New Jersey.

“This month is Women’s History Month, and I knew that we needed to get the message out not only about women but [also] children with disabilities,” Cox told INQUIRER.net shortly after landing at JFK Airport.

The opportunity to hold the event in New York came with a speaking engagement booked by aviation IT specialist Sita Aero, which invited the armless pilot to inspire more children using her 1946 Ercoupe.

Cox interacted with more than a dozen children with limb differences and women with disabilities at JFK Airport, telling them how she lives without arms and how she flies her Ercoupe.

“This particular model is what allows me to fly with no restrictions. I fly with the standard controls and mind you, some of these instruments are very old, you know from the ‘40s,” Cox said. 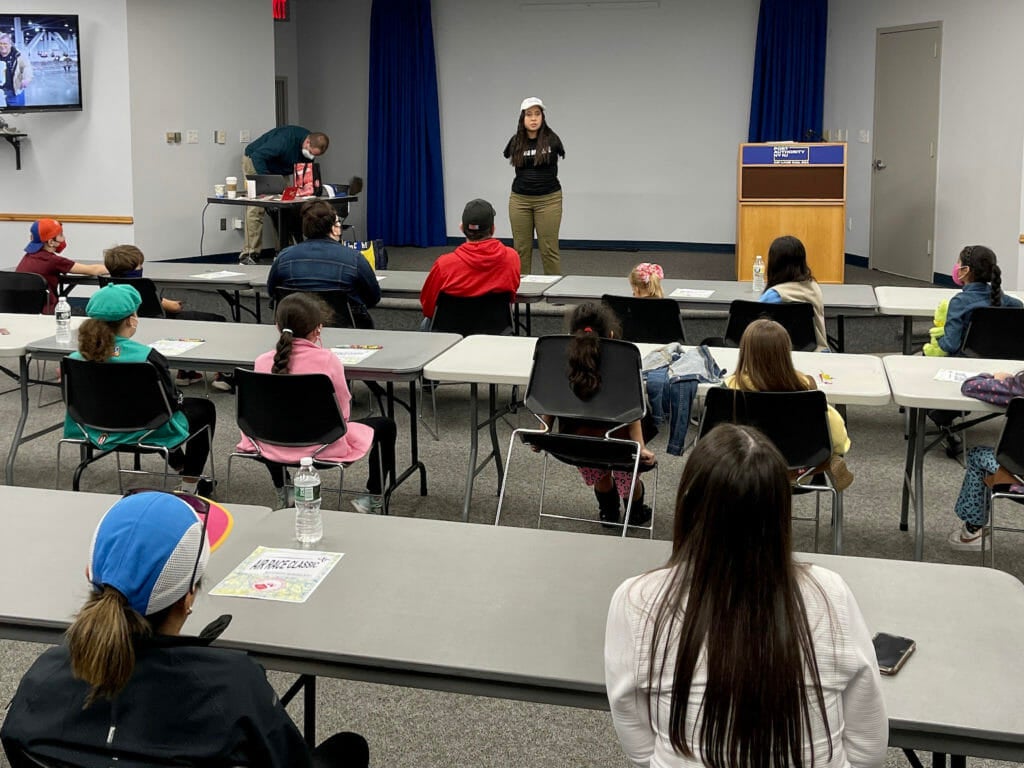 Jessica Cox addressed more than a dozen children with limb differences and women with disabilities at JFK Airport, telling them how she lives without arms and how she flies her Ercoupe. INQUIRER/Elton Lugay

A motivational speaker and life coach by profession, Cox has gone to 27 countries to spread the word about what she calls possible thinking. Her main message is that “disability does not mean inability”. Especially with children, her life story has been eye-opening.

“First of all, they know. ‘Oh, you don’t have arms, so how do you do everything?’ And the moment I tell them, they have this like awe and the sense of revelation like, wow, you can do something differently. And I hope that stays with them for the rest of their lives,” Cox said.

Telling children how she overcame the fear of flying also resonates very well.

“One of the greatest fears when I meet with children with the airplane is the scary thought of being up in the sky, but I share that same feeling. Flying was my greatest fear and I thought what better way to get over it than to just do it. And that for me has been my message – you know, even if you’re afraid to do something, even if something’s a little scary, you still do it and you overcome it. And that’s what I like to share with that child who says, ‘I’m scared of flying,’” Cox said.

Aside from being a Guinness World Record holder as the first licensed armless pilot, Cox is a certified scuba diver and taekwondo black belter who holds an unrestricted driver’s license. She has taken interest in cooking and shares the experience in a vlog called “Toe Food Tuesdays”. Though she hasn’t quite met someone who could follow in her footsteps, perhaps it is a matter of time.

“I have met other pilots with disabilities but no one specifically I know of that was born without arms that has interest in pursuing aviation.  But I’m sure there’s some little girl out there or a little boy out there [who will],” Cox said.