How US gov't shutdown may affect your health

How US gov’t shutdown may affect your health 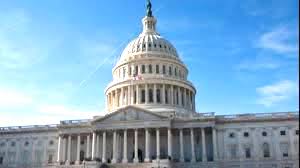 A government shutdown will have far-reaching effects for public health, including the nation’s response to the current, difficult flu season. It will also disrupt some federally supported health services, experts said Friday.

In all, the Department of Health and Human Services will send home — or furlough — about half of its employees, or nearly 41,000 people, according to an HHS shutdown contingency plan released Friday.

Here are some federal services and programs consumers might be wondering about:

CENTERS FOR DISEASE CONTROL AND PREVENTION

According to the HHS plan, the CDC will suspend its flu-tracking program. That’s bad timing, given the country is at the height of a particularly bad flu season, said Dr. Peter Hotez, dean of the National School of Tropical Medicine at Baylor College of Medicine in Houston. Without the CDC’s updates, doctors could have a harder time diagnosing and treating patients quickly, he said.

Although states will still track flu cases, “they won’t be able to call CDC to verify samples or seek their expertise,” said Dr. Thomas Frieden, who was the director of the agency during the 2013 government shutdown.

A government shutdown will also affect the CDC’s involvement in key decisions about next year’s flu vaccine, which are scheduled to be made in coming weeks, said Dr. Arnold Monto, a professor of global public health at the University of Michigan.

Beyond the flu, the CDC will provide only “minimal support” to programs that investigate infectious-disease outbreaks. The Atlanta-based agency’s ability to test suspicious pathogens and maintain its 24-hour emergency operations center will be “significantly reduced,” according to the plan.

That could prevent the CDC from identifying clusters of symptoms and disease “that are the earliest indicators of outbreaks,” Frieden said.

Although the NIH will continue to treat patients at its clinical center in Bethesda, Md., the agency will not enroll new patients in clinical trials — which many people with life-threatening illnesses see as their last hope.

Beneficiaries will be largely unaffected by a shutdown, especially if it is short. Patients will continue to receive their insurance coverage, and Medicare will continue to process reimbursement payments to medical providers. But those checks could be delayed if the shutdown is prolonged.

States already have their funding for Medicaid through the second quarter, so no shortfall in coverage for enrollees or payments to providers is expected. Enrolling new Medicaid applicants is a state function, so that process should not be affected.

States also handle much of the Children’s Health Insurance Program (CHIP), which provides coverage for lower-income children whose families earn too much to qualify for Medicaid. But federal funding for CHIP is running dry — its regular authorization expired on Oct. 1, and Congress has not agreed on a long-term funding solution. Federal officials announced Friday that the staff necessary to make payments to states running low on funds will continue to work during a shutdown.

According to the HHS plan, the Health Resources and Services Administration will continue to operate the nation’s 1,400 community health centers — clinics that serve about 27 million low-income people, providing preventive care, dentistry and other basic services. It will also continue the Maternal, Infant and Early Childhood Home Visiting Program, which targets low-income and at-risk families with house calls and lessons for healthy parenting. That program served about 160,000 families in fiscal year 2016.

But even those programs may not be at full speed. Funding for community health centers and the home visiting program was not renewed last fall — a casualty of Congress’ fight over the CHIP reauthorization — so, they are operating on left-over funds.

The shutdown will not affect some of the most politically charged health care programs, including ones created by the Affordable Care Act. Subsidies for people who get their health insurance through healthcare.gov or state marketplaces will not be affected, according to HHS.

Staffing for the Department of Veterans Affairs will remain largely intact. “Even in the event that there is a shutdown, 95.5 percent of VA employees would come to work, and most aspects of VA’s operations would not be impacted,” said department press secretary Curtis Cashour in an email.

More than 99 percent of employees of the Veterans Health Administration, which runs the health care system, will continue working, according to the department’s contingency plan.

However, the Veterans Benefits Administration, responsible for overseeing benefits such as life insurance and disability checks, will face larger cutbacks. Over a third of its employees face furlough under a government shutdown.

In the short term, the crucial activities that protect consumers will get done, said Jill Hartzler Warner, who was the associate commissioner for special medical programs at the FDA during the 2013 shutdown.

Programs that are critical for the public safety will continue, as will positions paid for by user fees, including work under the Center for Tobacco Products, according to the HHS plan.

The hundreds of staff members who conduct sample analysis and review entry of products into the U.S. will continue to work. However, routine inspections and laboratory research will cease.

Warner, who left the agency in March 2017 and now works as an industry consultant, said grants for rare-disease drug development were determined in 2013 to not be necessary and were postponed.

The Administration for Community Living will not be able to fund federal senior nutrition programs during any shutdown, according to HHS officials. But it was not immediately clear how quickly clients would be affected.

A shutdown could delay federal reimbursements to independent Meals on Wheels programs, which serve more than 2.4 million seniors nationwide, according to Colleen Psomas, a spokeswoman for Meals on Wheels America. That could force programs to expand waiting lists for meals, reduce meals or delivery days, or suspend service, she said.

The magnitude of the effect could vary by the length of the shutdown and any final allocation. Some programs, however, could weather a shutdown, staffers said. In Portland, Ore., Meals on Wheel People spokeswoman Julie Piper Finley said meal delivery there will not be suspended. That agency receives about 35 percent of its funding through the Older Americans Act, but raises the rest of the money, ensuring that services are not disrupted.

Meanwhile, services connected to food and nutrition services for other needy populations are likely to keep operating with state partners who have funding through February and, in some cases, March, according to a Department of Agriculture spokesperson. Those programs include the Supplemental Nutrition Assistance Program, the Child Nutrition Programs and the Special Supplemental Nutrition Program for Women, Infants and Children.

The FDA’s food safety programs will cease, according to the HHS plan, but inspections conducted by Agriculture’s Food Safety and Inspection Service (FSIS) will continue.

Ronholm added that many FSIS employees are “career folks” who have worked there through previous government shutdowns. “There was a lot of built-in knowledge of how to function during the [2013] shutdown,” he said, adding that this expertise would help the agency if there is another shutdown.

This article was updated on Jan. 20 to reflect that the deadline for government funding had passed without an agreement in Congress.