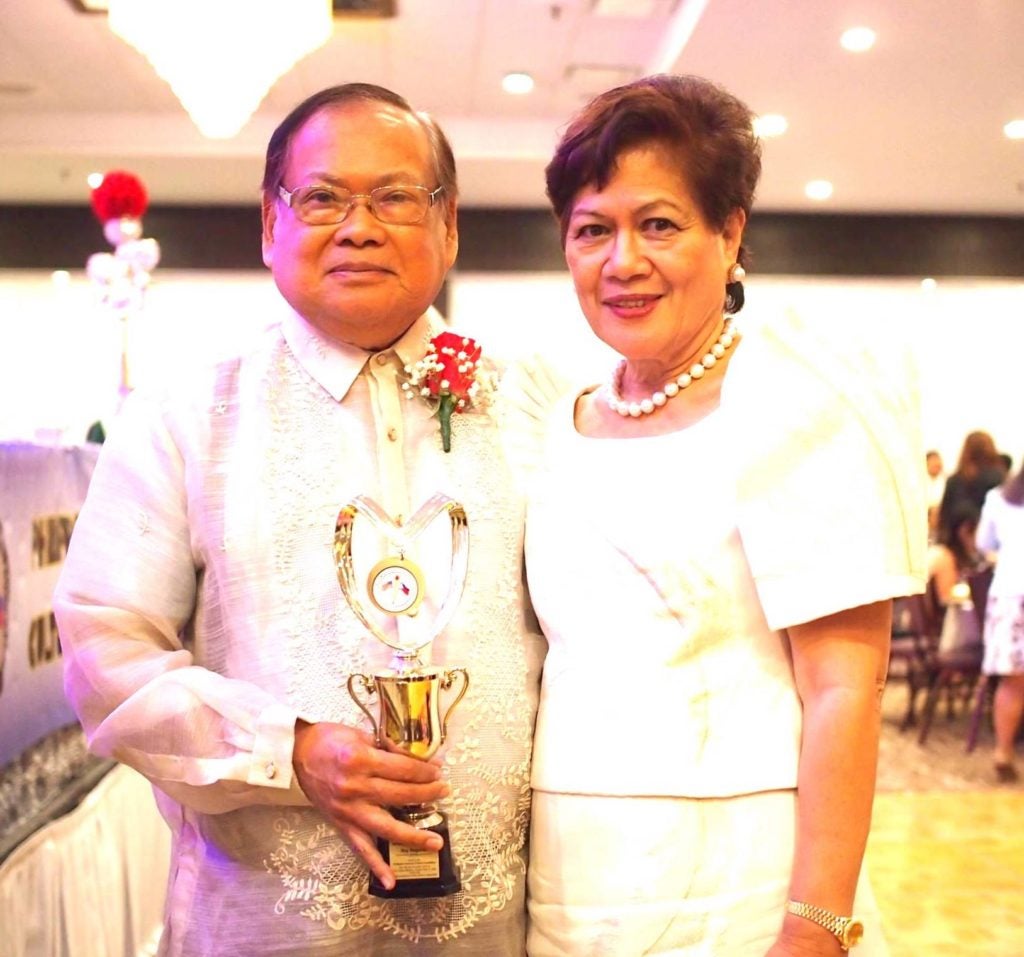 CHICAGO—Shock over the tragic death of seven medical missionaries in the crash of a tour van carrying them in Alegria, Cebu, on January 20 continues to reverberate in the Filipino community in this city.

The health care workers were on their way their annual medical missions in Camiguin, and island near Cebu, and their death has elicited prayers and disbelief from grieving compatriots in the Chicago area. 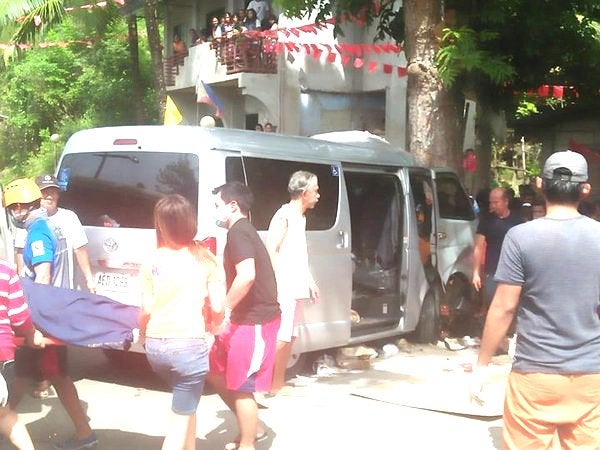 The Toyota van crashed into a roadside tree when the driver-owner admitted dozing off at the wheel. ALEGRIA POLICE

Taken to various local hospitals with serious injuries are Dr. Elenita Rubio, wife of Nunilo and husband and wife—Fred and Nora Tsai of Chicago. They are 10 of the four-dozen volunteers of this year’s medical mission organized by the Philippine Medical Association of Chicago (PMAC) and its Women’s Auxiliary that is expected to start Monday, January 22 in the Camiguin Island.

The driver, Gilbert dela Cruz, 24, survived the accident with minor injuries. In a Cebu Daily News report, Alegria chief of Police, Efren Diaz, said that dela Cruz admitted dozing off on the wheel but denied using drugs. The officer also said that the driver admitted getting only an hour’s sleep before he started his fateful trip with the out-of-towners early that Saturday. 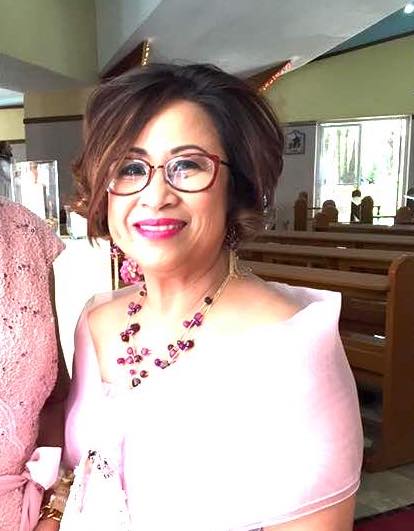 Aurora Gagni (right), a nurse from Orland Park, Illinois, also died on the scene of the late morning accident. FACEBOOK

Further, Diaz declared that the driver is now in custody pending charges against him for reckless imprudence resulting in multiple homicide and physical injuries. Report has it, the group was on the way to spend the rest of day at the Kawasa Falls in Badian when the mishap happened after spending the morning whale shark-watching in Oslob—an area in the southwest of Cebu.

The Rubios and the Tsais are both couples respected by many in the area for their professional achievements and their philanthropic endeavors. Dr. Nunilo Rubio was a former PMAC president and was voted by his PMAC peers for their group’s and his alumni association’s, Far Eastern University Medical Association, “Most Outstanding Physician of the Year.”

The diabetes pavilion of the St. Mary Hospital in the west side of Chicago  is named after him—just to name of the numerous accolades bestowed upon Dr.Rubio. He and his wife, Elenita had been medical lecturers. Elenita is the incoming PMAC president.

The Philippine American Cultural Foundation voted them recently as “Model Family” along with their three sons—Nunilo Jr, Noel—both medical doctors– and Nate, a physical therapist. 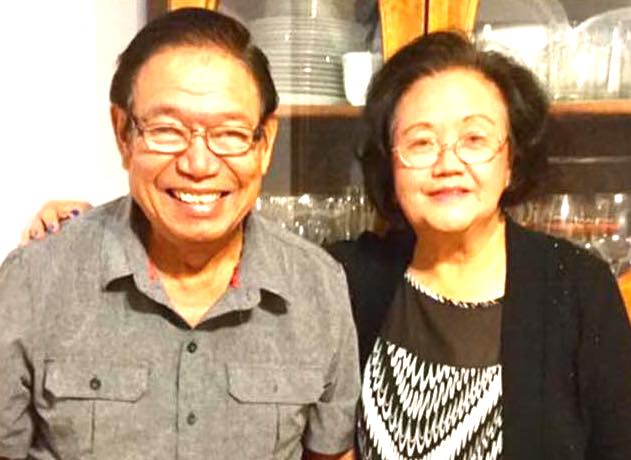 Reynaldo and Diana Pascual of White Plains, New York were guest PMAC missionaries but became two of the seven victims of the tragedy. FACEBOOK

All three sons enplaned to Cebu a day after the accident to be with their mother and to make funeral arrangements for their father. The Rubios were originally from Bacoor, Cavite.

Like the Rubios, Fred and Nora Tsai never let up with the community endowments despite being past their retirement age. Fred was a partner in the noted engineering firm, Sargent & Lundy in Chicago.

They have been participants in the PMAC medical missions over a period of many years. Nora is a registered nurse. The Tsais invited the Huangs to join them this year but the Huangs and Berenice Roxas. did not survive the trip.

Aurora had two children with her husband Tito Gagni. Though a nurse by profession, flower arrangement was her avocation—that earned her a wide clientele for the many social gatherings in the area. She was on her sixth year of being a medical missionary with the PMAC. Reynaldo J. and Diane Pascual joined this year’s mission through her invitation.

Originally from Tibao,La Union, her family has not made final funeral arrangement as of press time for Aurora. When contacted, her husband, Tito, had begged off giving any comments. 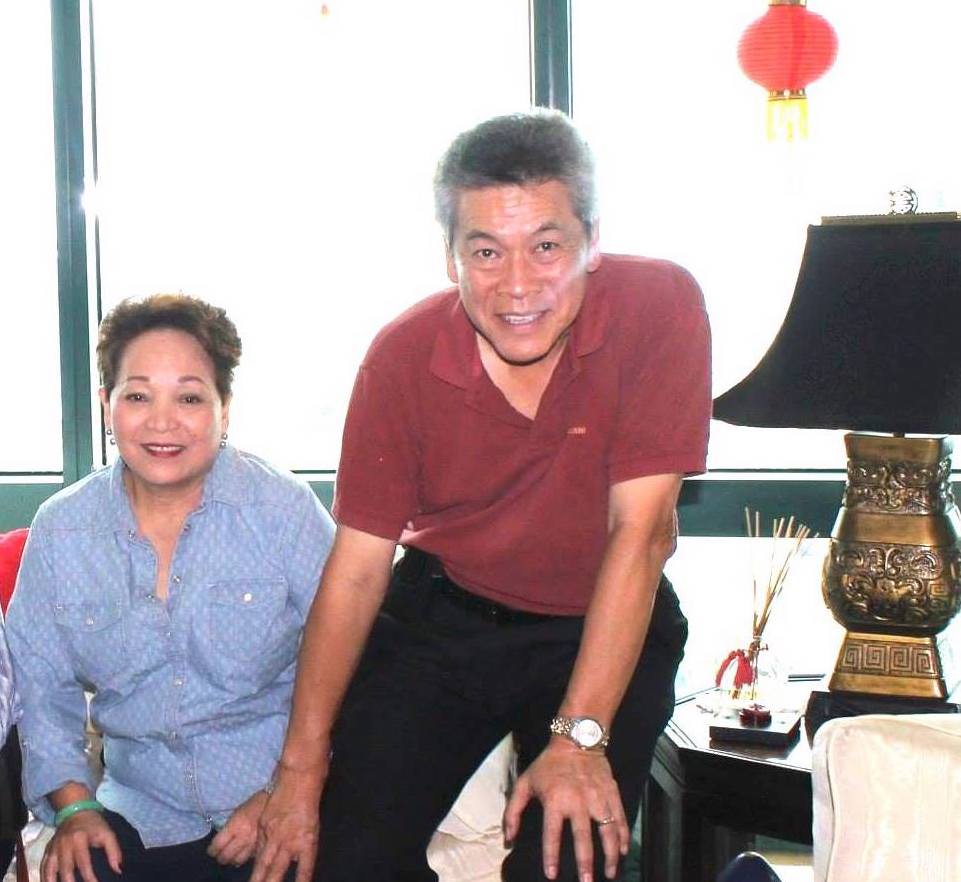 The PMAC has been sponsoring these medical missions early in every year for about four decades now. They treat an average of one to two thousands indigent patients each time. They bring with them dozens of balikbayan boxes of medical supplies and medicine.

Dalisay Villalon, a nurse and a past president of the PMAC Auxialiary said in an interview,“ The death of these seven volunteers shocks me to no end…I have to double check what I read online…Sadly, it shows the volatility of man’s life… but our desire to serve the poor and the sick should continue as it will be this year for the PMAC despite this tragedy. The missionaries will continue healing even as we mourn those who passed on.”

Community news publisher, Yoly Tubalinal who considers the Rubios close friends, posted a statement online that she and her fellow church members pray for the families of those who died and also for the healing for those injured—just like what many in this grieving community are doing.

“This reminds us all that life is so fragile. It’s important to cherish our loved ones while they are around… in flesh because we’ll never know when they will be taken away from us,” wrote Tubalinal.