What is Omidyar Network and why did it invest in Rappler?

What is Omidyar Network and why did it invest in Rappler?

In its bid to silence Rappler, the Duterte government used the investment of a U.S.-based organization called Omidyar Network to argue that the media organization is some pawn of a foreign entity.

It’s a safe bet that Rappler CEO Maria Ressa would never say something like this: “Hey, we have to publish stories Omidyar Network demands since they’re giving us money.”

On the other hand, Duterte faces convincing accusations that he’s behaving like a puppet of Beijing with jaw-dropping public statements, like when it was reported that  China planned to build structures on Panatag Shoal, off the coast of Zambales province: “We cannot stop China from doing those things. What do you want me to do? Declare war against China? I can’t.” 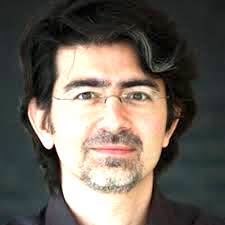 In any case, the assault on Rappler is an opportunity to explore and explain its relationship with the Omidyar Network and its other funders.

For one point Rappler’s critics have raised is valid: the public has the right to know where an influential media outlet is getting its financing. (On Monday, Rappler published a page to respond to questions related to its SEC case.)

Rappler has stressed that it was structured in a way that made sure control always remained with the journalists, which is unusual for a major Philippine media organization.

“We wanted to set conditions where we are the owners and anyone who comes in must agree with our values and our vision,” Ressa told me. Omidyar Network’s economic stake in Rappler is only 5.5%.

In a statement Omidyar Network affirmed that it “does not own any shares” in the Rappler entities, “nor does it have any voting rights, management responsibilities or any other form of control in either company nor any editorial input in Rappler.”

But what is Omidyar Network? And why did it decide to invest in Rappler?

I covered technology and Silicon Valley from 2001 to 2014 and became familiar with the man behind the Omidyar Network: Pierre Omidyar.

Omidyar became one of the stars of the Silicon Valley dot-com boom in the 1990s. He’s familiar to Filipino web entrepreneurs — or those who simply wanted to make an extra buck by selling old stuff: Pierre Omidyar is the founder of eBay.

That makes him one of the pioneers of e-commerce. If you like shopping online, well, you can thank Pierre Omidyar for helping make that possible.

Launching eBay and being part of the dotcom revolution made Omidyar very rich. But while other Silicon Valley dot-com pioneers pursued ventures that focused mainly on making them even richer and more powerful, Omidyar had other ideas.

“It’s pretty clear that Pierre Omidyar is on the side of the angels,” Roger Kay, a respected technology analyst who has followed Omidyar’s career, told me.

“He’s a guy who made a lot of money early enough and easily enough so that he still retains some of his idealism.  It’s a rare combination.”

Omidyar’s attitude toward his money was explored in a Nov. 2014 article in New York Magazine. While other tech billionaires like Jeff Bezos, Elon Musk, Sergey Brin and Larry Page looked to use their wealth to find a cure to Parkinson’s Disease or to  travel to outer space, Omidyar “had trouble settling on a moon-shot project,” the story said.

“He didn’t aspire to live forever or touch the stars. He wanted to do unglamorous work at the grass roots, applying the optimistic lesson he drew from eBay: that ‘people are basically good’ and capable of overcoming forces like disease, ignorance, poverty, and repression.”

In 2004, Omidyar used his dot-com wealth to launch Omidyar Network. Described on its website as a “philanthropic investment firm,” the organization offers nonprofit grants and makes for-profit investments in startups.

But while many investors are on the hunt for the next Snapchat or the next Facebook, Omidyar Network’s for-profit ventures are based on the principles of “impact investing.” Also known as socially responsible investing, impact investing focuses on young companies that are looking to become viable businesses, but whose main goal is to have a positive impact on societies or the environment.

On its website, Omidyar Network cited Rappler’s “unique approach,” which  “brings together journalism, civic engagement, and crowdsourcing to foster conversations that lead to real-world activism.” 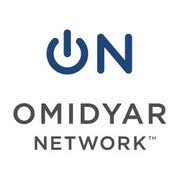 The other startups and organizations Omidyar Network has invested in are involved in one form of social and civic engagement or another. Here are some of them:

Omidyar himself has acknowledged the importance of a responsible and responsive media. In 2010, he founded Honolulu Civil Beat, a news and investigative reporting site that aims to serve as “watchdogs of the public’s trust” in Hawaii where Omidyar lives.

He took his interest in media and the right to information to another level in 2013. That’s when he launched First Look Media, which seeks to become an alternative to mainstream corporate media in the United States.

The First Look Media homepage features the battle cry: “We will not be silent” and a quote from Pierre Omidyar: “Our nation is stronger when we protect the rights of individuals to speak their minds, associate with whomever they please and criticize their government and others in power.”

In April 2017, Omidyar announced that he was donating $100 million to financing investigative journalism projects and to fighting the spread of “fake news” and other forms of misinformation.

“He understands the importance of freedom of the press in a democracy,” Roger Kay, the technology analyst, said.

The eBay founder’s background as the son of Iranian immigrants, he added,  also “made him more than ordinarily sensitive to the issues of underrepresented populations.  His philanthropic work is clearly public spirited.”

Kay doesn’t know much about Rappler, although he has, of course, heard about Duterte who strikes him as “like a worse, more violent version of Donald Trump.”

While Duterte probably has never heard of Pierre Omidyar, the contrast between the two are striking to Roger Kay.

“Omidyar’s pet causes of education and freedom of information fly right in the face of Duterte’s desire to mislead and control the population of the Philippines.”

Your subscription could not be saved. Please try again.
Your subscription has been successful.
MORE STORIES
The Unlikely Love Story: ‘Marrying My High School Bully’
Grammys 2023: “Baraye” by Shervin Hajipour Named Best Song for Social Change
Exploring the Mysterious Dinosaurs of North America’s Lost Continent
Don't miss out on the latest news and information.