Fil-Am DACA recipient hangs on to her dream

Fil-Am DACA recipient hangs on to her dream

She’s 20, an Asian American Filipino who immigrated to the U.S. with her parents when she was six. They all entered legally under her father’s work visa.

But as Filipinos know, things happen.

Her father lost his job and his visa. Perez and her family became what Filipinos love to call TNTs, a term of endearment for visa overstays.

She’s not afraid to talk about it either.

And now she, and about 800,000 others who are recipients of the Deferred Action on Childhood Arrivals program, often referred to as Dreamers, are the reason the U.S. government has shut down.

And everyone in the world has the right to ask, “Why?” 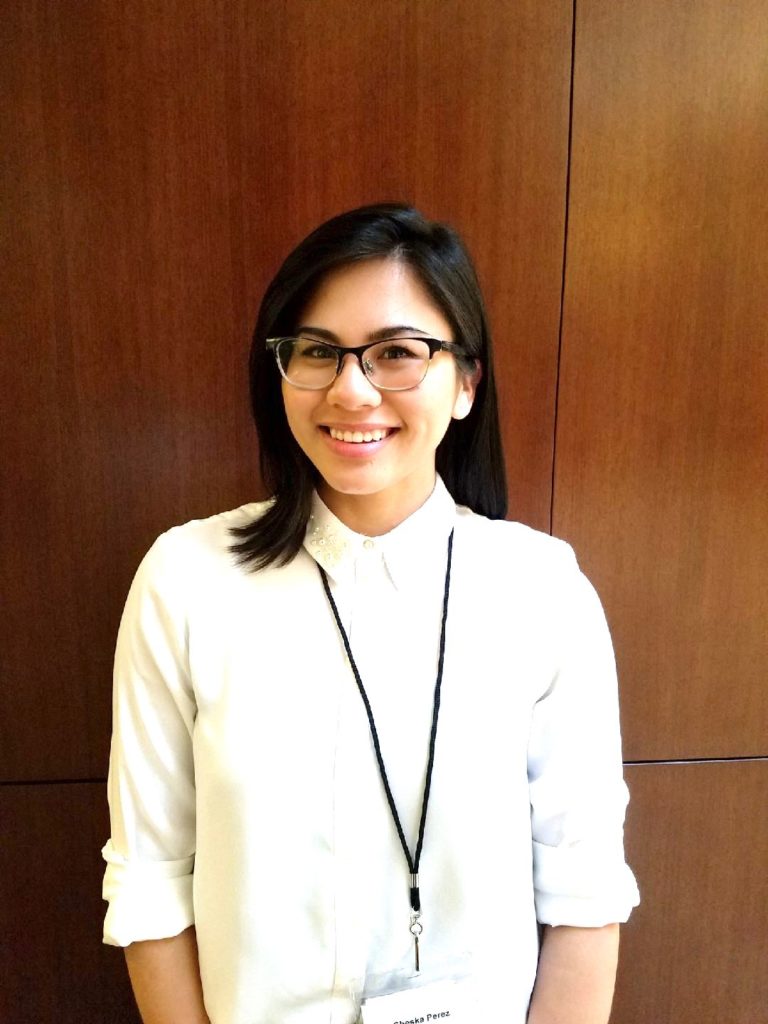 Cheska Perez, 20, is a DACA recipient and a Dreamer attending college on scholarship in one of the top liberal arts schools in the U.S. She was hopeful of a political solution for DACA, but now she’s one of 800,000 DREAMERS who are the reason the U.S. government was shutdown. CONTRIBUTED

As a DACA recipient, Perez has been on her own since age 18. She’s worked and paid taxes, and has even developed an app to help young people find college scholarships. Does it work? She’s her own best example.  She found a program that gave her a full-ride scholarship to a school on the east coast that cost more than $50,000 a year to attend and is ranked among the Top 40 national liberal arts colleges in America by U.S. News and World Report.

Why do Trump and other hardline Republicans want to kick her out of the country?

President Donald Trump, a year after his inaugural, has shown how spectacularly unqualified he is to hold the position of “most powerful man in the free world.”

That the United States is officially shut down is more than just a metaphor. It’s real.

And it’s all because of his inability to be clear about Perez and the rest of the DACA Dreamers.

I was on the phone on Friday with Perez who was pretty calm considering that she and the other DACA recipients had become Washington’s new political football.

She was true to her dream–hopeful.

“There’s a lot of momentum,” Perez said. “It’s really up to Congress now to ensure that there is protection for Dreamers. Everyone is doing all they can to ensure that happens tonight.”

Well, now we know they didn’t.

And if you’ve been following the negotiating process, we already know why.

Donald Trump may know the art of the deal, but when it comes to politics he doesn’t know diddly.

Not when it comes to running the government, or building a political coalition. The base of rabid pro-white nativists he placates at every turn, he loves.  Uniting the rest of America seems to be of little interest to Trump.

Trump is so outside of his “expertise” it’s no longer funny that he is taking down the office of the presidency and our country with him.

Hyperbole? Just look at how this DACA embarrassment unfolded.

You’ll recall the meeting a few weeks ago when Trump brought that bipartisan group of Congressional lawmakers into the Oval Office. Trump actually sounded reasonable.

“You folks are going to have to come up with a solution. And if you do, I’m going to sign that solution,” Trump said.

Trump was practically gushing while the media cameras were allowed to roll overtime. Why not? To counteract that tell-all book by Michael Wolff, “Fire and Fury,” Trump seemed to decide it was time to make us all veritable flies on the wall so we can see for ourselves.

For the first time, he was saying things that made him sound vaguely presidential, especially on DACA.

Trump even said he’d agree to a “clean DACA” separate from other issues that make up comprehensive immigration reform, such as “chain migration,” the ugly rhetorical phrase conservatives use to condemn what humane folks would call “family reunification.”

But Trump still wants that border wall and bragged that as a builder, he can get it done for less than $18 billion.

Trump was remaining the optimist.

“If we do the right bill. . .you’re not so far away from comprehensive immigration reform,” Trump said. “And if you want to take it that further step, I’ll take the heat. I don’t care. I’ll take all the heat you want to give me. And I’ll the heat off both the Democrats and the Republicans.”

Those were the words by “Mr. I’ll Take The Heat” that began the negotiation that lawmakers on both sides trusted.

When I wrote about the meeting, I wondered if it was real or just a set-up.

Now we know it was the latter, and realize that the president is not a man of his word.

How can you negotiate with someone whose words can’t be trusted?

We saw that days after the lovefest, when Trump referred to Haiti, El Salvador and African countries as “s—tholes.”

And then he denied it, despite what others said they heard.

And now we see his DACA rhetoric turn to s—t mid-negotiation.

So back we go into the political darkness, waiting for Trump to signal the Republican-led government how to get out of this.

In the meantime, Cheska Perez waits for sanity, for someone to stand up to the bully Trump. Or for the bully to come to his senses.

Perez continues to do what she can. She protests, goes to Washington to lobby Congress.

But she’s at the max of her DACA term and can’t reapply for any more extensions. Her papers are good through the mid-term elections.

Will she be forced back to a Philippines she left 14 years ago when she was six?

“The administration is targeting any and all undocumented individuals,” Perez told me. “That’s frightening when you’re counting down the days you have left on DACA.”

Cheska’s reality, her future, shouldn’t be based on Trump’s whim. A clean DACA bill without conditions is what’s needed now.

Emil Guillermo is an award-winning journalist and commentator.

Emil Guillermo is an Inquirer.net columnist based in North America.

MOST READ
usa Exhibit traces growth of Fil-Am community in San Diego County, California
usa 10 Books to Help with Anxiety and Overthinking
usa Moringa, the Tree of Life: Fully Explained
usa Elon Musk proposes to buy Twitter again and end legal fight
usa How to Pre-order Gadgets From the Amazon Hardware Launch Event
usa Roth 401(k) vs. 401(k): What’s the Difference?
DID YOU KNOW?
Best Earplugs for Sleeping
10 Best Gifts for Grandma
10 Books to Help with Anxiety and Overthinking
Best Food Scales 2022
10 Low Carb Noodles You Will Love
Everything You Need to Know About the Cloud Couch