To Rappler’s young and courageous journalists

To Rappler’s young and courageous journalists

In the wake of the Duterte government’s move to silence Rappler, my friend, the academic Vicente Rafael, said in a Facebook post: “Looking at a recent photo of the Rappler staff, it struck me that their faces showed another compelling reason to support the paper: all youthful, the great hope, if one can pardon the cliché, of the nation.”

And they also have courage.

On a video that’s gone viral, there’s the leader who inspired a bloodbath and who openly belittles the importance of human and civil rights berating, cursing, a journalist who has done some of the best reporting on the Duterte era.

In a bizarre twist, his supporters have actually called the confrontation a victory for the Duterte.

It clearly is not. It shows a young woman with guts, a reporter unintimidated by a thuggish leader, who can’t stand being challenged and criticized. 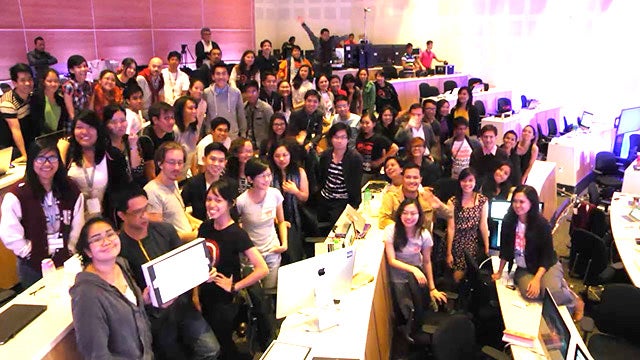 This week’s column is for the young journalists of Rappler.

You are under siege. A president with no regard for human and civil rights and his supporters are openly insulting and maligning you.

You are on the frontlines of one of the biggest battles for press freedom and human rights in our country.

Last week, before this mean-spirited government maneuver against you, I called Rappler “a beacon of hope.” I praised your CEO Maria Ressa for her leadership, and you are also fortunate to have two outstanding editors, Glenda Gloria and Chay Hofilena, who are guiding you through one of the toughest chapters in the history of Philippine journalism.

Maria, Glenda and Chay (and I) are veterans of an earlier time, when another dictator bullied journalists and tried to silence anyone in the media who dared to speak about human rights and the abuse of power.

Under Ferdinand Marcos, the leader idolized by Duterte, journalists were routinely harassed, jailed and killed.

I was in college when Marcos shut down a small newspaper called We Forum, published by another gutsy journalist, Joe Burgos. Women journalists organized to expose and resist military harassment.

In many ways, you face a tougher challenge. Technology has expanded the reach of media. But it has also made reporting tougher in a online landscape where lies can sometimes travel faster than the truth.

Here’s the good news: you are led by some of the best journalists of my generation, who have successfully navigated the transition from the old media to the new.

“This is our generation’s battle,” Ressa said in an August 2017 interview with Esquire. “This is our battle. Do you stand up and be counted, or do you walk away?”

This is also your generation’s struggle. In 30, 20 years, the next Maria Ressa, the next Glenda Gloria, the next Chay Hofilena will come from your ranks.

My friend Glenda speaks highly of you, of your drive and commitment to your work, to what Rappler is striving to accomplish.  They work so hard they don’t sleep, she once told me in an email of Rappler’s young staff members.

That’s why so many of us have reacted strongly to the shameless attempt to silence you.

In the Facebook post, Vince Rafael also said: “Suppressing Rappler is shutting down an important outlet for millenial journalism itself, and thus shutting down a vital venue for truth-telling into the future. And what could be more valuable than a future for truth?”