Shall we pump for peace? Energy sanctions on Russia now

Shall we pump for peace? Energy sanctions on Russia now 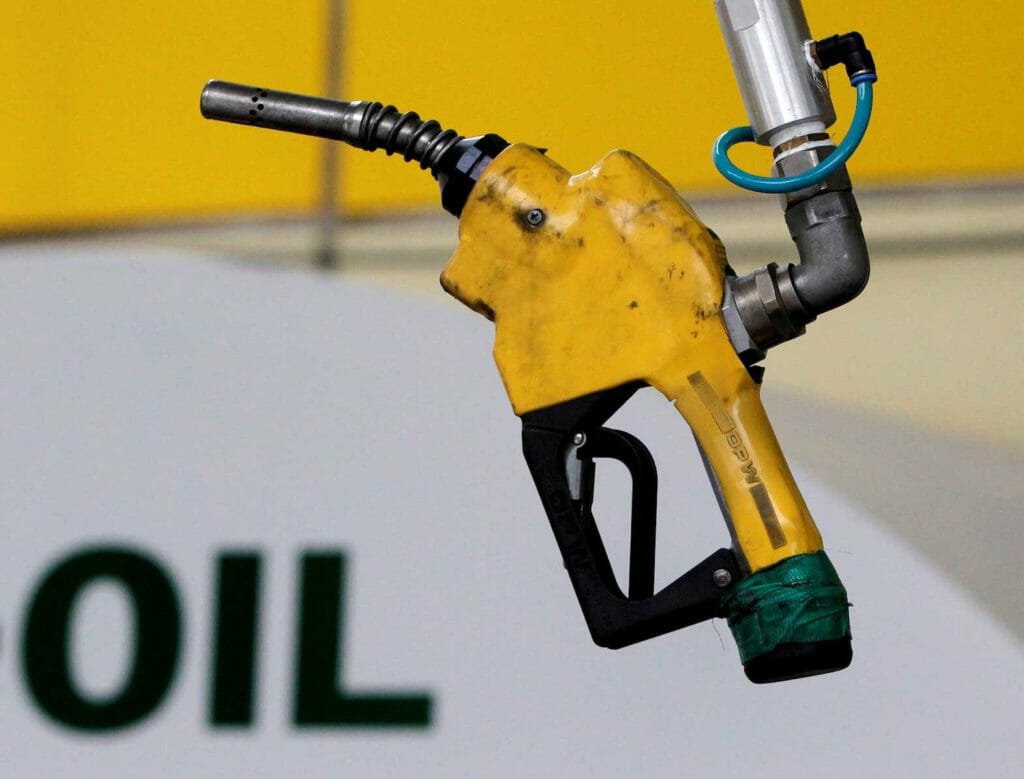 Essentially, a ban on all purchases until Putin cries Uncle Vanya would be the consequence of tougher sanctions on Russian oil and gas. REUTERS

It was Bloody Sunday in Selma this weekend, 57 years after protesters faced down Alabama state troopers in the name of democracy and voting rights. In Ukraine, it continues to be Bloody Sunday, Monday, Tuesday…until the world decides it can no longer allow Russia to run roughshod over that country.

No one wants a World War III, but how long must the world sit back and watch World War Two and Half?

President Joe Biden gave his very first State of the Union address last week. Unfortunately, no one remembers it. It didn’t sufficiently let the world know the U.S. was standing up to Putin and the Autocracy Club; and that America was the big dog in the Democracy Club of the Word.  (Yes, we’re observing the an AC/DC fight).

Biden’s speech was adequate. But then just days after, Russia’s Vladmir Putin changed the world by becoming the first modern tyrant in history to stage an artillery attack on a nuclear power plant.

Even Kim Jong Un isn’t that irresponsible. But now Russia has found a way to go nuclear by targeting  facilities intended for clean energy, thus turning them into de facto nuclear weapons.

I’m all for peace and diplomacy, but don’t you think it’s time the world stopped messing around with Putin?

The average price in the nation is closing in on four dollars a gallon. I just paid five bucks a gallon in California (it’s gone higher).  I would gladly pay more. A lot more, especially if it means supporting the people of Ukraine.

That would be the consequence of tougher sanctions on Russian oil and gas imports—essentially, a ban on all purchases until Putin cries Uncle Vanya.

California, home of the highest gas prices in the U.S., buys more than 70 percent of its oil from Ecuador, Saudi Arabia, and Iraq, according to the California Energy Commission. There are other sources of oil. We don’t have to buy Russian.

Yet, our leaders look to gas prices as if they were political polls. They see them as a barometer on inflation and their own job security. So they choose not to act lest they upset voters.

I think most Americans are willing to pay the price, not just for peace, but to stop Putin. We have seen what the people of Ukraine are willing to do for freedom and democracy.

Sadly, we are also seeing what Putin’s Russia is willing to do to counter that. It’s escalated the attack on innocent civilians in the unprovoked war against the sovereign nation. And now we have the attack on an active nuclear power plant, unheard of even in modern war, and a sheer act of evil that should be considered a war crime.

More than a week into the war, and much blood has been spilled–thousands of Ukrainian and Russian lives have been lost.

I am reminded of the Gulf War phrase, “blood for oil.” In Russia’s invasion of Ukraine, the world has a new equation as we discuss sanctions. Would you support sanctions on Russian oil imports even it if means paying more for gas?

In the name of peace in Ukraine, I can and would gladly pay more for oil if it meant stopping the bloodshed. In a second, I would pump for peace to stop the senseless violence of a Russian tyrant.

Said Kuleba: “Their money is soaked in Ukrainian blood.”

Time for America to extend the sanctions on Russian energy and agricultural.

Even if it means paying more at the pump.  It’s the only peaceful way to fight back.

57 years ago on Sunday, Americans were called from all over the nation to come to Selma, Alabama to march for the very essence of democracy, voting rights.

And Asian Americans answered the call.

Vincent Wu was a 23-year old in grad school in Illinois when he saw the scenes on TV news where peaceful activists like John Lewis gathered to march at Selma.

But then they were beaten up by state troopers. Images on the news of that violence at Selma’s “Bloody Sunday” could not be ignored.

“We answered the call of Dr. Martin Luther King to come down to Selma to bear witness and to stand with the people who were oppressed,” Wu told me in 2015, the year of the 50th anniversary, when he returned to Selma.

“My motivation was for my love of American ideals. It was a moral as much as a political stand for me. I believe in the value of non-violence and respect for every human being.”

And then he added. “I was there not as an Asian American student, but predominantly as an American citizen.”

Wu joined the protest in Selma and was part of the subsequent marches that came after “Bloody Sunday.” He was a volunteer member of the perimeter security team, never more than 10 or 20 feet away from Dr. King on the march to the Alabama capitol.

“We were jubilant because this was a triumphant event,” Wu said. “We were finally reaching our objective, our goal.”

But the goal went beyond Montgomery, Alabama.

“I speak tonight for the dignity of man and the destiny of democracy,” Johnson said in that 1965 speech. “At times, history and fate meet at a single time. In a single place, to shape a turning point in man’s unending search for freedom. What happened in Selma is part of a larger movement which reaches into every section and state of America. It is the effort of American Negroes to secure for themselves full blessings of American life. Their cause must be our cause too because it’s not just Negroes, but really it’s all of us who must overcome the crippling legacy of bigotry and injustice. And we shall overcome.”

In the CNN documentary, “LBJ: Triumph and Tragedy,” that was the speech King saw from a black and white television in the Selma home that served as the headquarters for all the marches. While watching that speech, Dr. King wept.

That’s how hard it was to get voting rights on the agenda and passed.

And now 57 years later, King would be crying today if he could see how hard it was to restore what has been gutted in the Voting Rights Act over the years.

Vice President Kamala Harris was scheduled to be in Selma for “Bloody Sunday.”  As the nation has become more diverse, the violence of the past is a continuing metaphor for efforts to restrict voting rights for all people of color.

The Freedom to Vote Act would make voting a federal holiday and make voting easier, not harder. It would also make sure the redistricting process would be fair and uniform and reflect population gains. Asian Americans and other people of color wouldn’t be left out by racist gerrymandering.

The John Lewis Voting Rights Advancement Act, named for the congressman who as a young activist was brutally savaged at Selma, simply restores the teeth of federal oversight to make sure states don’t pass harmful election laws that cut minorities out of the process. We’re trying to get back to the ideals of the original law.

Both were stymied earlier this year.

But now history past and present reminds us of the importance to get these voting rights measures approved now.

Compared to tougher sanctions on Russia, it’s pretty easy. Just as the news of bloodshed called people to Selma 57 years ago, we can turn on the news and see the real threats to democracy today.

When the blood flows that easily, it is time to care.