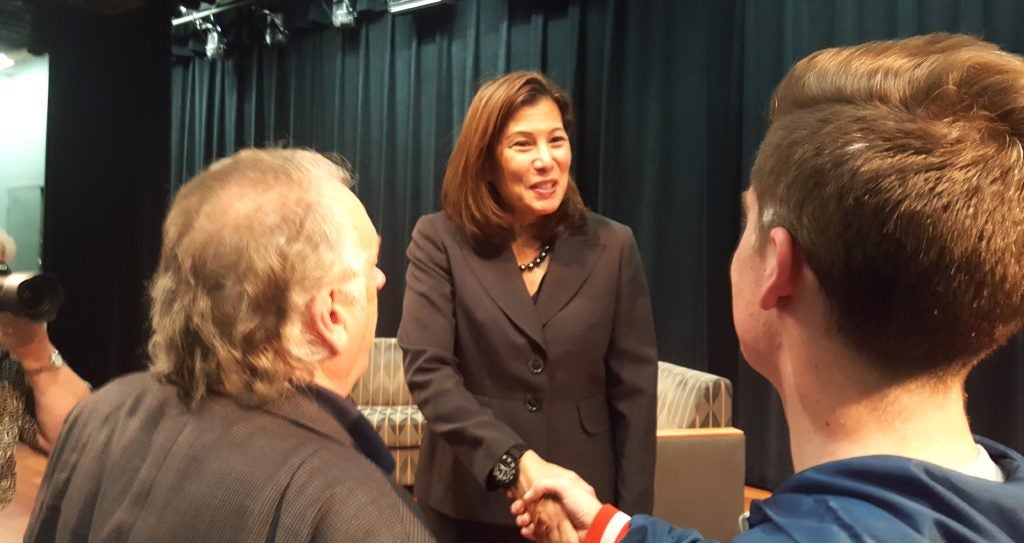 SAN JOSE, California — The Filipina American chief justice of the California Supreme Court vowed to remain steadfast in opposing the enforcement of federal immigration laws in courthouses, so that people would be encouraged to go to court without fear of being apprehended.

The chief justice, a Republican, recalled that in March 2017, she decided to write a letter to Attorney-General Jeff Sessions and Homeland Security Secretary John Kelly: “I said to them in harsh words that (people) should not be stopped in the courthouses and (ICE should discontinue) using the courthouses as bait.” Her letter was rebuked.

“I was gravely concerned because the principle of separation of powers stir in me the thought that the judicial system relies in the trust and confidence of people who have a dispute to come into court, to report and testify against the bad guy, to be a juror,” she explained.

“And we, at least in California courts, reach out to the community. We want the courthouse to be a safe place because the legislature passes laws that protect everyone in California and we in the judicial branch believe in equal access to justice. But all of that is jeopardized if people fear coming to court (for) fear of getting arrested,” she said further. 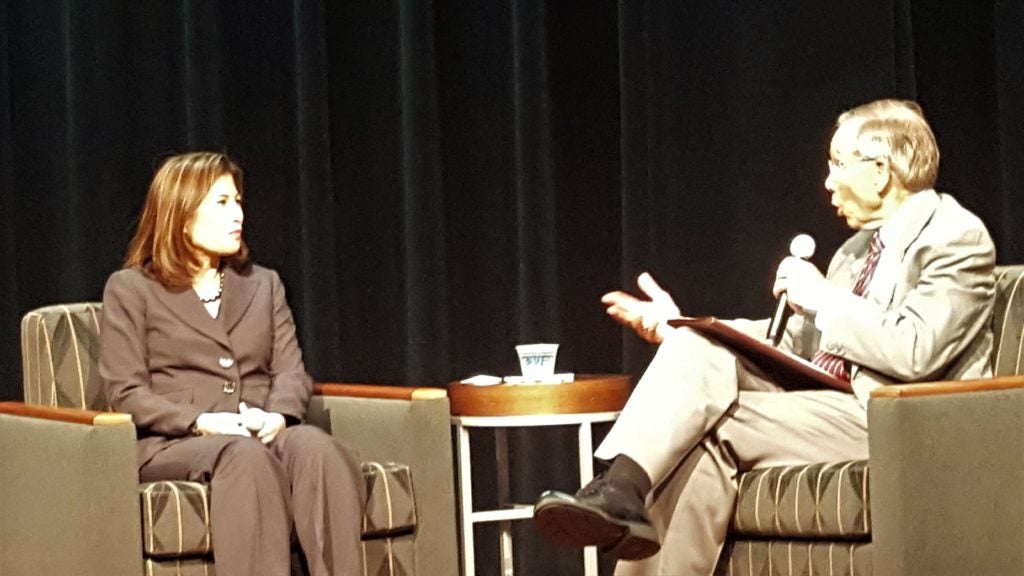 California courts reaches out to the community by “providing language access, bringing services to the family and even encourage people to bring our families to court (where) we have a children’s waiting room while you take care of your court business.”

Cantil-Sakauye recalled that the Obama administration’s policy was to not enforce Immigration and Customs Enforcement (ICE) Agents arrests in school districts, hospitals, and funerals because of the sensitivity surrounding these places. She strongly believes that the courts should also fall within that exception where “you don’t do ICE arrests unless it is a place of last resort.”

Despite being told that the ICE arrests in courthouses will continue, Cantil-Sakauye insists that it is a separation of powers issue. “We have three branches of government. I am arguing that arresting in courthouses is bad for the judicial branch as it undermines the trust and confidence that we provide.”

On a more personal note, the highest official in the judicial branch in California declared that her mother was the biggest influence in her life and she still credits her for career success.

“My mother Mary Gorre’s family is from Cebu, from a family of eleven children and they were all farm workers in the Sacramento Delta. My mother was always strong about education, doing the right thing and with fairness and justice. Her influence is impacting on me every day. She now lives with me and she is still a strong presence in my life,” Cantil-Sakauye proudly shared.

“I came from a family where the highest education level was my mother graduating high school and my father, Clarence, finishing second grade. We knew no lawyer, we didn’t know a professional. Our Filipino community in Sacramento was small so I only knew other Filipinos and didn’t know the greater world out there.”

Sakauye recounted that her family lost their home to redevelopment when she was growing up we “because government said we lived in blight.”

Her mother went to court without an attorney to fight eminent domain. Knowing how complicated eminent domain is, Cantil-Sakauye appreciated even more how courageous she was. 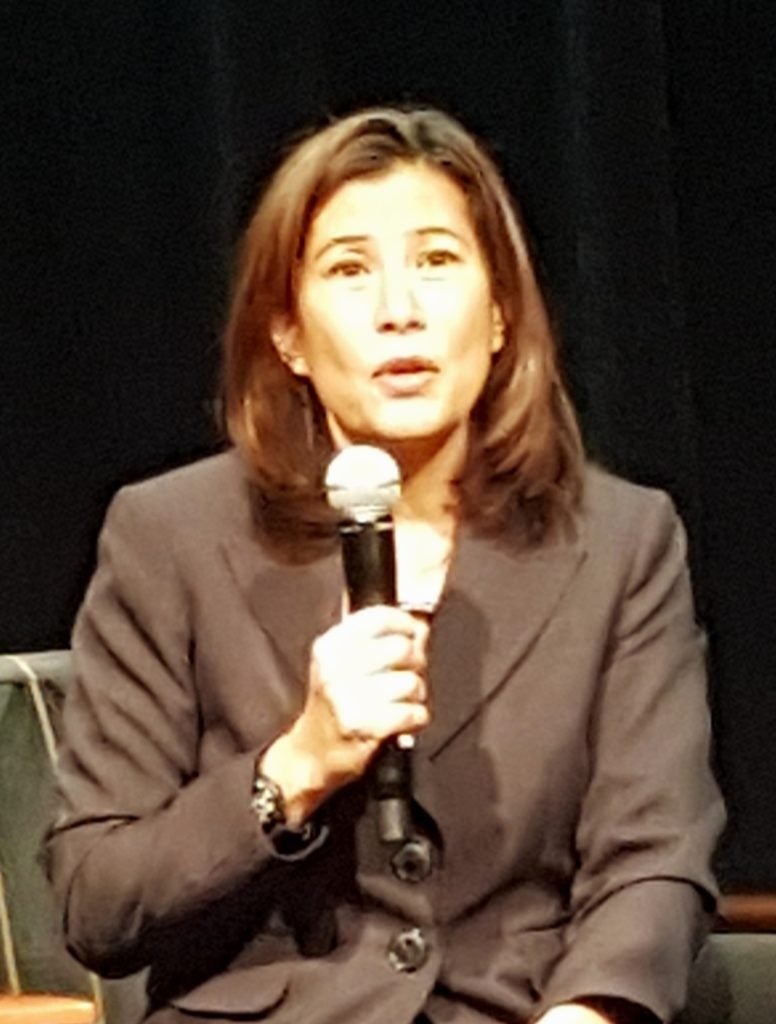 “She went to court and she lost. And more importantly she came back from court feeling really humiliated and disrespected. And she talked about how the judge made her feel. And I was nine years old. And I don’t remember anything except this – the judge’s name.

“I remembered also strange things in my household, like my grandmother’s land couldn’t be held in her name because it was in someone else’s name and my Filipino uncle had to go out of the state to marry his French wife. So growing up like many of you I just absorbed strange things in the family,” Cantil-Sakauye recounted.

One day her mother brought her to a forum where they met the first and only Filipina lawyer she had ever seen, and her mother confidently told the young girl that she could be like that lawyer one day.

She grew up thinking about rights and unequal treatment and how to work become a lawyer. She earned her A.A. from Sacramento City College, graduated with a B.A. from the University of California, Davis, before getting her J.D. from UC Davis School of Law in 1984.

Things were not rosy even after graduation as she had a hard time finding a job. The Sacramento County Public Defender’s Office had refused to hire her because of her young age. She ended up being a blackjack card dealer in Reno, Nevada.

As soon as she got started with her law profession, Cantil-Sakauye still had to face the usual hurdles that young women lawyers meet to prove their mettle. In time, she and many of her peers were able to do so creditably.

On July 21, 2010, then-California Governor Arnold Schwarzenegger nominated Cantil-Sakauye to succeed retiring Chief Justice Ronald M. George on the California Supreme Court. She unanimously got the nod of the three-member California Commission on Judicial Appointments on August 25, 2010 as the next chief justice. She was then voted to a 12-year term in the November 2010 general elections.

“Currently, California now have more women than ever before (at least 30%) although the rate of men is still at high 60% rate; 11 % Hispanic/Latino, Asians and Black have not reached double digits. But Governor Jerry Brown has been making huge strides in appointing quite a diverse a list of first in the family, first in a generation and first in people of color to the judicial branch,” said the delighted Cantil-Sakauye

Among her current concerns are bail reform, the treatment of juveniles in the court system and how fairly resources are spent in the counties regardless of a county’s wealth or poverty.

California Supreme Court Chief Justice Tani Cantil-Sakauye is a source of great pride and inspiration among Filipinos not just in California, but all over and the United States.