SACRAMENTO – A state senator urged the California Public Utilities Commission to ensure that utilities reaping a windfall in savings from federal tax cuts to corporations pass those savings along to ratepayers.

“This is the only fair thing to do,” said State Senator Jerry Hill, D-San Mateo and Santa Clara Counties in a letter yesterday.

“With the recent changes to the federal tax structure under House Resolution 1, California’s investor-owned utilities are anticipated to receive untold savings. I urge you to ensure any savings are returned to California’s ratepayers,” Hill stated.

In view of the tax changes, regulators in some states have already asked investor-owned utilities to forgo rate increases, reduce rates or calculate and track savings in order to negotiate lower rates in the future. 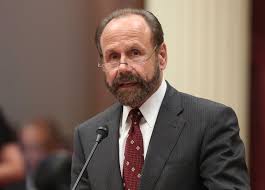 The senator’s letter noted that he is encouraged by AG Becerra’s partnering with other states. He also acknowledged that CPUC staff has said it is working on a strategy to return tax savings to ratepayers.

Underscoring the importance of that work, Senator Hill wrote, “I urge you to prioritize this important task.”

Separately, he added, “I’m also prepared to introduce any legislation necessary to ensure that these efforts are carried out in a timely manner.”