No one wants to be NY Parade grand marshal due to lawsuit, ex-treasurer blamed 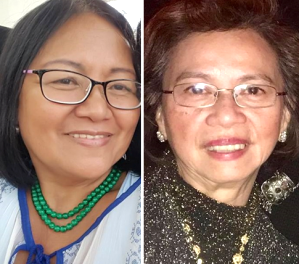 NEW YORK — The Philippine Independence Day Council, Inc. washed its hands off accusations it did not file tax returns for four years, stating that its former treasurer, had been delinquent in filing returns for the period from 2013 to 2016.

In court papers filed January 2, 2017, PIDCI claimed it was actually a “victim” and should not be held accountable for the non-filing of taxes. The court documents did not mention Manarang-McGough by name but revealed that she resigned “to avoid termination, personal castigation and confrontation with the board.” According to documents, she repeatedly assured the directors the necessary filings have been complied with.

“That former treasurer has a pending criminal case with the New Jersey State that is based on her alleged actions similar to what she did while she was a PIDCI official…PIDCI is a victim of the act of one of its directors,” according to court papers.

Manarang-McGough of Bergenfield, New Jersey, resigned as treasurer in early 2017 for health reasons. Then-PIDCI President Prospero Lim accepted her resignation, and called for an audit of PIDCI’s finances.

On October 5, she was arrested and charged with one count of wire fraud for allegedly defrauding her employer (an insurance brokerage company) of approximately $900,000, according to a Department of Justice press release. 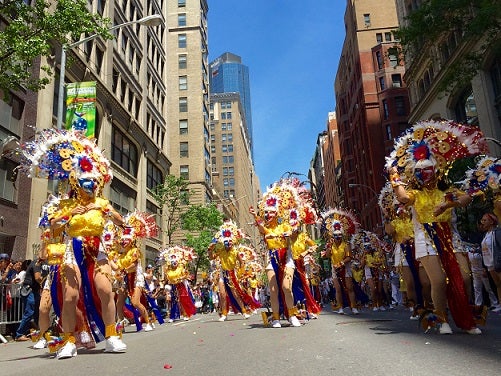 The annual Philippine Independence Day parade on Madison Avenue is noted for its colorful dances and costumes. ELTON LUGAY

PIDCI’s response to the complaint — filed in November by United Mindoro International, Inc. led by Juliet Payabyab and the Philippine Community Center Services for Aging, represented by Nieva Burdick – made numerous revealing statements. Here are some of them:

Payabyab and Burdick are suing PIDCI for its alleged refusal to produce annual reports from 2013 to 2016; open its financial records; and nullify the results of the elections of October 7, 2017.

The petitioners said the board’s “illegal action and gross violation of fiduciary duties” prompted the petition. PIDCI countered, saying the petition was motivated by the “narrow and selfish interest of two petitioner organizations and their alleged presidents.”

The petition and PIDCI’s response will be presented in session on January 10 at 9:30 a.m. before Justice Barbara Jaffe of the New York State Supreme Court.

LATEST
PG&E offers STEM scholarships of up to $10,000
Alarming rise in Covid cases as states roll back lockdowns
Will Covid tracking apps really help?
Fil-Am entrepreneurs find ways to ride out Covid downturn
Everything You Need to Know to be a Successful Inventor
Serial Entrepreneur Dennis “Donato” Agalli Steps Up to Help NYC First Responders During COVID-19
MOST READ
usa Kellyanne’s part-Filipina daughter, 15, scorches Trump
usa Filipino bus rider in Vancouver told to ‘speak English here’
usa Filipino in NY kills own mother, a Covid survivor
usa Why leaders who terrorize people need ‘anti-terrorism’ laws
usa Police in So. California arrest woman who harassed Asians
usa Hundreds of Filipinos at risk in California have yet to be tested – survey
usa Anti-Terror Act is itself an act of terror