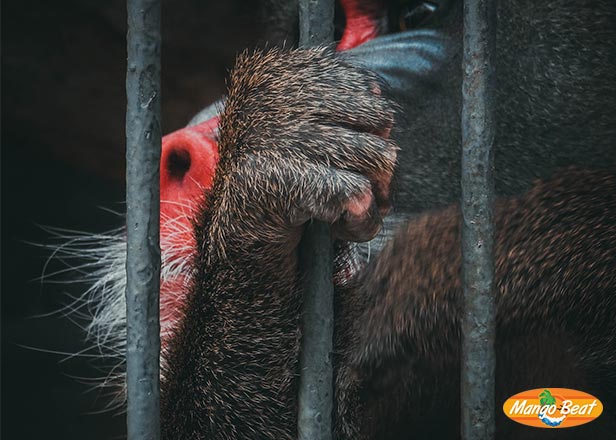 We are all fascinated by animals. From the camouflaging octopus to the powerful lion, man has always been left in awe by how the diverse species of Earth’s fauna look and act. This has led to constant study and observation, sometimes isolating the animal in order to better research them. But with fascination can come greed as many animals have been pulled from their natural habitats just so that they could be displayed for the entertainment of the masses.

While some places like sanctuaries and nature reserves do this to protect them, some places like unofficial zoos, animal exhibits and resorts oftentimes keep exotic animals while not observing or possessing the proper means of caring for these creatures. These are a few of the negative effects that supporting unauthorized animal exhibits can have.

If people are willing to pay for animal body parts or exotic pets, poachers will be compelled to hunt more animals in order to get money from these demands. Unlike zoos and protection facilities that use the funds they gather to further protect these creatures, many greedy businesses do not see the large-scale effects their dealings might have on the environment and may accidentally endanger the species they hunt.

While one or two tigers or lions or any other exotic animal being taken from their natural habitat may seem like a small number, animal populations are already declining due to deforestation and the effects of our changing climate. When others see there are money-making opportunities in hunting for these animals, it won’t be long before they join this destructive bandwagon.

People will be misinformed

Keeping an animal in an unfamiliar environment and failing to provide the proper care for it to survive may cause it to act differently from its naturally raised counterparts. This may cause it to either become much lazier and dependent, or aggressive and dangerous. The latter has often caused controversy and have left certain animals labeled as savage when they actually aren’t. If you want to learn about animals, go to an official animal preservation where they give the animals proper care and can give information on how we can help protect and preserve them.

Capturing animals may not just affect the species itself, but also the creatures dependent on their presence. If the number of predators decreases, certain herbivores may thrive and devastate the surrounding vegetation. If leaf-eater populations are lessened, certain plants may not be able to spread their seeds and meat-eaters with specific diets may struggle. Even a significant decrease in certain plant or insect species may have noticeable effects on nature. Every creature has a role, so eliminating a variable from the equation may lead to terrible consequences.

It leaves them vulnerable

Animals who are claimed from facilities that cannot take care of them have often had their natural instincts dulled after years of dependency. This is especially true if they were taken from a very young age and domesticated early on. Sadly, these creatures would not be able to survive on their own in the wild. Animal conservationists often take orphaned or captured animals and try to teach them how to live as they should, training them to live in the wild.

It may not seem like much, but refusing facilities that are not official animal-preserving facilities may just convince people to stop taking animals from the wild and using them as a means of entertainment. Avoid animal-based products as well, like medicines or accessories made from animal bodies, to lessen the demand for them. We can each do our part to end unnecessary hunting and poaching and return these endangered creatures back to Mother Nature.

Visit www.mangotours.com to know more about its latest promos and travel offers.

LATEST
Controversies hounding the gov’t are mere ‘political noise’ — PCOO head
Isko to critics after remarks vs Robredo: I’m sorry, this isn’t about Mr. Congeniality
LIST: Registered political parties, party-lists for the 2022 Elections
10 Zambales schools chosen to pilot face-to-face classes in November
Expert: Too early to consider B.1.1.318 as variant of concern