Two months ago, my friend, the veteran journalist Glenda Gloria, shared one of her old stories on Facebook, a June 2016 article with the provocative headline, “Aquino: The friends he kept, the crisis he (mis)managed”

The story was about then-President Noynoy Aquino and what many consider his track record of incompetence.

It drilled down on his handling of major crises, led by the Mamasapano disaster, which  ”unmasked Aquino’s worst weaknesses as a leader and what power can do to a man: the distance from reality, the stubborn sense that he knows best, the false notion that things will blow away, the bad news that he chooses to set aside, and the friends that he prefers to keep.” 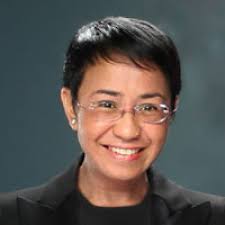 It’s one of the best analyses of the PNoy years, written by one of the country’s best journalists. It was published by Rappler.

The news site that’s been accused viciously and unfairly by Rodrigo Duterte’s fanatical supporters as “dilawan,” a puppet of the Aquino family, a traitor to the country.

The Rappler that has also done some of the best reporting on the Duterte administration, and on the mass slaughter he inspired. The news organization was featured late last year in a Bloomberg Businessweek story which focused on Rappler’s stunning rise as a champion of responsible journalism in the Facebook era.

The Bloomberg Business story, with the headline “How Duterte Turned Facebook Into a Weapon,” calls Rappler’s founder, Maria Ressa, “something of a journalistic legend in her country.”

Although I’ve never actually met Ressa, she and the Rappler team have clearly blazing a trail for Philippine journalism and for young Filipino journalists who must adapt to a new landscape where news and information increasingly must compete with lies and deception.

For their work, Ressa and Rappler have been under attack. She has become a target of Duterte supporters, despite the media organization’s record of solid and balanced reporting.

In fact, the Bloomberg Businessweek report begins with an anecdote that would probably baffle Duterte supporters who’ve always viewed Rappler as an anti-Duterte media outlet. During a forum at the 2016 presidential campaign, in which Duterte was the only candidate to show up, Rappler actually gave candidate Duterte the floor.

But as Bloomberg Businessweek reported, Ressa has been the target of hate messages that called her a “whore” and called on her to leave the country. One message declared: “I want Maria Ressa to be raped repeatedly to death.”

The Rappler forum was co-sponsored by Facebook whose platform also helped Rappler grow into one of the most influential media outlets.

But media reports have pointed out, Facebook also has worked with regimes like Duterte’s that have used the social media platform to spread misinformation and even instigate harassment.

Another Bloomberg report said Facebook has a “global government and politics team that’s neutral in that it works with nearly anyone seeking or securing power.”

And this is where Rappler, and Ressa in particular, should win the respect of every Filipino who wants a free and vibrant media as one of the cornerstones of Philippine democracy.

Facebook has long been criticized for downplaying or even refusing to acknowledge that it has become a powerful media platform for which it must take on a critically important responsibility.

Even before the report on Facebook’s little-known “global government and politics team,” Rappler already knew there was a problem with the way the platform was being used to spread lies and disinformation.

Ressa took the bold step of taking up the issue directly with Facebook’s top brass.

Ressa is emerging as an important voice at a time when Philippine media and press freedom are facing some of the most serious threats since the Marcos years.

In fact, Ressa’s leadership has gone beyond what going on in the Philippines.

She’s become an outspoken critic of the social media giant which has become a powerful journalism platform but which has also become a dangerous mechanism for spreading lies.

We should be proud that a Filipino journalist is making this strong statement about a powerful global company:  “Facebook needs to moderate its greed, clean up the toxic waste and be accountable for its role as the new gatekeeper to information.”

Your subscription could not be saved. Please try again.
Your subscription has been successful.
MORE STORIES
Koch-backed conservative group ready to back new Republican candidate
The Unlikely Love Story: ‘Marrying My High School Bully’
Grammys 2023: “Baraye” by Shervin Hajipour Named Best Song for Social Change
Don't miss out on the latest news and information.

LATEST
Youths push for expanding NSTP instead reviving mandatory ROTC
Staffer who filmed Enhypen’s NAIA screening may be fired – OTS chief
Catriona on marrying Sam: We talk about it
A daily devotional for beauty queen-turned-TV host Rabiya Mateo
From ‘it girl’ to ‘momfluencer’
Your subscription could not be saved. Please try again.
Your subscription has been successful.
MOST READ
usa FX Liquidity Provider – How to Choose the Best One for You?
usa Grammys 2023: “Baraye” by Shervin Hajipour Named Best Song for Social Change
usa Sweatblock Review: The Ultimate Solution for Excessive Sweating
usa The Unlikely Love Story: ‘Marrying My High School Bully’
usa Exploring the Mysterious Dinosaurs of North America’s Lost Continent
DID YOU KNOW?
Kylie Jenner Ramen Recipe: Is It Good?
How to Store Raspberries Properly
How To Play Drunk Jenga: The Ultimate Guide
Best Food to Bring Camping
Popcorn Toppings that Are Perfect for Movie Night