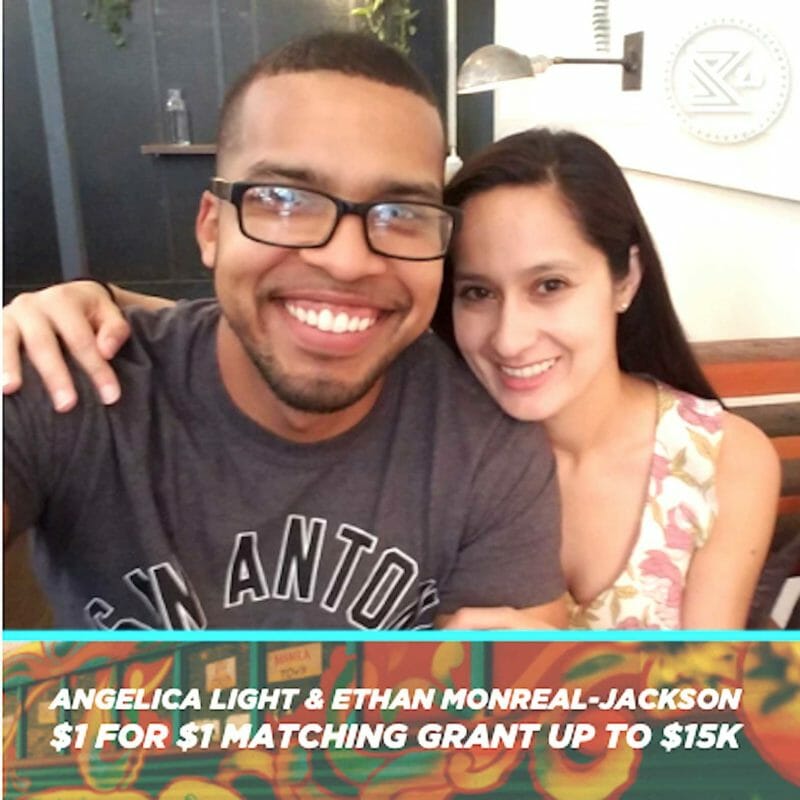 SAN FRANCISCO – Ten months since it opened in the middle of the pandemic, Kapwa Gardens, “a healing space for the community” on 967 Mission Street is set for major upgrades: the expansion of its Balay (house) Bus and the weatherproofing and noise reduction of its stage.

“We’ve already started the work and we have the designs but now we need to raise the money to actually make purchases,” says Desi Danganan, executive director of Kultivate Labs, the non-profit economic development organization that runs Kapwa Gardens.

A crowdfunding campaign with a $30,000 goal for the cost of the upgrades is ongoing. A matching grant of up to $15,000 is being offered by couple Angelica Light and Ethan Monreal-Jackson. “We wanted to support it because the best way to transmit your culture is by providing community,” says Monreal-Jackson.

A Texas native of African and Mexican heritage, Monreal-Jackson met Light, a Filipina and East Bay native, while working in San Francisco. “I don’t think people realize, and I didn’t until I met my wife, how big and impactful the Filipino community is, not just in the bay area but in California.”

They first heard about Kultivate Labs through the Undiscovered SF night markets that they attended before moving to Texas in 2019 pre-pandemic.

Rendition of the renovation design of the Balay Bus interior. CONTRIBUTED

“Desi and his team are doing a fantastic job of building awareness, of building community, and of upgrading a space for collaboration and working with other communities to build those bridges,” says Monreal-Jackson.

Both are “proud of their Filipino heritage” and want to do all they can to support building that community and building that awareness. “We’re proud to be Filipino and we want others to know about it and to learn more about the community,” says Monreal-Jackson.

967 Mission Street had been a parking lot for decades but was acquired by the City of San Francisco with the start of the of the four-acre 5M real estate development at the border of Mid-Market and the South of Market, also known as the SOMA Pilipinas, Filipino Cultural and Heritage District.

As a project, Kultivate Labs was awarded by the city to activate 967 Mission Street during the long interim of developing a senior housing on site. Kultivate Labs proposed creating a space around kapwa, a Filipino word defined by Professor Virgilio Enriquez as “recognition of a shared identity, and inner self, shared with others.”

Danganan and his team imagined the space as a cultural asset for SOMA Pilipinas “that would connect all of the different residents, students, and workers in the area while showcasing activities that heal the mind and body and expands our consciousness and raises the level of empathy.”

When the COVID-19 pandemic hit, the necessity of building a space “designed to help the neighborhood recover from the devastating mental, physical, and economic effects” of the pandemic became evident.

With pandemic restrictions in place, Danganan and his team had to reimagine the design of the space. And with the help of 350 volunteers from the community they built Kapwa Gardens.

After about a year of operation, a success in spite of the pandemic, Danganan and his team saw the need for some necessary upgrades to the space. Dubbed as Kapwa Gardens 2.0, the renovations’ finish is targeted for Kapwa’ first year anniversary in April.

The interior expansion of the Balay Bus will include a tech space for stage sound control, an office space, a green room and changing space for artists and performers, and a quiet space of wellness. All this will be available for the use of staff, volunteers, vendors and artists.

Moreover, an approximately 4,500 square-foot tent canopy covering half of the lot will weatherproof the stage and act as a sound barrier to prevent further issues with someone dubbed as “Balcony Ben” a white tenant at a nearby apartment building who had complained about noise from past Kapwa’s activities that took place during hours that were within the city’s noise regulation limits.

Left: Rendition of Kapwa Gardens with the tent canopy. Right: Complaining  “Balcony Ben” filming one of the events at Kapwa Gardens. CONTRIBUTED

“Balcony Ben” had filmed and complained about yoga classes and daytime self-defense workshops for seniors. The City’s Entertainment Commission tried to reach out to “Balcony Ben” but was told that “he has no interest in speaking” with Danganan and his team.

Despite challenges of dealing with “Balcony Ben” and operating in the middle of a pandemic, Kapwa Gardens was recently voted Best Non-profit of 2021 in The Bold Italic’s 2021 awards.

“It’s validating knowing that even though we have our issues with NIMBYism, the rest of the city is seeing the great work that our community is doing,” says Danganan.

Since opening in April 2021, Kapwa Gardens has tested for Covid more than 2,000 people and vaccinated nearly 900 since vaccinations began in November. Recently, Kapwa Gardens distributed 5,000 test kits in 36 hours.

Danganan’s vision is to “keep reinventing in the spaces that we build” with enhancements and improvements and better operation. “Kapwa Gardens a garden. And a garden organically keeps growing and this is part of the evolutionary process of the space that continues to grow.”