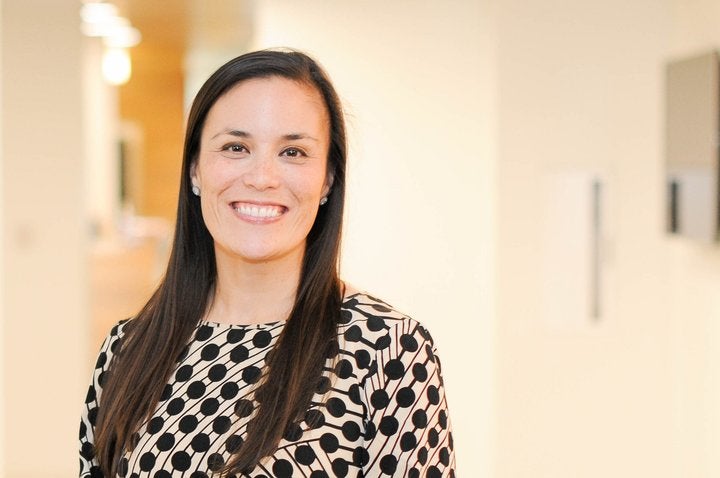 WASHINGTON ― A Filipina American career civil servant, Air Force veteran in Iraq under George W. Bush and an intelligence officer under Barack Obama quit working under the Trump administration in disgust and will run for Congress from her hometown in Texas.

Gina Ortiz Jones, 36, and a Democrat, thought she could still work for President Donald Trump and had stayed on in her job as a director in the Office of the U.S. Trade Representative. But, according to a Huffington Post report, by June she had had enough and quit.

Jones’ single mom had relied on subsidized housing and school when raising her in San Antonio. Trump’s plans to slash education and housing aid was just too much for her. Jones also thought the people Trump was hiring for top posts “were interested neither in the public nor service.”

Jones was able to go to college because she got a four-year Air Force ROTC scholarship. It makes her angry to see Republicans attempt to do away with such opportunities for people who could not afford a college education.

She has never run for office and would be the first lesbian, Iraq War veteran and first-generation Filipina American to hold a U.S. House seat in Texas if she wins. No woman has represented her hometown, Texas’ 23rd district, before.

“Talent is universal. Opportunity is not,” she was quoted by Huffington Post. “Folks in Congress, they do three things. They create opportunities, they protect opportunities and they erase opportunities. That’s how we have to be thinking about this very plainly.”

Jones is trying to unseat two-term Rep. Will Hurd (R). But first she must win the March 6 Democratic primary over three other Democrats.

Jones has been endorsed by major national groups including EMILY’s List, VoteVets and Victory Fund. Former Texas Democratic state senator and gubernatorial candidate Wendy Davis is backing her, so is Khizr Khan, the Gold Star father who gave a passionate speech at the 2016 Democratic National Convention. She’s also running as Democrats have scored notable victories around the country.

Jones is attacking Hurd’s record: voting to delay smog reduction measures by eight years, despite 1 in 13 Texans having asthma; voting nine times against the Affordable Care Act; voting for GOP’s rich-friendly tax bill; staying mum on Capitol Hill’s failure to renew funding for the Children’s Health Insurance Program, which is set to expire and would affect 400,000 kids in Texas; not signing on to the bipartisan Dream Act bill to preserve the Deferred Action for Childhood Arrivals program.

My mother came to the United States 40 years ago, because of her belief in the unique promise of America.

As a single-mother, she worked two jobs at times to ensure that my sister and I could achieve the opportunities that only this country could provide.

I grew up knowing hard work, not circumstances to which we were born, should determine our trajectory. This promise is currently under threat, but I still believe we can be a country whose actions match our highest ideals.

That’s a country that is focused on providing quality healthcare to all, while still ensuring we lead the industrialized world in medical breakthroughs.

That’s a country that embraces our immigrant history and our collective responsibility to ensure that the American Dream remains a possibility for all that dare to achieve it.

Our state and our country are worth fighting for. It’s why I joined the military, it’s why I served in Iraq, it’s why I’ve dedicated my life to public service, and it’s why I’m running to serve Texas’ 23rd Congressional District.

I look forward to fighting alongside you.