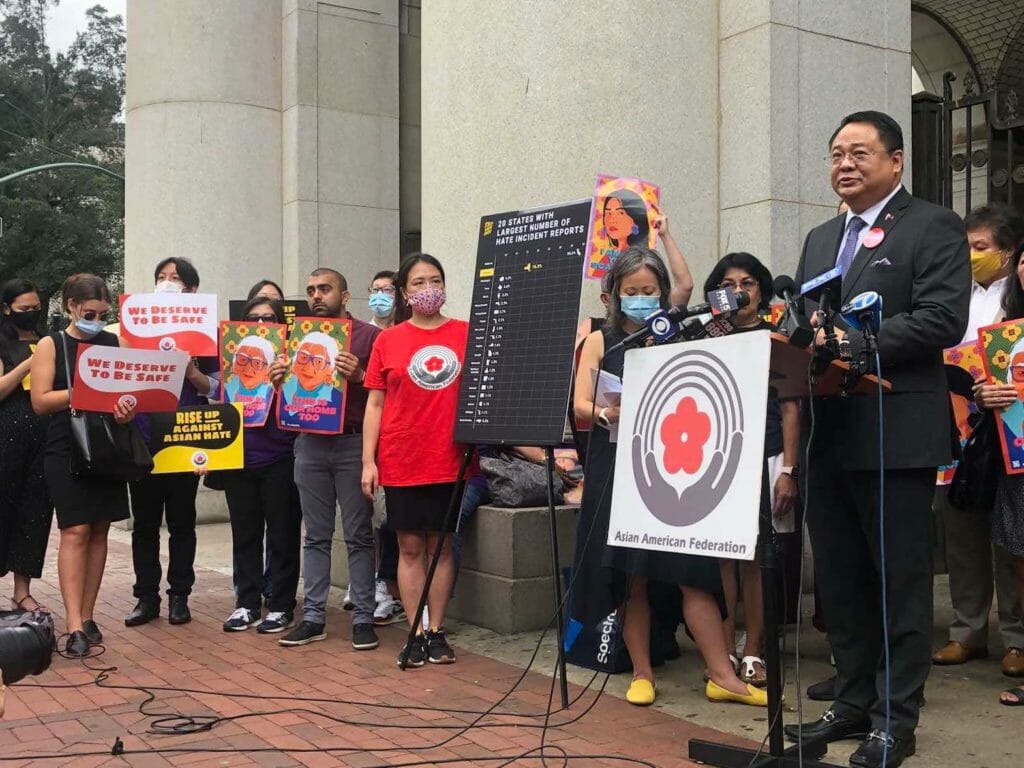 “We fully support the plans of Mayor Adams to not only ensure that every District Attorney’s Office would have a robust hate crime unit but to also increase the resources of the Asian Hate Crimes Task Force of the New York City Police Department (NYPD),” Consul General Elmer G. Cato said.

“We are hopeful that the measures announced by Mayor Adams would succeed in arresting the record surge in anti-Asian hate crimes and other incidents,” he said, adding that at least 20 members of the Filipino community were among the victims of hate incidents in the past year. 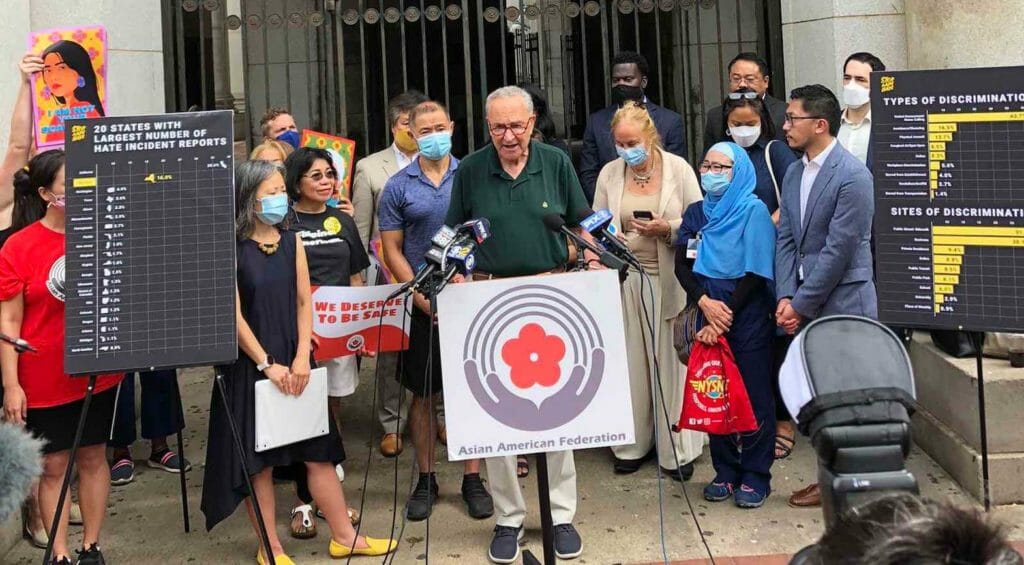 US Senator Chuck Schumer of New York (speaking) joined the Asian-American Federation, other elected officials and advocate to call an end on anti-Asian violence at a press conference on Aug. 19, 2021. (Beverly Pellosis)

According to the latest figures released by the NYPD, the number of anti-Asian hate incidents in New York City went up by 394% from 130 cases in the third quarter of 2021 compared with 33 for the same period in 2020.

The NYPD also said that nearly 36% of hate incidents reported on the subway system are anti-Asian in nature. Among these incidents are the face-slashing of church worker Noel Quintana in February and the assault on nurse Potri Ranka Manis in August.

Consul General Cato said that as a result of these high-profile attacks, many Filipinos have become apprehensive of taking the subway with a number of them avoiding the subway completely and opting to take other forms of transportation instead.

Meanwhile, despite the record-breaking surge in coronavirus cases in New York, the Consulate ensured the continued delivery of consular services to members of the Filipino Community in the U.S. northeast.

“Even with the omicron variant wreaking havoc in New York and other parts of the United States, we can be counted upon to continue serving our kababayan,” Cato said. 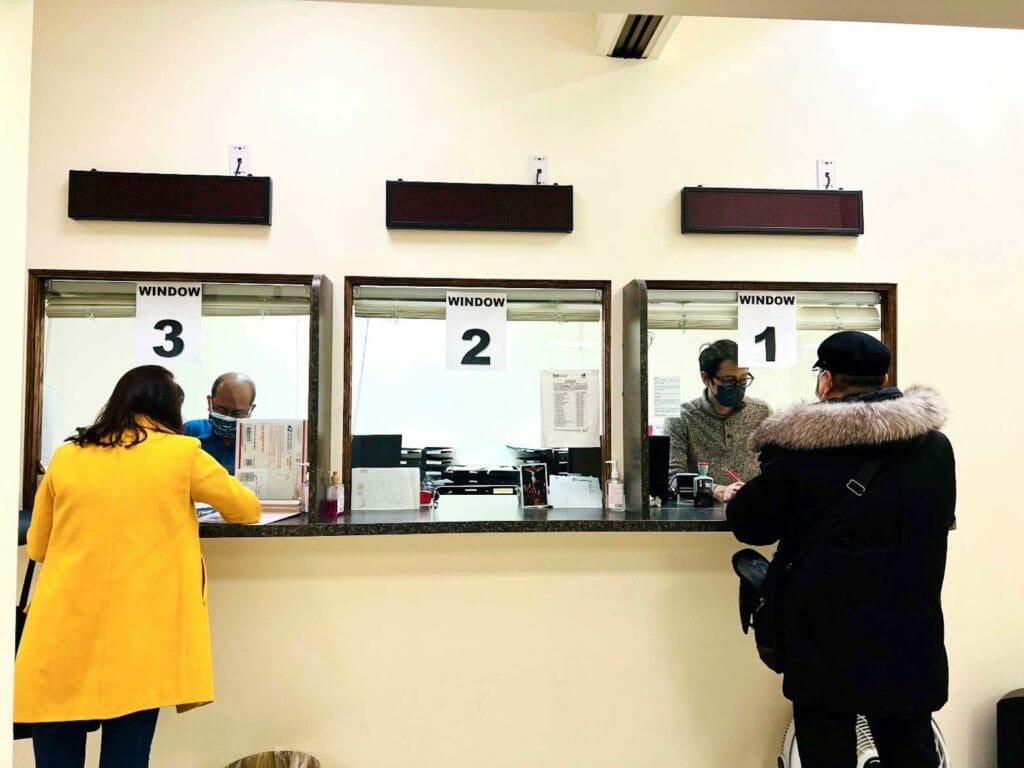 The NY consulate did better in 2021 when it recorded a 70% increase in the number of consular services it extended compared with the previous year. CONTRIBUTED

Although the omicron threat had forced the Consulate to cancel several scheduled cultural events last month and implement stricter coronavirus protocols for the public, Cato said consular services have not been scaled down.

In fact, the Consulate is expecting to accommodate more applicants in the next several months when the Global Online Appointment System (GOAS) of the Department of Foreign Affairs (DFA) it launched on  Dec. 27, 2021 becomes fully operational.

Other consular services are also expected to be improved to accommodate more applicants, including visa applications with the implementation of the Online Visa Appointment System (OVAS).

The consulate was forced to limit its capacity to accommodate applicants in 2020 as a result of the issuance of strict protocols following the outbreak of the coronavirus pandemic in 2020.

However, it did better in 2021 when it recorded a 70% increase in the number of consular services it extended compared with the previous year.