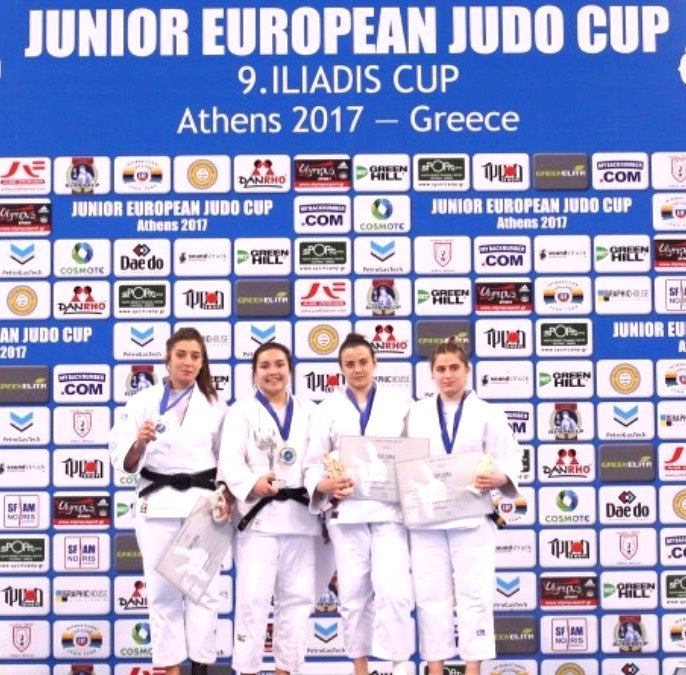 WAUKEGAN, Illinois—Nefeli Papadakis, 19, a five-time U.S. Women’s Judo Champion, is competing to qualify for the 2020 Tokyo Olympic Games and hopes to be the first Filipina representing the U.S. to bag an Olympic gold medal.

Nefeli is ranked #1 among the top three athletes in the US in the 78-kilo (Middle Weight) division. If she qualifies she knows who she is up against.

“[If I qualify for the games], my hardest opponent would be Brazilian Mayra Aguiar, 26, a two-time World Champion and two-time bronze medalist. It is her experience that will challenge me most as the top women in my division are all at least 5-6 years older than me.

Since then, she has excelled in the sport eventually qualifying for national and world team competitions.

Her mother, Lillibeth Alamon Papadakis, from Iloilo and her father, Stavros, from Akron, Greece support her dream.

“We want Filipinos to know that there is a Filipina who will compete in the upcoming Olympics to represent not only herself and the US, but also the Filipinos,” Stavros explained.

Qualifying for the Olympics requires ranking among the top 22 athletes in the world and medaling at a senior international event. She could attain this by earning enough points in the two upcoming senior events at the Grand Prix Competitions to be held in Mexico in June 2018 and in Croatia in July 2018.

She says she has yet to compete in a senior event.

“She will compete against ‘high caliber athletes’,” Stavros said. “If she places among the top, she will earn enough points to qualify for the Olympics. Then the Olympic organization will fund her future competition and training travel fees up until the start of the Olympics.”

The most points she can earn is 1000 if she wins either of the Grand Prix competitions, he added.

She is ranked 24th in the IJF Junior World Ranking in the 21 and under age category.

“I’ve only fought Kayla once and lost to her at the 2016 Senior National Championships in Dallas, Texas before she won her second Olympic gold medal. I have never fought Mayra Aguiar,” said Nefeli.

Nefeli is working hard to reach her dream. Her daily schedule consists of training four hours a day to prepare for competition.

then have practice at night for about 2.5 hours in either judo or Brazilian jiu-jitsu,” she explained.

Nefeli is taking online college courses at the College of Lake County to study Business Administration because she isn’t always able to attend classes because of her training schedule. Her goal is to open her own gym someday and train other athletes

“My schedule is busy because in addition to training every day which is hard work by itself, I also have online college courses to complete which takes about two hours daily for my three classes.”

“I also teach part time judo classes and private lessons in the evening so I can have travel funds,” she added. 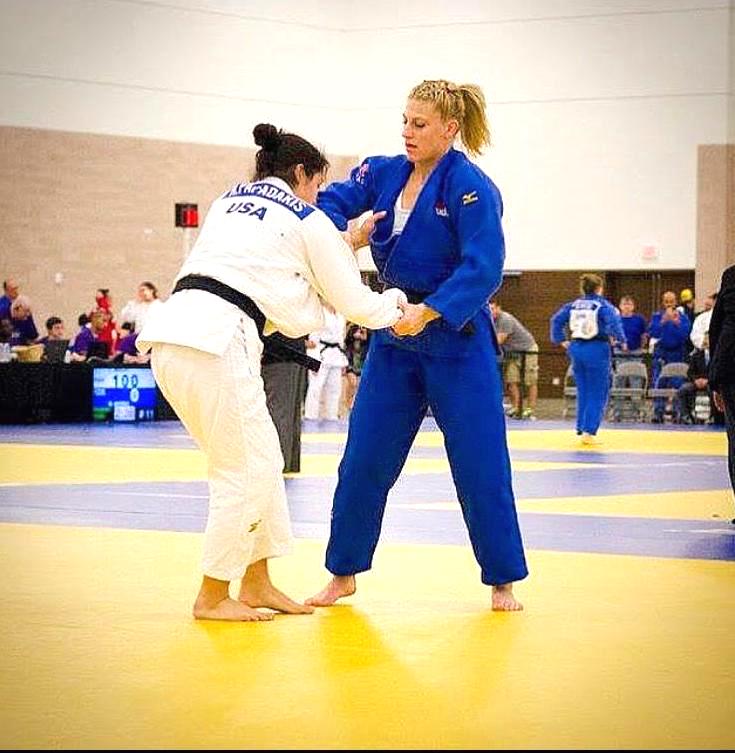 Nefeli Papadakis (in white) faces two-time Olympic Gold medalist champion (2012 and 2016) Kayla Harrison, the first ever gold medalist in the sport of judo for the USA Team. PINOY

“Nefeli thrives on the competition environment and loves the adrenaline rush that goes hand in hand with competing all over the world,” her father said.

Nefeli and her father fly to 4-5 worldwide trainings and competitions annually. Her parents cover the costs.  The flight costs alone this year have amounted to $15,000, Stavros said. She gets help from her parents to cover some of the expenses, but they cannot pay for everything.

To raise some funds, she offered a self-defense seminar at their family-owned gym, Arena Training Center in Waukegan, Illinois on December 9.  She taught maneuvers to prepare the women to punch and kick an assailant from their front or back or if the assailant tries to grab their purse.

From her mother’s Filipino heritage, she says she likes chicken adobo with rice, pansit and Filipino spaghetti.

“My mom has Filipino traditions that she shares with us at home.  Every time someone in the family has a birthday, she will cook spaghetti in the mornings to wish that person a long life.”

For anyone who would like to donate to help her get to the Olympics, visit her GoFundMe page at www.gofundme.com/NefeliUSA.

MOST READ
business Political marketing lessons from the 2022 presidential race
entertainment WATCH: Bea Alonzo fulfills dream of owning apartment in Europe
lifestyle Charo Santos-Concio reveals she nearly became an OFW
newsinfo NCR still under Alert Level 1; Some provinces remain under Alert Level 2 — IATF
entertainment Direk John ‘Sweet’ Lapus says goodbye to being a gay comedian
newsinfo ACT-CIS still leads party list race getting over 5% of votes; 1-Rider, Tingog next
entertainment LOOK: Janine Gutierrez flaunts bikini body in Palawan
DID YOU KNOW?
The 12 Best Lat Exercises for Muscle Growth
Countdown to summer: tips for learning how to surf
User Guide: How to Track a Lost iPhone
The Best Filipino Food to Try When Visiting the Philippines
Water Filter Pitcher: The secret to having clean water at home
Top 15 Most Beautiful Flowers in the World