A U.S. appeals court on Monday handed a defeat to abortion clinics by delaying a legal challenge to a Texas law banning most abortions in that state.

In a 2-1 ruling, the New Orleans-based 5th U.S. Circuit Court of Appeals said the Texas Supreme Court should address enforcement questions related to the law before the Texas clinics’ challenge could resume.

The Republican-backed law bans abortions after about six weeks of pregnancy, a time many women remain unaware they are pregnant, and is one of the country’s most restrictive abortion measures.

Lawyers for the clinics had urged the 5th Circuit to let the case continue before a federal judge who had previously blocked the ban. They cited a U.S. Supreme Court order in December that allowed the lawsuit to continue against certain licensing officials even as the law took effect. 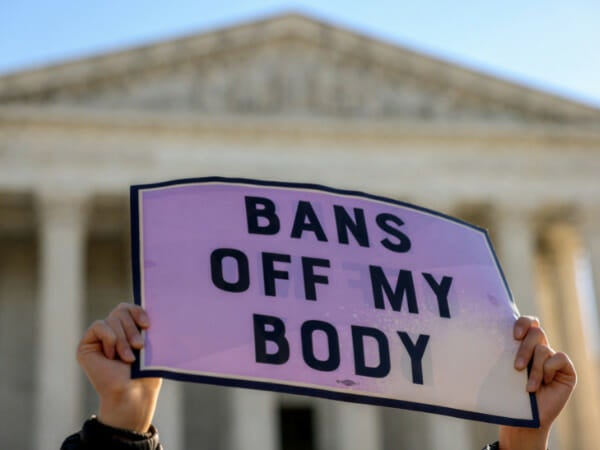 A pro-choice demonstrator holds a sign outside the United States Supreme Court as the court hears arguments over a challenge to a Texas law that bans abortion after six weeks in Washington, U.S., November 1, 2021. REUTERS/Evelyn Hockstein

Marc Hearron, a lawyer for the Center for Reproductive Rights representing the clinics, told the appeals court at a Jan. 7 hearing “any further delay would be inconsistent with how the Supreme Court has handled this case.”

Circuit Judges Edith Jones and Kyle Duncan, both appointed by Republican presidents, voted to send the case to the Texas Supreme Court. They asked the state court to consider whether the Texas attorney general, the Texas Medical Board and other licensing officials can take action to enforce the law if it is violated.

The Supreme Court is expected by June to decide the constitutionality of a Mississippi law that bans abortions at 15 weeks of pregnancy.

Mississippi and other abortion opponents asked the justices in that case to overturn Roe v. Wade, the landmark 1973 decision that made abortion legal nationwide.