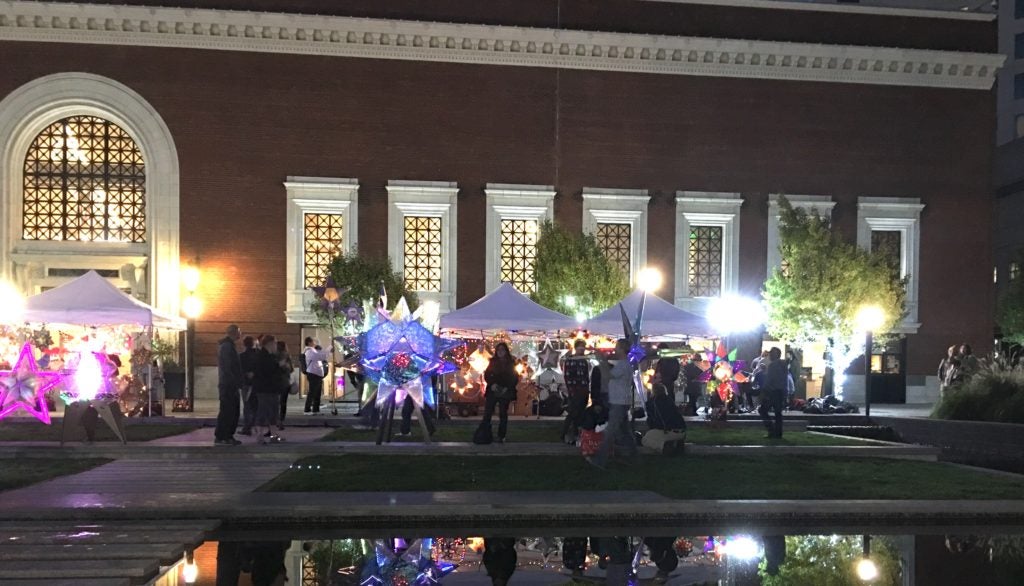 SAN FRANCISCO — A unique Filipino Christmas tradition once again highlighted the yuletide celebration of Filipinos in the Bay Area.

Dubbed as the annual Parol Lantern Festival, the event starts in October and culminates in a parade usually held every second Saturday of December.

It is one event many Filipino community members regardless of age, political beliefs and affiliations, pitch in to re-live what Filipino Christmas is all about thousands of miles away from home.

Centered around the traditional Filipino star lantern lantern “parol,” the festival is a series of activities that include free parol-making workshops from October to December that train participants in the craft. This activity held at the lower level of Mint Mall and at St. Patrick’s Church produces hundreds of lanterns.

FADF consultant MC Canlas, creator of the parol festival, solicited the support of his kabalen (townmates) in San Fernando Pampanga, famous for the “Ligligan Parul” or Giant Lantern Festival, in launching the festival in 2003. CONTRIBUTED

The parade itself this year started from the future site of Bayanihan Community Center on 6th Street, marched along Mission Street, and ended at The Forum of the Yerba Buena center of the Arts for the holiday program and the Taste of Filipino Christmas that served delicacies such as bibingka, suman, tibuk tibuk and tamales.

Since 2006, the Tala Awards, has offered cash awards for the Top three winners: $500 for the grand prize, and $100 and $50 for the second and third respectively. The winners are selected Best Representation of Theme, Best Parol from a Student Organization, Best Performance and Best Overall Lantern contingent. 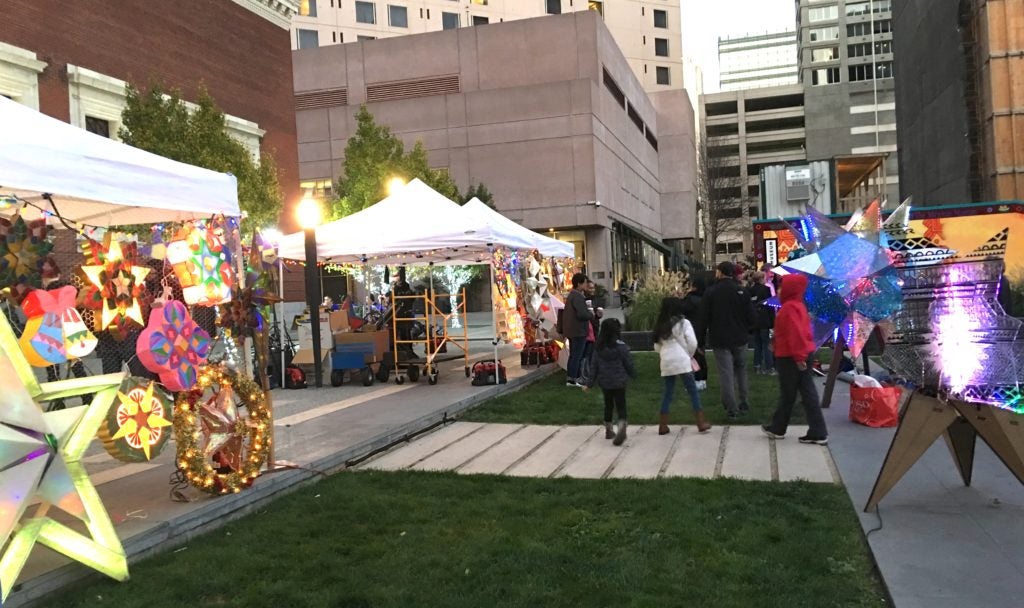 “This is the time of the year when Filipino culture can be prominently and distinctly showcased even in a universally celebrated holiday season in America, and for the past 15 years, since its inception in December 15, 2003, the Parol Festival has highlighted the rich tradition of parol making, the festival of the lights ritual, and the taste of Filipino Christmas in San Francisco,” festival creator MC Canlas.

He broached the idea of the Parol festival in 2003 to Filipino American Development Foundation (FADF) Executive Director Bernadette Sy. The rest is an established Filipino American community Christmas tradition.