‘Martial Law Babies’: Erin Tañada, from a family of fighters

‘Martial Law Babies’: Erin Tañada, from a family of fighters 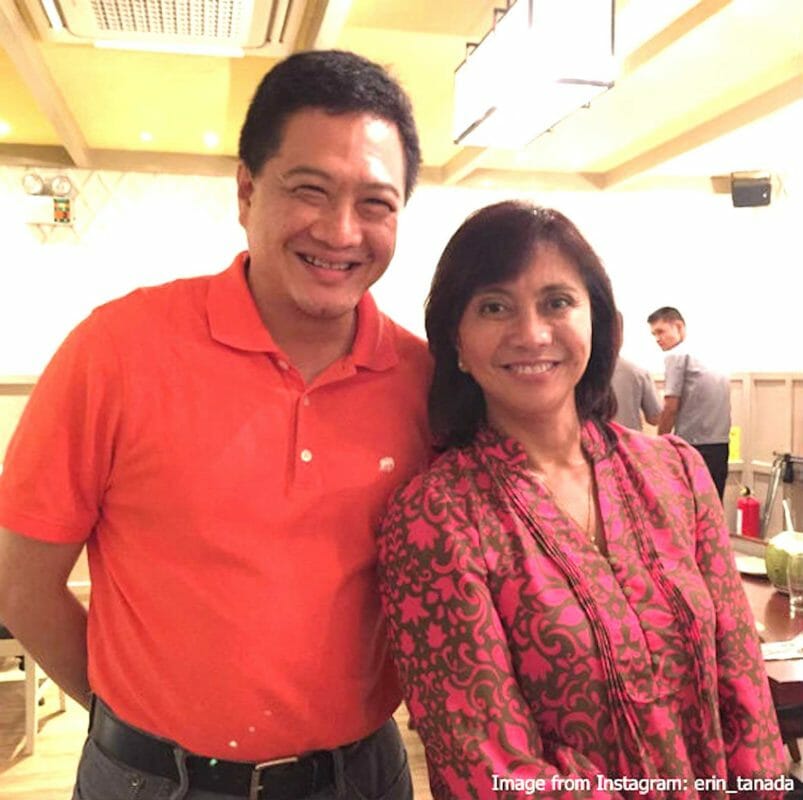 This year is significant for Filipinos of my age. In September, we will mark the 50th anniversary of the event that defined our generation: martial law.

In fact, we’re called the Martial Law Babies, which is not entirely an accurate term, since we were not really “babies” when Ferdinand Marcos seized power and launched his dictatorship.

We were children. The generation Marcos tried to mold into his loyal army of followers. We were taught to praise him and Imelda, to sing songs celebrating his New Society, to be obedient followers of his regime — like the Hitler Youth under Nazi Germany.

This week, I’m launching a year-long series on the Martial Law Babies, the Filipinos of my generation who, inspired by our elders, fought back, resisted the dictatorship, and who have continued to do important work based on the values and principles we embraced in that struggle.

This is personal for me, in many ways. I mentioned in my last column that I will focus this year on connecting (and reconnecting) with friends who matter and who are doing important work that should be highlighted and discussed as the country faces a difficult year.

This week, we’ll start with Erin Tanada, the former congressman who is part of the leadership team of Leni Robredo’s presidential campaign.

I’ve known him since high school. Our Ateneo class actually marked our 40th anniversary last year. Had there been an opportunity, I would have campaigned to have him proclaimed as the member of Ateneo High School Class of ‘81 who has consistently stood for democracy, decency, political courage — all the values we learned growing up under martial law.

Of the Atenistas in our class who entered politics, Erin, to be sure, is one of the few, if not the only one, worthy of respect. He never aligned himself with a tyrant. He never made excuses for a murderous regime. He has remained true to what we fought for when we were young — and he’s still fighting for those ideals.

Erin comes from a family of fighters. His father, Wigberto “Bobby” Tanada, was a revered figure in the anti-dictatorship movement. So was his  grandfather, the late Lorenzo Tanada, whom we all recognized as the Grand Old Man of the opposition in the 70s and 80s.

I had the privilege of writing a magazine feature about the three Tanadas. And I was honored when Erin told me that he actually kept a framed copy of the article in his office in Manila.

This was a decade ago, in 2012, when Erin and I met in Los Angeles to mark the third anniversary of the Ampatuan Massacre. Erin was then deputy speaker of the House, and an ally of President Noynoy Aquino.

That meant he had to answer tough questions at the LA event on why justice for Ampatuan victims was taking so long and on other complaints about Pnoy’s leadership. Erin and I had spent our youth on the streets, at rowdy, militant mass actions against the regime. He had never been the loud rabble rouser, but was instead an even-tempered, thoughtful student leader.

What struck me at that event in LA was how he had remained the same in many ways: the calm, soft-spoken leader who patiently explained the status of the Ampatuan investigation, why patience is key — and why he won’t stop fighting for it.

We last talked late last year, shortly after Leni Robredo announced that she was running for president. Erin had been one of the leaders who wanted her to run, but was respectful of her need to think carefully about an important decision.

Her supporters had tried to convince her through letters. That included Erin who told me about how he reminded the vice president of a similar message he conveyed in 2016 when she was hesitating to run for vice president.

The message centered on Erin’s identity, one that he shared with Robredo: they were both Martial Law Babies. They were both survivors of the Marcos regime and activists who helped defeat the dictatorship. In 2016, Robredo was going to take on the son of the dictator who has consistently defended his regime.

“I was trying to situate her on what we were facing,” Erin told me about what she told Robredo. “I recalled our conversation on why it was important for her at that time to run as vice president. Of all the vice presidential candidates who were running, she was the only one who could articulate what happened during Marcos’s time.”

The rest is history. Robredo beat the son of the dictator and went to become the most effective vice president in Philippine history.

She’s waging another fight against Marcos. Not surprisingly, Erin Tanada, the third generation of the fighting Tanadas, is on the frontlines of that fight.

This time, remembering and explaining what happened to the country under Marcos is even more critical, at a time when the nation is reeling from a pandemic and the Duterte killings.

It’s an uphill fight, Erin has told me repeatedly. But then again, so was the struggle we waged against the dictatorship when we were young. Erin’s used to it. He’s a Martial Law Baby, after all — which means he’s not going to back down.