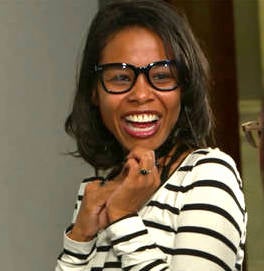 GRAND PRAIRIE, Texas — From age six, half-black and half-Filipino Natosha Brown knew she was born in the Philippines and adopted by an American family. She finally met her birth father at age 36.

Brown never tried to find her biological family. But to find out why one of her two teenage daughters was sickly

she signed up for 23andMe, a genetic testing service. Researchers at 23andMe found nothing in Brown’s DNA suggested her daughter has “bad genes” from her. She did find out she shared a “high percentage” with an unknown relative, whom she hesitantly contacted. The cousin she didn’t know told her, “I know who your daddy is” and how to contact him.

Natosha reached William Woolery, her birth father, who then flew from California to North Texas to meet her and her family.Brown, her husband and her daughters got to know Woolery. The company 23andMe flew Brown to New York City for Thanksgiving where she met her four sisters.

“I don’t know if they know how much we appreciate just having that time [in New York City]. It was amazing just to soak them in and get to know them and to see how alike we are,” she told Patch.com. “That’s what I’ve been amazed with.” She said the Woolerys had been looking for her for 36 years. William Woolery had lost contact with her birth mother.

Brown said she talks to him several times a day. “He’s like my new best friend,” she said. “He absolutely is.”