The best Starbucks drinks are crowd favorites. From mocha frappuccinos to hot chocolate to strawberry acai, refreshes and tickle your tastebuds no matter the season.

With December well underway, the Starbucks menu has done its annual job of bringing out the holiday drink list. Apart from collecting the stickers that will win you a planner, Starbucks drinks are genuinely loved by millions. Now that the holidays are nigh, you might want to take note of the best holiday Starbucks drink. 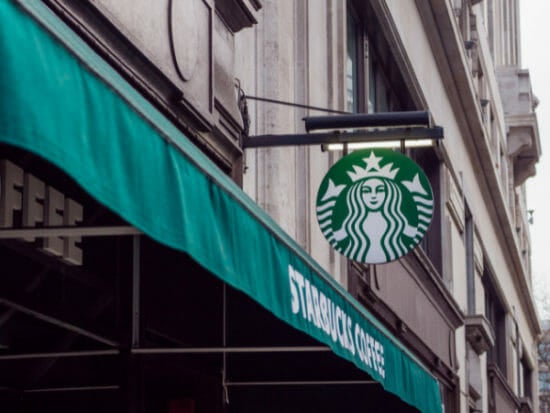 Back in 1971, when Starbucks first opened its doors in Seattle, no one thought it would become one of the largest coffee chains in the world. There’s a lot to love about Starbucks apart from their drink. Although that is their main attraction, many people can appreciate the company’s drive for innovation.

Best Starbucks Drinks for the Winter 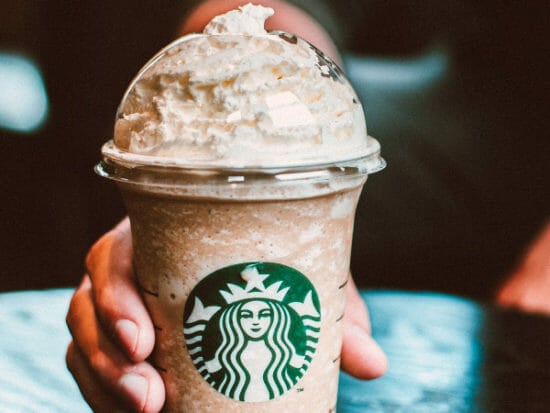 Millions of coffee lovers consider December one of the happiest times of the year. Not only is it the time for celebrating, eating lots of good food, being with friends and family, it’s also that time of the year when Starbucks dusts off their holiday menu and adds in new drinks or three to the list. Considering these drinks are seasonal, people line up and clamor for them before they are gone for the rest of the year. Check out some of the best Starbucks drinks this holiday.

Have you ever bought a box of Girl Scout cookies? Imagine having it in drink form with an added kick of cinnamon. This drink is for those who have a sweet tooth.

The first few sips are a foamy cinnamon-flavored top layer that will satisfy your cravings for something sweet and velvety. The rest is just as warm and comforting. Substitute the regular milk with oat milk or coconut milk for added creaminess.

The white mocha you love all year round is now infused with toasted marshmallows, candy pearls, and colorful sprinkles. The white mocha sauce is as delicious as ever with its caramelized white chocolate flavor. This latte may be a bit sweet and thick so if that’s not your vibe, have them change the milk into nonfat or low-fat milk. Try a drizzle of raspberry syrup on top for an added fruity flavor. 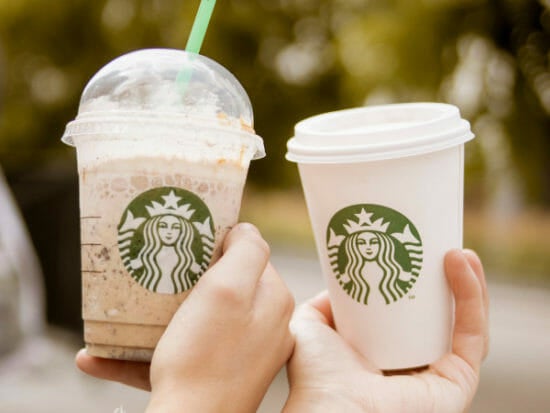 Another one for all the sugar lovers out there. This one might be a bit much if you don’t like your drinks too sweet, but it’s worth the carbs. Drinking this stuff is like biting into a sugar cookie on Christmas morning.

With two shots of espresso, steamed milk, sugar cookie syrup, and red and green sprinkles, it’s Christmas in drink incarnate. If you want to go for non-dairy, try having it with almond milk. You can have this sugar-overload drink hot or cold.

While not many want their winter drinks over ice, this one is worth the cold hands. Starbucks’ signature cold brew is infused with Irish cream syrup. The Irish cream gives this cold beverage a slightly vanilla chocolatey taste without so much sweetness that you don’t enjoy your caffeine taste. This drink is just the right balance of sweet and strong coffee flavor, which is top off with a layer of vanilla sweet cream cold foam and dusting of cocoa.

Starbucks has a secret menu that’s not-so-secret if you Google it for five seconds. The Santa Claus frap sounds just like how you imagine it — snow white and drizzled with a bit of red for the festivities. It is an iced drink made of vanilla bean frappuccino dressed up with swirls of strawberry syrup. If your barista doesn’t recognize the name, just ask for a vanilla frappuccino with strawberry puree topped with whipped cream and Christmas sprinkles. 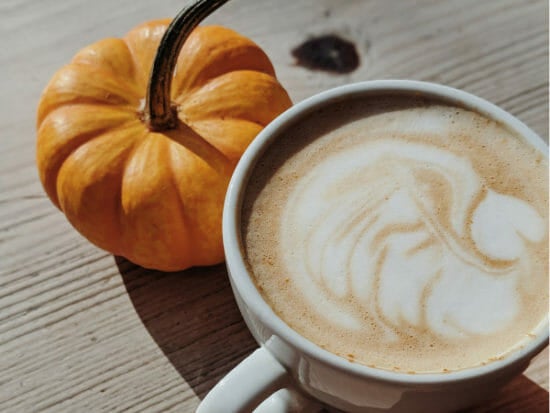 If you want to spice it up a little bit more, try the Pumpkin Cream, Cold Brew. This drink is a cult favorite for a reason. Like the Irish Cream Cold Brew, it’s made of Starbucks’ signature cold brew and infused with pumpkin cream syrup.

You can add a pump or two of vanilla syrup for an added sweet kick. The PSL, on the other hand, is a perennial favorite. Whether cold or hot, you can’t ever go wrong with one of the best Starbucks drinks.

A trademark for Starbucks’ menu on the holidays, the Peppermint Mocha is good as a latte or as a frappuccino. With steamed milk, decadent mocha sauce meets cool peppermint syrup in a roasty espresso.

If you have it hot, try replacing the regular sugar with brown sugar as it goes well with mocha. Some prefer this drink ice-blended because the ice and milk balance the sweetness. Don’t skip the whipped cream and chocolate curls on top if you want more sugar.

Somewhat considered a classic, this one is reminiscent of a caramel macchiato. Even better, this drink is positively sinful because of the rich, buttery Caramel Brulée sauce. The caramel brulée toppings have a crunch of burnt sugar which adds to the drink’s decadence.

It has all the makings and comfort of a good caramel latte but is excited with a nutty, almost smoky flavor. It is best to have it hot, but you can make it work with ice if you like crunchy sips.

While not exactly a ground-breaking drink, chai lattes are a crowd favorite for a reason. If you want less caffeine, you opt for chai instead of the usual coffee drink. Dirty chai is an amped-up version of the classic chai latte.

It’s pretty much the same drink but with a shot of espresso. If you’re looking for something new this holiday, you might want to give this a try. You can have it hot or iced. Add in a pump of vanilla syrup for a bit more decadence.

If you’ve been a longtime Starbucks lover, you might have heard about this one in years past. While not as popular as the Peppermint Mocha, the Chestnut Praline Latte keeps coming back because many people still love it. Steamed milk with a shot of espresso is infused with caramelized chestnut syrup for that cozy, nutty beverage that is perfect for the cold holidays. It is topped with spiced praline crumbs that add just the right amount of kick to this flavorful latte.

Gingerbread is pretty much the glue that holds many American households on the holidays. From gingerbread men to gingerbread houses, baking these babies is pretty simple. Are you drinking them in coffee form? An adult with a child’s heart’s dream comes true.

Piping hot espresso infused with gingerbread syrup and ground nutmeg drizzled on top makes this drink the perfect holiday partner. Pair it with some ginger molasses or warm oatmeal cookies.

Why is Starbucks so popular? 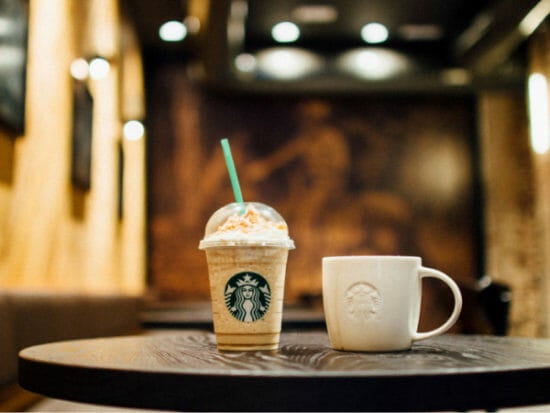 When Starbucks founder Howard Shultz first put up the first of hundreds of Starbucks chains, he wanted more than to serve a good cup of joe. He wanted to give a whole new coffee buying experience to paying customers. No matter where you are in the world, you will get the same soft, comforting atmosphere inside a Starbucks. Their drinks may vary a bit, but the baristas are trained to be especially nice, and the music creates a feel-good atmosphere.

Starbucks redefined coffee shops not just for Americans but for the whole world. The concept was so successful that the brand created a third space for people to take their coffee after home and work. And just like other huge global food chains, your drink will taste the same whether you order your green tea infused with this-or-that syrup in London or New York.

Best Coffee Maker for Home Use

If you go inside a Starbucks in Spain and order something that only people in New York know about and readily have the ingredients, don’t throw a fit. You can ask your baristas for their recommendations on the secret menu instead of trying out something new. Either way, the holiday drinks listed here are worth a shot while they’re still around for the season.