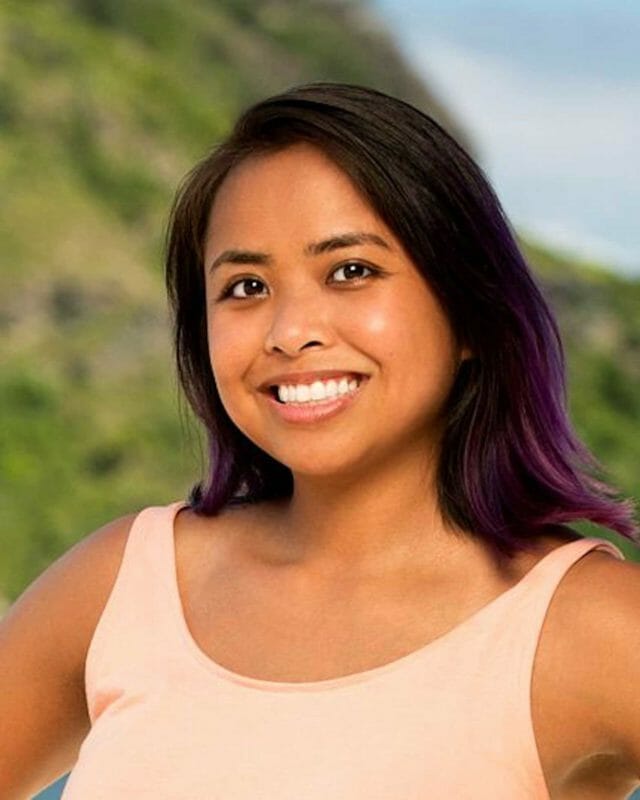 A petite Filipina, the smallest among the competitors, outwitted, outplayed and outlasted her opponents to become winner of the 41st seahttps://usa.inquirer.net/wp-admin/profile.phpson of Survivor winning a US $1 million (1,284,910.00 Canadian) cash prize.

Erika Casupanan, 32, a communications manager from Toronto, is the first Canadian to win the show and the first one of Filipino descent to grab the title of Sole Survivor. She is also the second woman to be declared winner since 2017.

“I am a Filipino immigrant woman who lives in Canada. And I won the game!” Casupanan said in a video posted on Survivor’s Twitter page. “I was able to make my dream of dreams come true and win the game. And what I want to say is that if I can do it, anyone can do it,” she told dailyhive.com.

Filmed in the Fiji island of Mamanuca for 26 days instead of the usual 39 because of Covid,18 players called “castaways” – advanced through each day’s events by winning different challenges and avoiding being voted out by a ‘tribal council’ of fellow competitors.

It’s a game of skill, strategy and of forming – or breaking – allegiances and the Survivor series is one of the most popular of its genre.

Asked what she was going to do with her prize, the petite winner who was born in the Philippines revealed a very Filipino trait of honoring one’s parents.

“My first priority is my parents. I have to make sure they have whatever they need to live a comfortable life. Second priority, maybe irresponsible, but there’s a lot of expensive shoes I want. And then after that, I’ll do the smart stuff you do with money,” she happily told ET Canada in an interview.

Casupanan, who confessed to being a Survivor fan ever since the show premiered, said her desire to be in the show became a constant inspiration during difficult moments in her life.

Having grown up with her grandparents, Erika said her grandfather’s death was the first time she experienced loss, and watching Survivor helped her escape and eventually overcome the painful event.

From that time on, she kept telling herself that she needed to be strong to prepare for her challenges when she gets cast in the show in the future.

“I am a Filipino immigrant woman who lives in Canada. And I won the game!” Casupanan said in a video posted on Survivor’s Twitter page. SCREENSHOT CBS

She said that her mother was initially worried for her when she joined the show. However, she assured her that she had a strategy and that she will be okay.

The players were sworn not to reveal that they were in the game until the episodes are aired. She had to keep it a secret from family and friends for almost six months, she told Western News. Filming begun in April and May 2021.

Casupanan said that because of her petite size (she’s 5’ tall), she has always been underestimated in life, but she used that to her advantage in the game, according to globaltv.com.

Casupanan, a Saint Paul High Catholic School grad was raised in Niagara Falls and  is one of two Canadians this season, along with Toronto’s Shantel Smith.

The Western University graduate quit her job after 10 years in corporate communications in Toronto before filming began in April and May 2021.

While at Western, Casupanan earned her way to the Dean’s List and was president of the Media, Information and Technoculture (MIT) student council and was on the University Student Council in her final year at Western University in London, Ontario.

She obtained a diploma in Multimedia Design and Production from Fanshawe College and finished her BA in Media, Information and Technoculture in Western University in 2017. She took a post graduate Certificate in Public Relations at Humber College in 2012.

She also was a consultant to Google Canada, PlayStation Canada, Epson Canada, foodora, among others.

She was senior manager, marketing communications for Kijji Canada from 2017 to 2021.