The Complete Guide for the Best Christmas Movies on Netflix

The best Christmas movies on Netflix are ripe for picking. If you’re looking for the perfect movie to relax and have a good ‘ole family night with, there are plenty on the world’s number one streaming platform.

Movie marathons of Christmas specials have always been part of many American families’ holiday traditions. Some watch them as early as after Thanksgiving dinner. Others like to keep it closer to D-Day or binge-watch on Christmas Day itself. 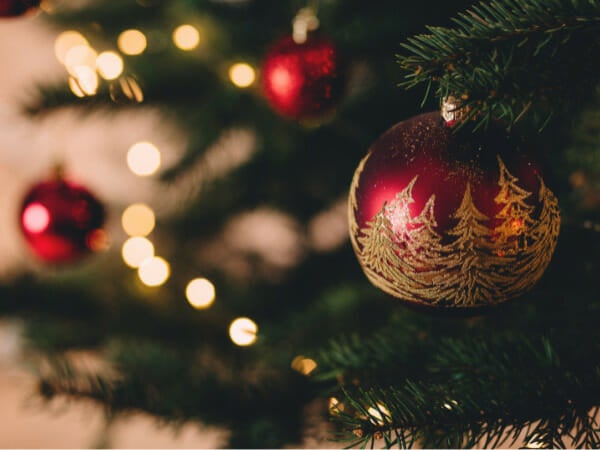 Dating back to when films first began and were shown in movie houses, Christmas movies were already a thing. Classics like the black and white film Miracle on 43th Street or early animations like Dr. Seuss’ The Grinch have been well-loved by many generations past. What makes a Christmas movie is how it makes Christmas and the holiday spirit the center of its plot.

The audience loves a good family movie centered on the joys and celebration of Christmas. Some classics are also movies about disastrous Christmas dinners, ways to save Christmas, or even evil monsters who try to ruin the holidays. These beloved

Christmas classics become all-time favorites because they make an individual or an entire family’s Advent calendar all the merrier.

12 Holiday Movies to Watch on Netflix 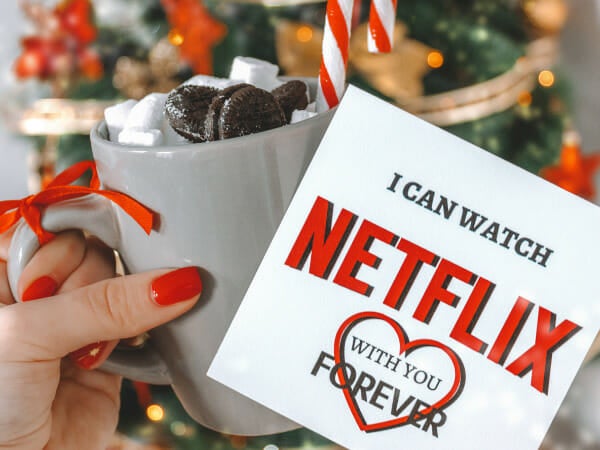 Netflix has plenty of Christmas movies for you to browse. From classics like The Holiday to their own Netflix original content like The Princess Switch and The Christmas Prince.

The holiday season just isn’t complete without the formulaic happy endings and cheesy overdone lines about familial love and the spirit of Christmas. Even a good Christmas scare might add a bit of spice to your holidays. Check out some of the best Christmas movies on Netflix below.

Based on a best-selling young adult novel by acclaimed authors John Green, Lauren Myracle, and Maureen Johnson, Let It Snow is a story of eight teens in a small town on Christmas Eve. They each have their sub-plots, but their paths eventually collide during a white Christmas evening. Nothing will ever be the same for these young, hopeful adults. Come morning. 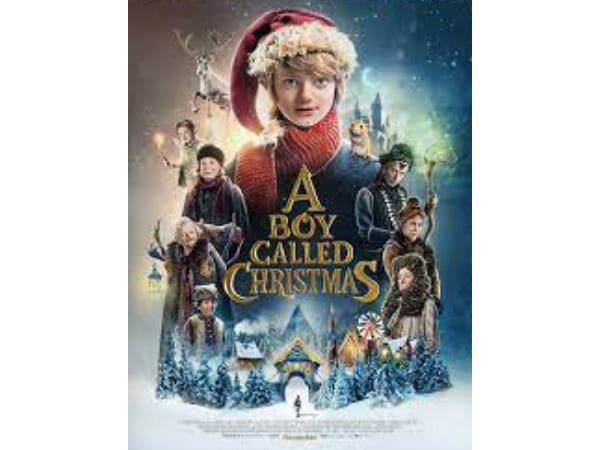 Another Santa Claus origin story? Yes, please. This clever reimagination of how young St. Nicholas came to be Santa Claus and found his purpose as the Father of Christmas. Young Nikolas is looking for his father, who is on a quest to find the mythical village of elves, Elfhelm. With a reindeer and a mouse for companions, this holiday movie is enjoyable for all ages.

A rich and beautiful duchess switches place only a week before Christmas with a baker who goes to her village in Europe for a baking contest. The kicker? They look exactly alike.

So much so that no one notices they’ve swapped lives and eventually fall for each other’s partners. Vanessa Hudgens is sure to delight you, a feel-good, cliche, princess and the pauper story.

Desperate postman Jesper wants to redeem himself after proving to be the worst student at his academy. He is sent to the frozen town of Smeerensburn in the North Pole. There he meets a reclusive toymaker named Klaus and quickly befriends him. Together, they deliver Christmas gifts all over the world. This animated film was nominated for an Academy Award in 2019. 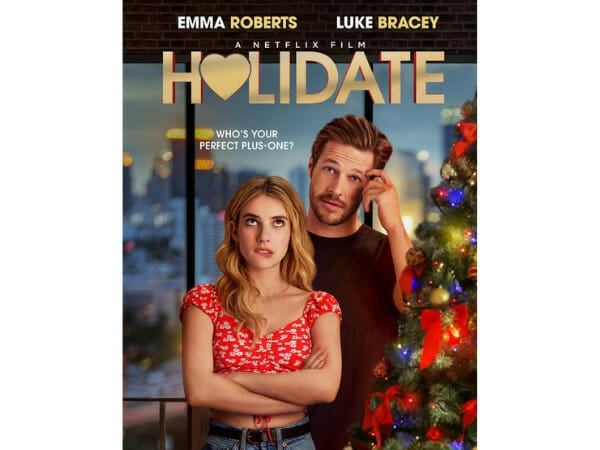 Fed up with their family and friends pestering them about being single, one man and one woman decide to be each other’s “holidays.” They agree to be each other’s plus-one to all holiday events. Just like how all of these movies go, they catch real feelings along the way. This one is a fun rom-com starring Emma Roberts that you can indulge in.

Ever wanted to catch Santa? These two kids take it up another level as they hatch a scheme to capture Father Christmas on Christmas Eve. Things don’t go exactly as planned, and they end up joining Santa and his loyal elves to save Christmas before it’s too late. Kurt Russell plays Santa Claus in this strangely touching movie.

How the Grinch Stole Christmas (2000)

Adapted from Dr. Seuss’ classic children’s story, Jim Carrey plays the mean Grinch who loathes Christmas. The cheery citizens of Whoville are excited for the holidays, but the Grinch wants them to be as miserable as he is. When he goes down from his mountaintop home into the town, he meets the adorable Cindy Lou Who and slowly has a change of heart.

Dumped and depressed, English rose Iris agrees to swap homes with similarly unlucky in love Californian Amanda for a much-needed break. Iris finds herself in a palatial Hollywood mansion while Amanda navigates the lanes of a picture-perfect English village. Soon enough, both lovelorn ladies bump into local lads, perfect for a romantic pick-me-up.

Starring some of Hollywood’s biggest stars, Jing Jangle has all the hallmarks of a remarkable Christmas tale with added song and dance numbers. A young girl is on a mission to help her grandfather, a toymaker, recover his greatest creation. In the process, she aims to bring back his faith in the holiday and to resuscitate the spirit of love and hope just in time for Christmas. This movie is a true animated classic. This movie is a fresh take on the hero’s journey to the North Pole. A young boy is woken up in the middle of the night by a train passing by his house. He boards The Polar Express and has the experience of a lifetime. Gaining new friends, discovering himself, and celebrating the true spirit of Christmas, this one might be a tear-jerker, so bring tissues.

Riley and her sorority sisters prepare to deck the halls of Hawthorne College with the holiday cheer — as in wild Christmas-themed parties. The campus is usually quiet as students head back home to celebrate with families during this time. Amid their celebrations, a mysterious hooded figure starts dropping bodies. Riley and her friends decide to fight back.

Christmas Gifts for Your Loved One

Are new Christmas movies better than the classics? 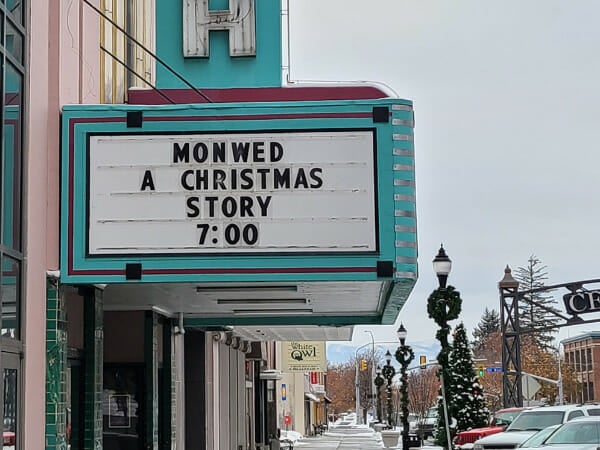 Depending on your Christmas mood, there is always a Christmas movie out there for you to fall in love with. Comparing the classics to the new ones is a moot point as they all have something to offer. Admittedly, many of the new Christmas movies have adapted or been inspired by the classics, as goes for every other movie or book genre out there.

The classics are called because they have cemented the genre and made it what it is now. However, that doesn’t mean you should snub some of the best Christmas movies on Netflix. These new films might have something you haven’t watched before. Even if they didn’t, watching something new never hurt anyone. Try one from this list and see how you like it.

Some countries are not issued copyrights, so they cannot stream certain movies or shows. There is an agreement between studios and Netflix where the platform can only offer a select list of entertainment in certain parts of the world. This has long been a source of frustration for many subscribers, but it looks like no solution is yet to be found for a universal Netflix viewing experience.

If you’re looking for your next Christmas binge, whether alone or with family and friends, look no further. The best Christmas movies on Netflix are at your beck and call. Above are some of the most popularly watched holiday movies since they have premiered on the streaming platform. You can choose from rom-com to hopeful stories to a bit of holiday horror.

Remember that not everything in this list might show up in your Netflix selection, depending on your state or area. Sit back, grab some snacks, and cuddle by the fireplace to have the comfiest Christmas binge ever.