SAN FRANCISCO — There’s good news this holiday season for some victims that used the world’s largest money transfer company to send money to scammers — a refund may be forthcoming to ease the burden of these scam victims.

The Federal Trade Commission (FTC) and the Department of Justice (DOJ) announced that Western Union (WU) Company agree to return of $586 million to estimated hundreds of victims who used Western Union to unwittingly wire money to scammers.

This repayment is the result of a lawsuit was filed against WU after an FTC, DOJ and U.S. Postal Inspection Service joint investigation of scammers who used the wire transfer services of WU. 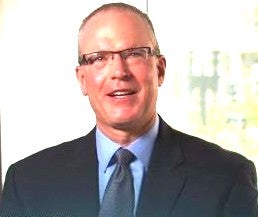 In a telebriefing held recently through New America Media (NAM), moderated by NAM executive director Sandy Close, FTC Director for the Midwest Region Todd Kossow admitted that “it is unusual to get money back from many types of scams (but victims) now have an opportunity to get back their money back but they need to act quickly in order to do so.”

Kossow litigates and supervises consumer protection cases in federal district courts against companies and individuals. He was joined in the telebriefing by Lois Greisman, associate director, division of marketing practices in the FTC’s Bureau of Consumer Protection.

Money back from WU

“Many people who are eligible to get their money back from Western Union are those who thought they won a prize or sweepstakes, owed back taxes from the IRS, or were sending money to get a grandchild out of trouble. But these are all scams,” explained Kossow.

The gist of both the civil and criminal charges is that Western Union knowingly allowed scammers to use its money transfer system to defraud consumers. “Essentially, it did not do enough to protect people from fraud and it did not properly discipline agent that were facilitating the fraud.”

The $586 million settlement already resolves the FTC’s civil fraud charges and DOJ’s criminal money laundering charges. Kossow advised anyone who sent a money transfer between January 1, 2004 and January 19, 2017 through WU and lost money to a scam to submit a claim for the amount that they lost for they may be eligible for a refund.

But they must act quickly as filing of claim is only up to February 12, 2018.

How to get refund

“Those that previously reported a transfer through the Western Union to the FTC and to another government agency may have likely already have received a claim form in the mail and they should go to a special web page the FTC setup for this purpose at ftc.gov/wu. Once there click the button that says ‘I have a pre-filled claim form’, they can then use the claim ID and PIN on the form to submit their claim online,” detailed Kossow. “They can make a claim on the amount shown on the form and need not provide additional documentation. They can also make a claim for a larger amount.  And then should submit any documentation thy have to support that larger amount.”

Those who did not receive a form in the mail can also submit claims, added Kossow, but should press the button marked “I lost money but did not get a claim form,” which will take them to the online claim form. Consumers using this should submit whatever documentation they have to support the claim such as the receipt or the transfer sent form and make sure they provide as many details as they can remember about the transfer.

Some that may not have any documentation are encouraged to still submit a claim with much-needed information that may make them eligible for a refund, provide their social security numbers (SSN) or an individual taxpayer identification number (ITIN).

If they do not have both the SSN or ITIN, they should simply check the box on the form that says they don’t have an SSN or ITIN and when asked to provide a reason, indicate that they are not a U.S. citizen or whatever explanation applies.

“Once a claim is submitted, the DOJ will take steps to verify it. If the claim is verified, it may take up to a year for people to receive a refund. The amount each consumer received depends on how much they lost and the number of people who submit valid claims,” clarified Kossow who also emphasized that even those outside of the U.S. may be refunded as it is an international restitution claim.

The types of scams that may have been employed include:

“These scams really are from all over the world. They use wire transfer because you can quickly send money anywhere in the world and it is really difficult for law enforcement to track,” Kossow explained.

Greisman was quick to warn that the huge amount of settlement is too tempting for another set of scammers to take advantage of and victimize those who already have fallen prey to scams. Lois Greisman associate director, Division of Marketing Practices in the FTC’s Bureau of Consumer Protection warns that even the settlement with the Western Union to refund scam victims may also be a subject of a scam itself considering the huge amount involved.

“Scammers follow the news and you can be sure their eyes are open wide when they $586 million settlement with Western Union. If you or someone you know was approached by a scammer, please report them immediately to our payment providers such as the Western Union i-Tunes reload, and also file a complaint with the FTC. Complaints really matter. Though we cannot help individuals on a one-on-one basis, those complaints help us and may help law enforcers across the country apprehend, identify and steal scammers,” Greisman said.

Greisman said that anyone who offers to help (process the claim) and request payment, no matter who they say they are, is a con artist. “Never pay for anything via wire transfer, gift card or cash reload card.”

Greisman also announced that impostor scams whether by mail, online or telemarketing are the main types of scams that they are on the lookout for.

“The scammer poses as a government official maybe from the DOJ, Federal Bureau of Investigation, FTC, and the scammer tells you how to file a claim so you can get your money back. Or maybe the scammer will say that he is from Western Union and ready to assist you in filing a claim and ready to issue a refund check put in right on the mail. Whether pretending to be from the government or Western Union, stop right there. Nobody needs to pay to file a claim and only a scammer will offer such help,” Greisman cautioned.

Greisman also wanted everyone to start doubting if someone suddenly asks for upfront payment via wire transfers such as Western Union, or via gift card like Amazon as scammers may also ask that money be deposited on a card like money packs or reload it.

“For this kind of instrument all the scammers want is the PIN code at the back of the card so they can digitally load the money from the card straight into their account. So, anyone who asks any consumer to pay by one of these methods is trying to rip them off. The bottom line is we don’t want anybody to lose a dime to the scammers,” advised Greisman.

She also encouraged everyone to talk with family and friends so they can be well informed to spot a scam.