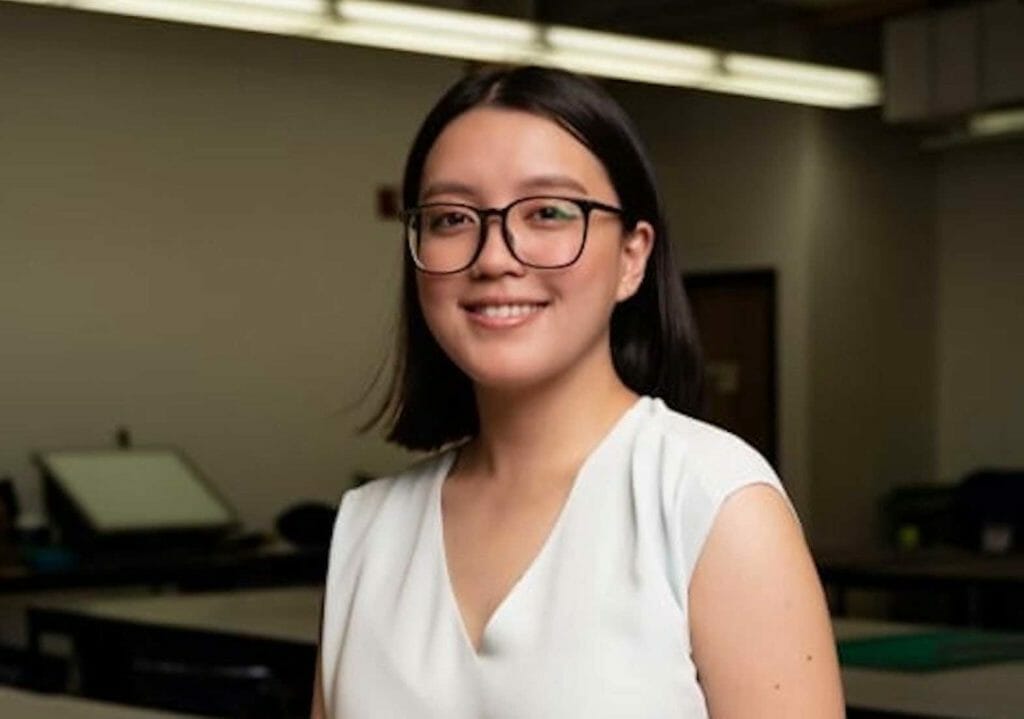 Mikaela Yeo, a design student at the University of Alberta, is helping publish an updated Chavacano dictionary. UofA

A Filipina student at the University of Alberta student is helping update a Chavacano dictionary for print and online publication.

Mikaela Yeo immigrated from Zamboanga City several years ago. Her interest in the Chavacano dictionary was sparked in an undergraduate design class at the University of Alberta.

Chavacano is a type of Spanish-based Creole spoken by about a million people, a result of Spanish colonization of the Philippines from 1565 to 1898.

“It sounds like music when people are speaking it,” Yeo told CBC Edmonton’sRadio Active. “It’s mostly used in everyday conversation and never in an academic way.”

Yeo, a design major, was assigned to to make a book more visually appealing and user-friendly. She made a mock-design of a Chavacano dictionary.

When Yeo reached out to the author of one of the only online dictionaries she could find, she was asked if she would help publish an updated Chavacano dictionary.

Yeo is now working with Gefilloyd L. De Castro, from Zamboanga State College of Marine Sciences and Technology, on the dictionary.

Growing up, Yeo thought her language was disappearing, but in researching her project, she learned Chavacano was just changing, “from being Hispanic back to Filipino … which I think is amazing,” Yeo said on CBC Edmonton’s Radio Active. “It’s a natural phenomenon in language where the language transforms along with the people.”

She said she became a better Chavacano speaker after she moved to Canada.

Yeo wants to present the updated dictionary to her grandmother, Julia “Titang” Jaldon, who is famous in Zamboanga City as one of the only Chavacano composers and singers in the country.