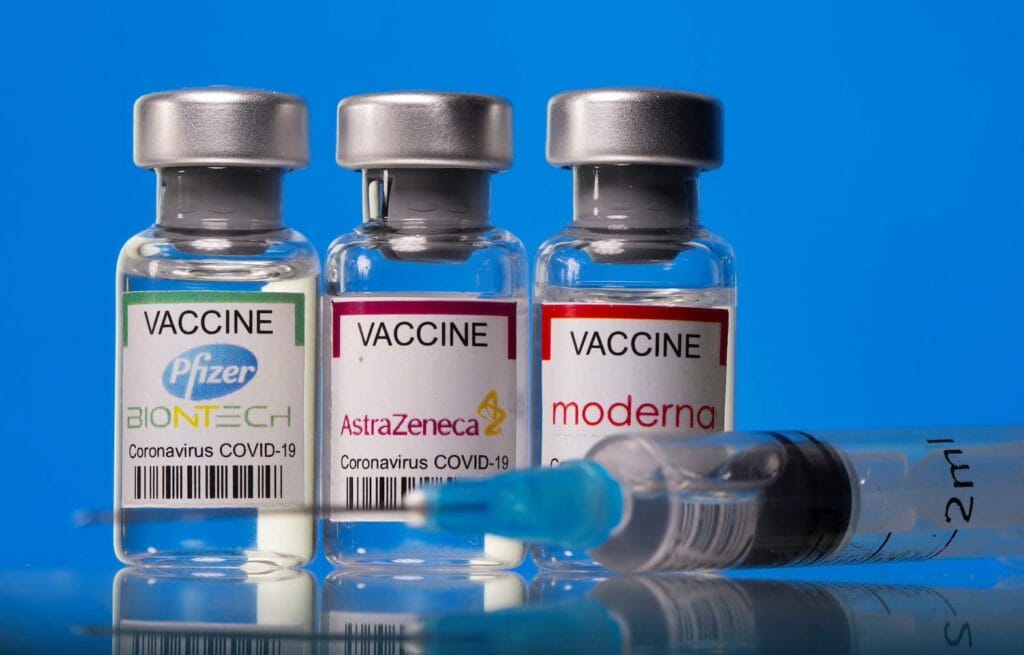 The following is a summary of some recent studies on COVID-19. They include research that warrants further study to corroborate the findings and that has yet to be certified by peer review.

A mix-and-match approach to COVID-19 vaccines is safe and effective, and some combinations even improve upon immune responses, UK researchers found.

They studied 1,079 volunteers whose first shot was either the adenoviral vector vaccine from AstraZeneca or the mRNA vaccine from Pfizer/BioNTech. Participants were then randomly assigned to receive either the same vaccine or a shot of Moderna’s higher-dose mRNA vaccine or the experimental Novavax vaccine, which uses a different technology than the others.

There were no adverse effects from mixing the vaccines, the research team reported on Monday in The Lancet. Regardless of which shot people received first, getting the Moderna as the second dose induced a stronger antibody response than a second dose of the original vaccine, lab experiments suggested.

An important second-line response from the immune system – the activation of T-cells – was greatest with the AstraZeneca vaccine followed by the Novavax vaccine, the researchers found. Given that neither of these requires special freezer storage, this finding – and the fact that mixing any of the other tested vaccines is safe – could be “extremely relevant to the 94% of people in low-income countries who are yet to receive any doses,” they concluded.

Typical saliva tests are unreliable unless done immediately after an overnight fast, because the concentration of virus particles in saliva drops steeply after eating or drinking. Like other rapid antigen tests, this one, called PASPORT, binds the virus to nanoparticles. But PASPORT adds a second type of nanoparticle that binds to the first set, yielding a stronger signal and making the test more sensitive at finding the virus at any time of day, the researchers reported on Monday in Microchimica Acta.

When tested on non-fasting samples from 139 volunteers – 35 with known COVID-19 infections and 19 with other respiratory infections – and compared to PCR tests of swab samples from the back of the nose and throat, PASPORT was 97% accurate at identifying SARS-CoV-2 and 91% accurate at ruling it out.

“Although PCR has been the gold standard, it requires trained personnel and laboratory infrastructure,” study leader Dr. Danny Jian Hang Tng of Singapore General Hospital and Duke-NUS Medical School, said in a statement. A reliable, painless, affordable and convenient saliva test “would encourage more to be tested, and more frequent testing.”

The Omicron variant of the coronavirus can partially evade protection from two doses of the COVID-19 vaccine from Pfizer and BioNTech, preliminary data indicate.

Researchers in South Africa exposed Omicron to antibodies in blood samples from 12 people who had each received two doses of the vaccine. The antibodies’ ability to neutralize Omicron was 41 times lower than their ability to neutralize a version of the virus that circulated early in the pandemic, Alex Sigal of the Africa Health Research Institute in Durban and colleagues reported on Tuesday in a paper that has not yet been peer-reviewed.

Among volunteers who also had antibodies from prior coronavirus infection, the researchers saw “relatively high” neutralization of Omicron, suggesting that raising antibody levels with booster doses will be helpful, other researchers said. Jonathan Ball, a virologist at the University of Nottingham in the UK who was not involved in the study, said in a statement that the group that was vaccinated and previously infected “mimics what we would expect in people who had had two doses of vaccine plus a boost… The data should give us reassurance that the vaccine will still offer protection.”

Vaccines also induce second-line defenses, including T cell immunity. “We think that this will be less impacted” by Omicron’s mutations, he said. On Wednesday, BioNTech and Pfizer said that while two doses of their vaccine have a low neutralizing effect on Omicron, a lab test showed that a third dose boosted protection levels back to about what was seen against the original virus.