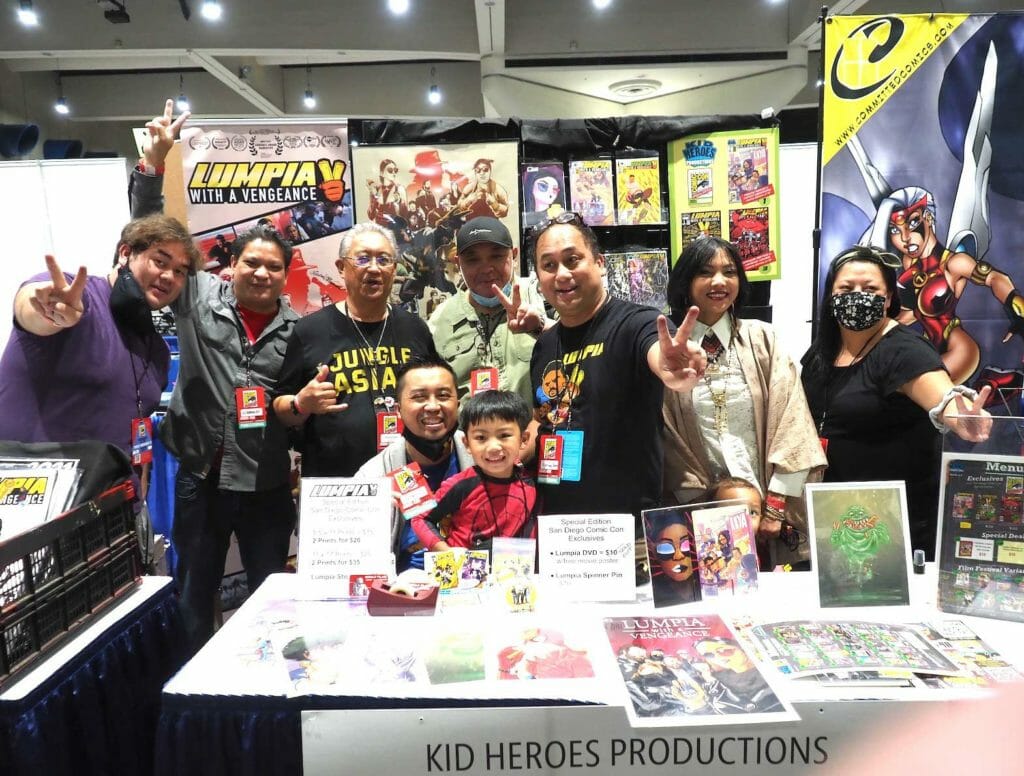 The new film “Lumpia with a Vengance” is the first Fil-Am feature ever to be screened at the popular San Diego Comic Con. It drew a capacity audience that had to turn some fans away. At their booth on the exhibit floor are some of the Fil-Am artists with the film’s creator, Patricio Ginelsa seated center with his son. INQUIRER/Florante Ibanez

SAN DIEGO, California – This city’s an Diego’s Black Friday store sales competed with the return of the San Diego Comic Con / Special Edition for the after-Thanksgiving crowds. Looks like Black Friday won, with one big exception — the fully packed Black Friday night screening of the Filipino American comedy film “Lumpia with a Vengence.”

“The screening made me feel validated that our film can connect with and attract a mainstream audience,” says filmmaker Patricio Ginelsa.

“All the “Lumpia” love just spilled over the rest of the weekend, as our cast/crew autograph signing was packed, even overpowering some of the other mainstream signings next to us,” Ginelsa gushes.

“All of our exclusive comic books sold out over the weekend and most of all, a lot of people came over to share with me their appreciation for the film. We were all nerding out over a movie I created! WOW! …. Truly a dream come true!“

The much scaled-down, three-day Comic-Con Special Edition at the waterfront San Diego Convention Center did not bring the usual crush of summer crowds — estimated to top 160,000 in past years — but superfans rejoiced at the return of the first in-person gathering since 2019. All participants were required to have proof of vaccination or recent testing to earn a special SDCC red wrist band.

Patrick Ballesteros, a popular local Fil-Am artist was again on hand in the Artists Alley section to sign his special variant holofoil cover edition of the Lumpia with a Vengeance comic book. His fans were grateful for the lack of previous long SDCC lines to purchase his work.

It seems Filipino Americans are hard-core SDCC participants. Officiating the Friday opening ribbon cutting for this Special Edition SDCC was Filipino American Mayor Todd Gloria. Fil-Ams were everywhere, even with mandatory masking that might have spoiled their cosplay outfits. 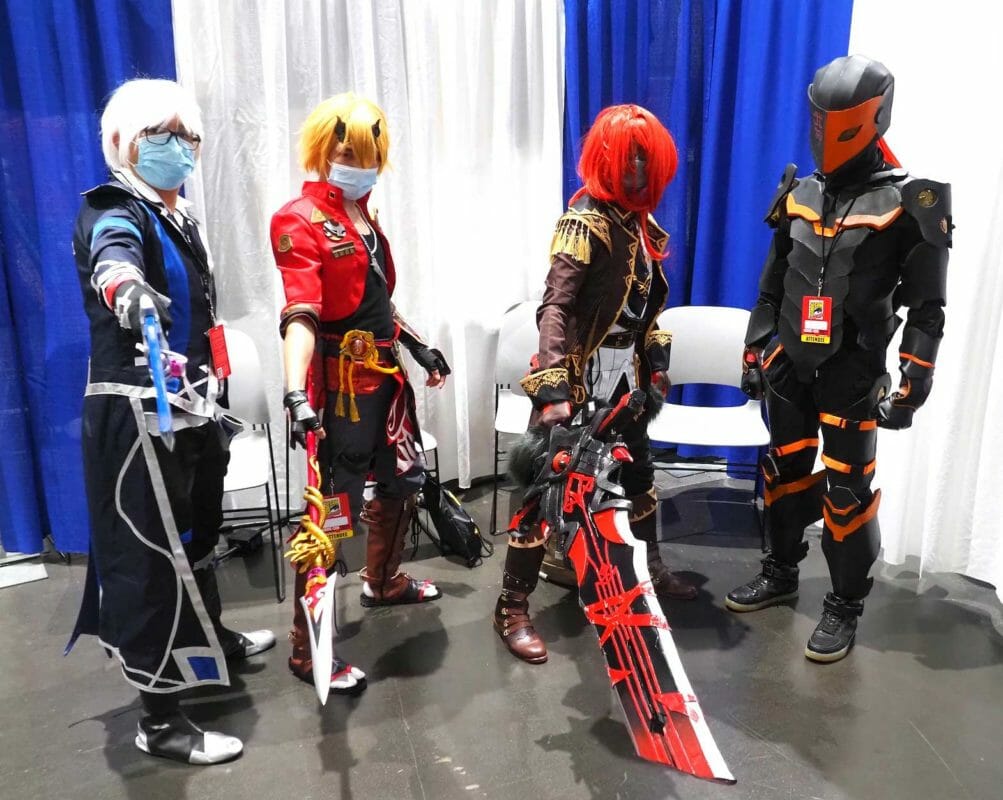 Filipinos came from as far away as Chicago and the San Francisco Bay Area. Julius Onte brought together some Filipino cosplayers by offering a Lumpia Gathering Party on Facebook (not related to the film) for Filipinos who had attended a previous Anime Expos and were now friends and regularl attendees of genre conventions. Onte’s cosplay crew included Andrew Idea, Mike Pates and Renan Leandicho .

Alex Nino, an 81-year-old veteran comic book creator, not only had a busy booth, but also was on his own panel, drawing live in front of the audience, using projection on a big screen. When one lucky admirer asked Nino how much for the drawing, the former was rewarded with it as a gift.