Sexual Harassment Debacle:  A good thing or a bad thing?

Sexual Harassment Debacle:  A good thing or a bad thing? 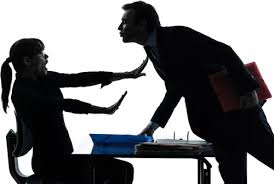 At first glance the answer might seem simple. But as we look deeper into the issue, we can see that it is both: good and bad…and neither.

One problem that becomes apparent as issues such as these arise, is that most people jump on the bandwagon of one opinion or the other. Most people just want it to go away. Most people, perhaps, don’t want to believe that a society, as progressive and compassionate as ours, holds such dirty little secrets.

And it’s bothersome to have those ugly revelations keep popping up from unexpected corners and then bleeding through an entire business entity, or organization that we may have grown to trust, at least to some extent, such as the movie industry, or the political system or your place of business. We discover that people that we considered friends, colleagues, icons, heroes turn out to be human, emphasizing the dark side of our humanity.

We begin to doubt our own judgment. People that we admired get unceremoniously knocked off their pedestals. Then, when they are down, they get kicked and accusers pile on. It raises questions in our own minds like, “What’s wrong with me that I didn’t see it coming?” “How can I hate what he or she has been accused of and still admire him/her?” We find ourselves in a dilemma. We try to hold conflicting thoughts in our minds and discover that it is a difficult thing to do, causing us to feel chaotic and unstable. Is that a good thing or a bad thing? Again, maybe it’s both…or neither.

Scott Fitzgerald is known to have said, “The test of a first-rate intelligence is the ability to hold two opposed ideas in the mind at the same time, and still retain the ability to function.” This kind of strenuous thinking is something that is sorely lacking in our society.

We try hard to make things go away by taking sides and shouting down the opposition, shaming anyone who disagrees; and if it doesn’t work, we shout louder until the opposition backs down. While this may sweep such unsavory issues such as sexual harassment and abuse under the rug, it does nothing to solve the problem.

The way to begin to find a solution is to learn to accept that as humans, we all (yes, all) have a tendency to explore the dark side of our humanity from time to time. Every human being is a mixed bag of lovely and not so lovely imperfections. We need to embrace this and stop being afraid of it. Fear leads to mob-type thinking and behaviors, which only increases the chaos. We need to fearlessly see that some of what we didn’t see before, or didn’t want to see, is becoming apparent.  Is that good or bad? Again: both and neither.

People are being tried in the court of public opinion without proof. Some of the accused are denying the accusations, while others admit to failings before they even get accused. Long existing dysfunction that has been lying dormant is being stirred up, causing chaotic and muddy waters. Good thing? Bad thing? Again: both and neither. It is simply the nature of change to cause disruption; some good people get caught in the stampede; some bad people get punished; there is collateral damage; awareness is heightened.

Human nature abhors chaos and uncertainty. We try hard to shut it down. We fear the dark side of others and ourselves. We try hard to disown it. But shutting it down and disowning what causes us pain, won’t solve the problem. We need to embrace our current crisis for what it is, not getting stuck in a label of good and bad, but rather determining together the direction in which we want to go and develop a plan.

In order to develop the intelligent response that F. Scott Fitzgerald referred to, we need to be fearless, yet loving and compassionate. We need to be just, as well as merciful. We can learn to hold conflicting thoughts in our minds and at the same time, find a feasible, workable solution. But we can only do that by looking within ourselves, taking responsibility for our own thoughts and actions before we throw around too much blame and hatred.

Taking responsibility for who we are and what we believe, seeing humanity as connected, while accepting everything that we are, warts and all, with compassion and reason, will enable us to come together to make us even better in the future. We need to learn to consider conflicting thoughts without pitting ourselves against each other, recognizing that there is some of what we hate in each of us and take responsibility for our own thoughts and blind spots before we can see clearly enough to heal the brokenness in our society.

Marianne Clyde is an expert in mental health in the workplace. She speaks to businesses and associations about empowerment, team building and relationship networking; she is a licensed marriage and family therapist.