The best soup recipe you’ve ever tasted may be something as simple as clear broth. No matter how simple or elaborate a soup recipe may be, if it tastes good, it can bring you warmth and comfort any time of the day. If you love soup so much, you can amp up some of the good recipes you have and make them the best soup recipes ever.

A simple cauliflower soup can become decadent if it’s a bit more creamy or has a kick with the spices. Baked potato soup can become more delicious with cheese or meat. Read on for some of the most fantastic and best soup recipes.

Soups as Starters or Full Meals 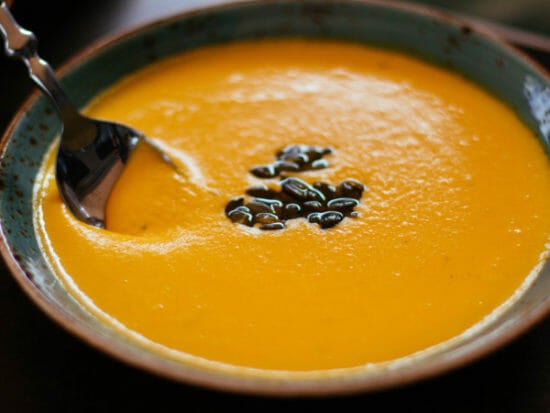 By definition, soup is a flavorful and nutritious liquid food that can serve as an appetizer, a full meal, or a light snack. It has become many people’s comfort food and family’s generational recipes. The best thing is to have any hearty soup for breakfast, lunch, or dinner.

Some of the most common ones are vegetable soup, beef soup, lentil soup, cheese soup, and a ton of others that are super easy to make. From vegetable soups like butternut squash soup, tomato soup, and black bean soup to meat soup like chicken tortilla soup and tortellini soup to carb soup like lasagna soup or rice porridge, they can be delicious, hearty, and filling.

While the soup is liquid, don’t dismiss it as an easy or overrated course yet. There are plenty of easy soup recipes for sure, but there are also complex and sophisticated recipes that can make this liquid food all the more appetizing and special. Below are some of the best soup recipes to try in your kitchen if you need some comfort food. 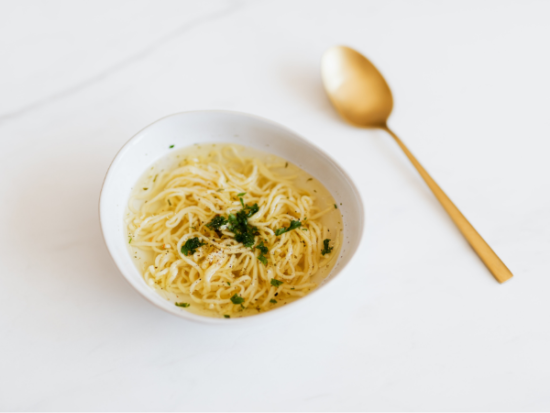 Perhaps one of the easiest and most common soups to make. It is made with noodles and meat, so it is a filling meal all on its own. This recipe just might give your favorite one from when you were sick as a child a run for its money. 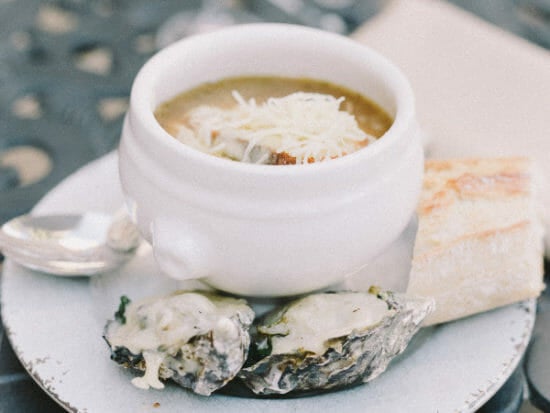 Onion is an American staple in every menu in every restaurant and diner. Whether fried, baked or made into soup, many people love onions. Even if you’re not a fan of onion’s smell or taste, you might change your mind when you taste this recipe. 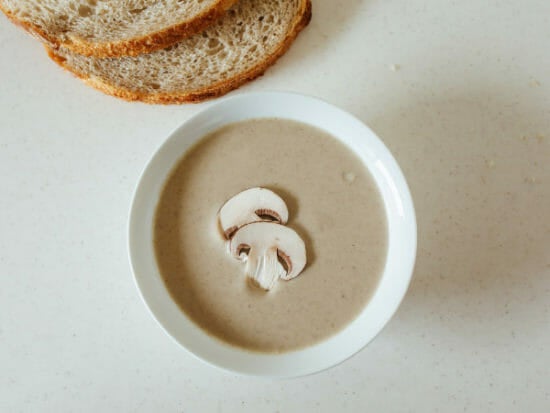 Another simple and easy soup recipe is cream of mushroom soup. It is common, and you can order it in many restaurants and even buy a canned version in the groceries, but where’s the fun in that? Cook up your own with this simple but delicious recipe. 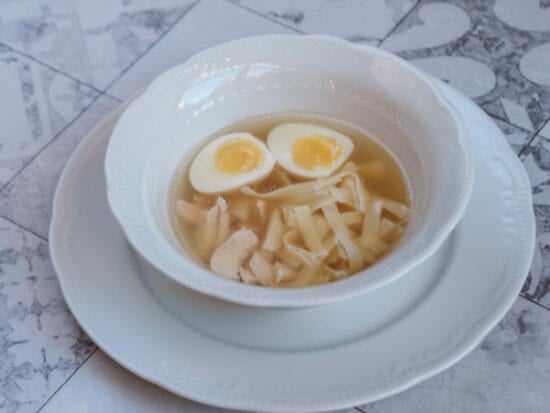 Perhaps the easiest recipe on this list, egg drop soup, is familiar and delicious. You probably even have all the ingredients in your pantry already. If not, you can whip them up yourself without running to the store. 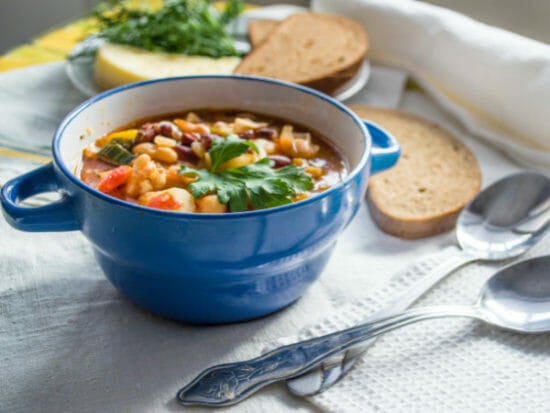 This one is for all of the vegetable lovers out there. This recipe yields colorful bowls of vegetable soup with a boost of carbs. While minestrone originated from the Roman Empire and is mostly an Italian recipe, many Americans love them and have adapted the recipe.

Related Article: The Best Chili Recipe You Need to Try

What are the different kinds of soups? 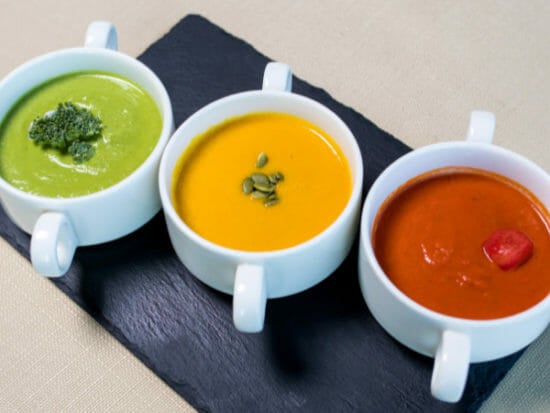 Due to the popularity of soups all over the globe, there are dozens of recipes inspired by cultures, ingredients, and country of origin. Unsurprisingly, soups have been studied by chefs and food experts.

The word soup is an umbrella term, but there are many different types of soups. Some are clear and watery (thin soups), others are textured and creamy (thick soups). Below are their major classifications, mostly according to consistency and texture.

Clear soups offer many nutritional health benefits, including keeping your digestive tract clear. Bouillon and broth are sometimes used interchangeably. This is understandable because both clear soups are made from meat, bones, fish, or vegetables boiled in water. When you leave these ingredients simmering, the gelatin from the bones creates an intensely flavorful stock.

The secret to cooking a good consommé is in the method. This type of soup is made by adding a mixture of ground meats, mirepoix (a combination of carrots, celery, and onion), tomatoes, and egg whites into either bouillon or broth. Simmering the ingredients will bring impurities to the surface and congeal enough to be removed. What’s left will be a concoction rich in flavor.

Thick soups are rich in texture and consistency, usually because of the added cream or starches. Bisque is a creamy, thick soup that contains imperfect shellfish not good enough to be sold in the market.

Flavors are extracted from crabs, lobsters, shrimp, and other shellfish. Rice is also added and either strained out or pureed. Sometimes, the shells are ground up and added as a paste to thicken the soup.

There are dozens of creamy soups that come in a variety of flavors. You can see them in grocery stores — shelf after shelf of cream of mushroom, cream of corn, cream of this. Cream soups are pretty straightforward. Take out your favorite soup ingredients, including the broth, and add in cream until the soup’s consistency is to your liking.

Potage is one of the oldest recipes. It originated from Northern France during the Medieval Ages. Pottage is similar, using vegetables and grains.

Villagers would take the vegetables they grew in their gardens and boil them together to make a thick mashed mixture. The boiling took hours to ensure that complex starches were broken down enough to be safe for eating.

How to Make Your Own Chicken Stock 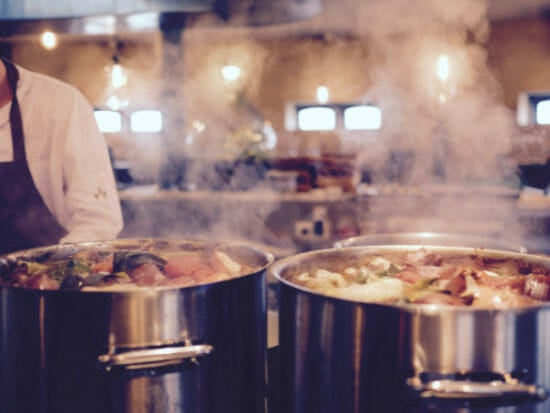 Soup is always better when it’s fresh. Although it may come down to preference, fresh soup is healthier. You can adjust the sodium and preservatives added to your soup. Fresh ingredients are always a plus because they are richer in vitamins and minerals.

You may not always have those lying around, so mixing up a canned soup with whatever’s available in your fridge will suffice. Soup is supposed to be a comforting food, so whatever brings you comfort, whether that’s meat, vegetables, dairy, or whatever else, there is surely a recipe for it out there.

Soup is arguably one of, if not the most, flexible food recipe ever made. It has been around pretty much since civilization started. It can be thin or thick in texture and consistency. Bland, flavorful, sour, tangy, spicy, any flavor you can think of can be made into a soup.

Some boiled meat, fish, or vegetables in water, and you already have a hearty bowl. You can try any common but delicious and easy soup recipes and see which one becomes your new comfort food.