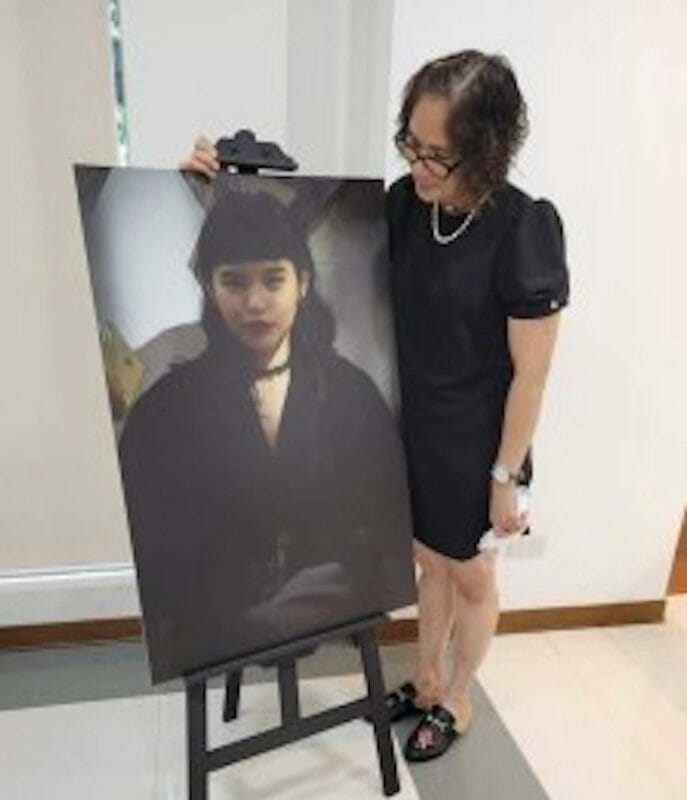 Sally Jonson with portrait of her daughter, Bree, whom she doesn’t believe committed suicide. FACEBOOK

VANCOUVER, B.C. – Sally Jonson of Abbotsford, BC arrived in in the Philippines from Vancouver, Canada last September, fully vaccinated and ready for several days of quarantine. A citizen of Canada since 2015, it was 2018 when she last saw her daughter, Bree, alive.

Sally’s 30-year-old daughter, Bree Jonson, an acclaimed visual artist, was found unconscious on Sept. 18 in a La Union hostel and later declared dead on arrival at the Ilocos Training and Regional Medical Center.

Julian Ongpin, 29, reportedly Bree’s boyfriend and whom Sally said her daughter did not mention or introduce to her, was the last person to be with Bree. Ongpin, whom the family blames for Bree’s death, is the son of billionaire tycoon and former Trade Minister Roberto Ongpin.

Bree was laid to rest Sept. 29 in Davao. Her death puts the spotlight on the ongoing issues of violence against women in the Philippines, the stigmatization of drug use, and the controversial Philippine War on Drugs.

Based on an initial autopsy report, Bree died of asphyxia. News reports said that authorities ruled her death as “suicide,” which her family deeply doubts. A Justice for Bree Jonson page was started by supporters.

Sally Jonson does not believe her daughter died by suicide. She affirmed that her daughter was in La Union for her artist residency and was preparing for an upcoming exhibition in December this year. Her daughter, she says, expressed excitement about this exhibition and had “many dreams in life” and would not choose to end it.

Sally also pointed out the visible scratches on Ongpin’s mugshot, which she strongly believes resulted from her daughter fighting for her life.

La Union Regional Trial Court Branch 27 Judge Romeo Agacita Jr. dismissed the possession of illegal drugs charge against Ongpin, despite his testing positive for benzoylecgonine, a major metabolite of cocaine, and more than 12 grams of cocaine reportedly found by police in the hostel room Ongpin and Bree Jonson shared. 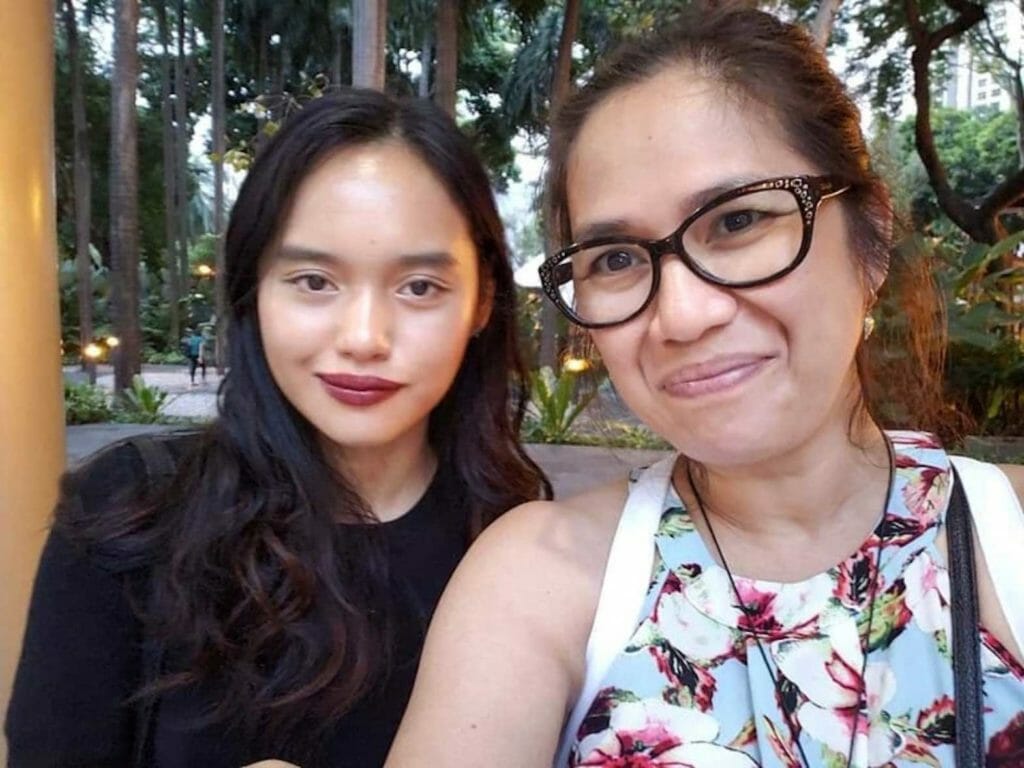 Bree and her mother, Sally Jonson.

The Philippines’ Department of Justice (DOJ) stated its intention to file a motion for reconsideration of the dismissal of the drug case against the Ongpin scion.

Meanwhile, critics view the dismissal of Julian Ongpin’s drug case as proof of free passes for the rich and powerful while the government’s War on Drugs have killed or jailed thousands of mostly poor suspected users.

Bree Jonson, born in 1991 as Breanna Patricia Jonson Agunod, was a graduate of industrial engineering at the Ateneo de Davao University. She was part of the rock band (Alto Indio), a multi-talented artist, bookworm, and adored by many.

She enrolled at the University of the Philippines (UP) College of Fine Arts and quit after a semester. However, Jonson continued painting. Her work as an artist is known for a unique visual language in exploring mankind, the environment, and the power of femininity.

Her mother, Sally, who studied at UP Los Baños College of Veterinary Medicine, emigrated to Canada after being accepted for work.  Bree was supposed to follow her mother to Canada after securing a permanent resident visa. But she decided to stay in the Philippines to pursue her career.

A self-made artist, Jonson had multiple exhibitions in the Philippines and abroad, including Singapore, Malaysia, USA, Japan, and Norway. Her works have been displayed at solo exhibits and at art fairs such as Art Fair Philippines and Sydney Contemporary Art Fair. Her curriculum vitae (CV) can be viewed on her website,