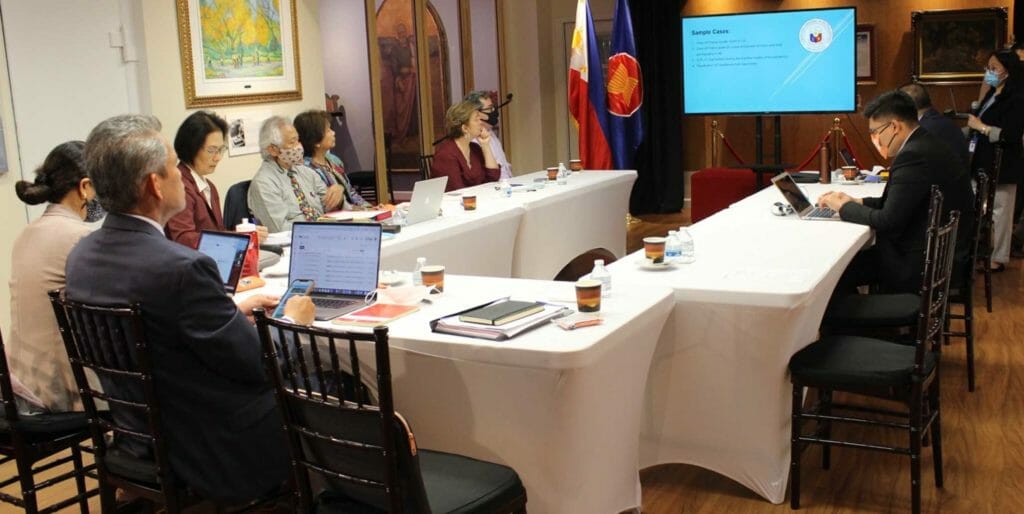 Ferrer highlighted the need for a “unified plan to ensure the efficient and effective delivery of passport and other consular services to overseas Filipinos” in the ten U.S. states under his consular jurisdiction.

He also thanked the three honorary consuls for all that they have done for the Filipino communities under their purview. The consulate’s different sections and partner government agencies presented their plans for 2022, and solicited the honorary consuls’ inputs. The three consuls also received updates on the Consulate General’s services such as passport issuance, document notarization and legalization, and visa application.

Also threshed out were plans for the 2022 consular outreach missions in northern California, northern Nevada, Alaska, Colorado, Idaho, Montana, Oregon, Utah, Washington State, and Wyoming. The schedules of these outreach missions will be announced in due time.

Honorary Consuls Carrillo, Lavigne and Tadeo also toured Dynamico Space, an office and co-working space located at the Philippine Center. Dynamico Space is the Consulate General’s private economic diplomacy partner in assisting Philippine startup companies gain exposure in the United States, and for U.S. startups to expand their market to the Philippines.