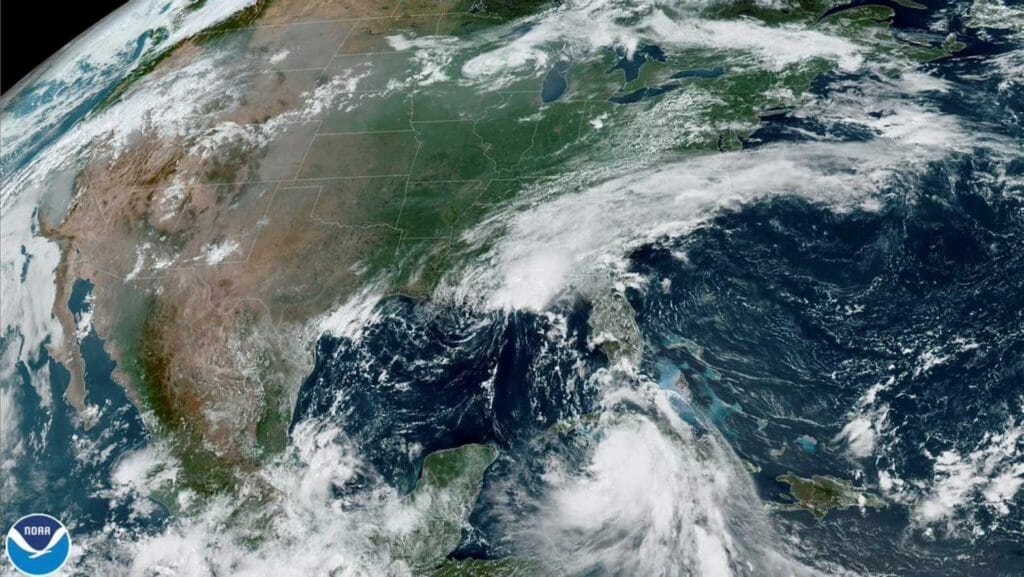 Tropical Storm Marco arrives at the coast of Louisiana as Tropical Storm Laura follows (bottom right) in an image from the National Oceanic and Atmospheric Administration (NOAA) GOES-East satellite August 24, 2020. CIRA/NOAA/Handout via REUTERS.

Climate scientists have long debated whether the North Atlantic has experienced more frequent hurricanes over the last century, given uncertainties in the reliability of historical data. But new research suggests the increase is real.

“As you go back in time, the observations become more and more sparse,” said Kerry Emanuel, a meteorologist at Massachusetts Institute of Technology. “Undoubtedly, we missed some storms” in the historical count dating back to the mid-1800s.

So he set aside those old records and turned to computer simulations to recreate climate conditions for the last 150 years. Using three different climate models, he then scattered hurricane “seeds,” or conditions that could produce a storm, throughout the models to see how many seeds developed into storms.

The findings were fairly consistent with the record of storms spotted by flights and satellites, and earlier from land or ships.

It is still unclear why there were more Atlantic storms, which account for about 12 percent of the world’s tropical cyclones. The models did not show similar increases for other cyclone-prone regions like the Eastern Pacific or the Bay of Bengal.

Emanuel said one potential explanation of the Atlantic impact might be changes in ocean currents due to global warming, but he said there could be factors other than climate change influencing the hurricane count.

Pinning down the science behind the change is “absolutely the next step,” he said.

This year’s Hurricane Ida, which hit Louisiana as a category 4 storm in August, killed nearly 100 people in the United States and caused an estimated $64 billion in damage, according to the National Oceanic and Atmospheric Administration.

Scientists have established already that climate change is strengthening hurricanes, while also causing them to linger longer over land – dumping more rain on an area before moving on.

“There has been more uncertainty about the trends in tropical cyclone numbers,” said Michael Mann, a climate scientist at Pennsylvania State University who was not involved in the study.

But the scientific evidence is clear on changes to the strongest, most destructive storms, Mann said: “these will continue to increase, as long as we continue to warm the planet through fossil fuel burning and carbon pollution.”