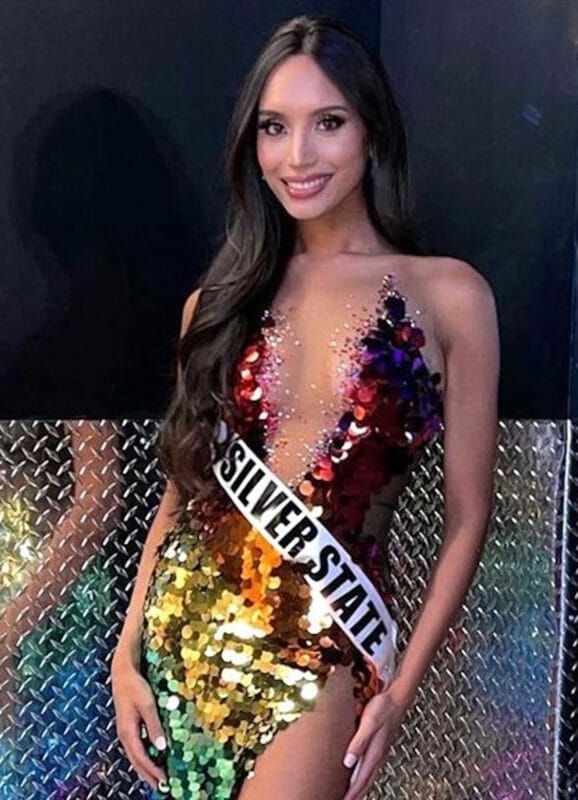 Miss Nevada Kataluna Enriquez, the first transgender contestant in Miss USA pageant history was eliminated before the final 16 were chosen on Nov. 29.

Enriquez, a 28-year-old health care administrator and fashion designer told Yahoo Life that she was “shocked” at her early elimination.

“But I was more disappointed because I worked so hard for it,” she said. “I think they were just not ready.”

“I’m everything that’s not represented in our country, and [ready] to create conversations around what it means to be an American,” she also said.

Enriquez, who is Filipino American, described herself as “a minority within a minority” and considered it “an honor just to be able to represent my community and be an example for young queer children who now know they don’t need to be limited by society’s standards.”

After her elimination Enriquez shared a statement on her Instagram page:

“One of the things that I am #grateful for is the friendship I have created with so many empowered and inspirational women.

“Going into the competition, I was prepared to face issues and conflicts because of our political climate and divide. I went in with pre-judgement of beliefs and attitude according to your state and I am so thankful that I was wrong.”

She continued, “To every [woman] who approached me with welcomeness and those who took time to understand me, thank you. Thank you for giving me a chance to show you, and show the world another side of the story that isn’t often told correctly. To every person who ever felt invisible or denied the chance to be their best self, this is for you. I am a living breathing example of what was impossible. Do not let expectations and socio standards stop you from living your truth and chasing your dreams.

“Thank you for giving me a chance to show you, and show the world another side of the story that isn’t often told correctly.”