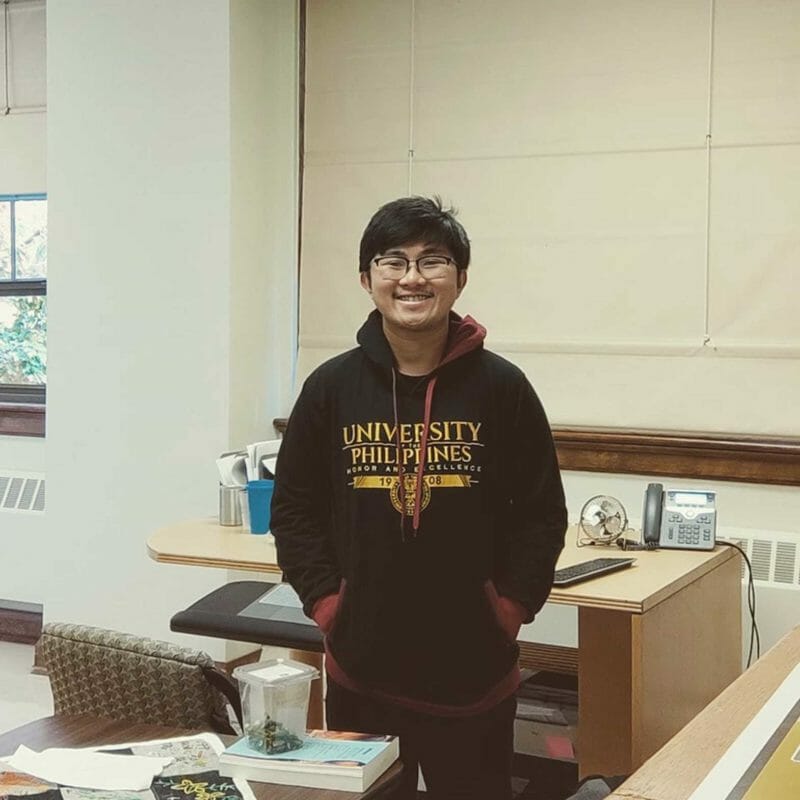 It was only Jehu Laniog’s second time riding an airplane and his first traveling outside the Philippines.

The first time was when he flew to Cotabato, Mindanao in 2017 to hold a writing workshop with evacuees displaced by the Marawi Siege. He was excited but at the same time nervous. He was with London-based award-winning playwright Rogelio Braga, also the publisher of Balangiga Press. Upon arrival, they were warned not to take photos along the airstrip. While in transit from Cotabato to Ilagan, there were multiple checkpoints where they had to show identification.

It was July; a summer month in America. By August he was on another journey towards the fulfillment of an academic aim that seemed elusive when he was in the Philippines.

“I never dreamed of studying abroad. But it was an opportunity that I can never let pass,” Jehu says. He is currently a scholar and teaching assistant at Purdue University Department of Anthropology College of Liberal Arts. He is pursuing an MS in Anthropology.

When Jehu applied for admission to Purdue in Indiana in December 2020, he was not expecting the turn of events that would change his academic life. He was accepted in February 2021 as a full scholar and also the contract to become a graduate teaching assistant.

He had applied earlier for a US visa, but instead of getting approved, he got a “green slip” because it was too early to apply. He was advised to submit all the requirements before the start of classes in August. His visa was released in early May.

“I was nervous because I might turn out positive (for Covid-19). It was difficult to get a vaccination schedule,” Jehu narrates. A month before his scheduled departure to the United States, Jehu received a call for his second dose vaccination.

From UP to Purdue

“We are not well-off, and I wanted to become a writer,” Jehu says.

“I remember in my first-year in high school, I told my mother that my school doesn’t have a library. So I was transferred to another school with a library,” Jehu laughs.

Jehu’s family struggled to pay for his tuition to the extent of borrowing money. When he graduated from high school, he only received a blank diploma holder because he hadn’t fully paid his tuition.

When the Universal Access to Quality Tertiary Education Act was implemented in 2017, Jehu was among the hundreds of thousands of Filipino university students that benefited. For the first time in his student life, Jehu no longer doubted that he could finish his degree.

In his first two years, Jehu enrolled for a Certificate in Creative Writing in Filipino. He also joined UP Sandigan para sa Ika-uunlad ng Kamalayang Maka-Araling Pilipino, a Philippine Studies organization in the College of Arts and Letters.

“It was out of character. Even my friends were surprised that I took Philippine Studies because I always associated myself with writing. But Borges once said, a writer – and, I believe, generally all persons – must think that whatever happens to him or her is a resource,” Jehu explains.

While studying, Jehu worked at Balangiga Press and also as a research assistant. After graduation, he worked at the Humanitarian Legal Assistance Foundation Inc.

He thinks a huge part of his admission to the Purdue program was his undergraduate projects, publishing articles in independent publishers and mainstream media. He also attributed it to his development work and his undergraduate thesis focusing on the rituals in Nabua, Camarines Sur.

Much of his works being written in Filipino has not been a hindrance. Instead he sees it as an advantage because he understood his works better. At the same time, he was able to share his studies with his people.

Jehu briefly worked as a graduate research assistant of Dr. Dada Docot in a research project about Overseas Filipino Workers (OFW) from Nabua. Docot is a professor in the Anthropology Department at Purdue University. They met in Nabua in 2019. It was also Docot who advised him to pursue graduate studies. She is also Jehu’s advisor at Purdue.

“Anthropology sustains my curiosity on the intersectionality of things. It just happened that my roots are from Nabua. But many underrepresented places in the Philippines need studies. In the Philippine context, “hometown studies” are important to better understand our banwa.” Jehu shares.

Nabua is the convergence of the indigenous and colonial pasts. There are devotional rituals and practices in the place that is also known as the “Town of Dollars.” In the ‘70s hundreds of young men of Nabua joined the U.S. Navy. Eventually, they became American citizens but kept their connection to the hometown by sending dollars or balikbayan boxes to their families.

The Master of Science in Anthropology is a two-year program. There are only five graduate students in the program this semester – two Americans, one from Peru, a Korean and a Filipino. Jehu will focus on “hometown, environment and culture.” He believes that his background in creative writing helps him in research.

No particular person influences Jehu. He mentions that his professors in Philippine Studies, Malikhainag Pagsulat and Sociology influenced him in one way or another.

“The people we meet along the way may influence us to some degree. I don’t remember them all, but I think all of them contributed to what I have become and why I am pursuing anthropology today,” Jehu says. 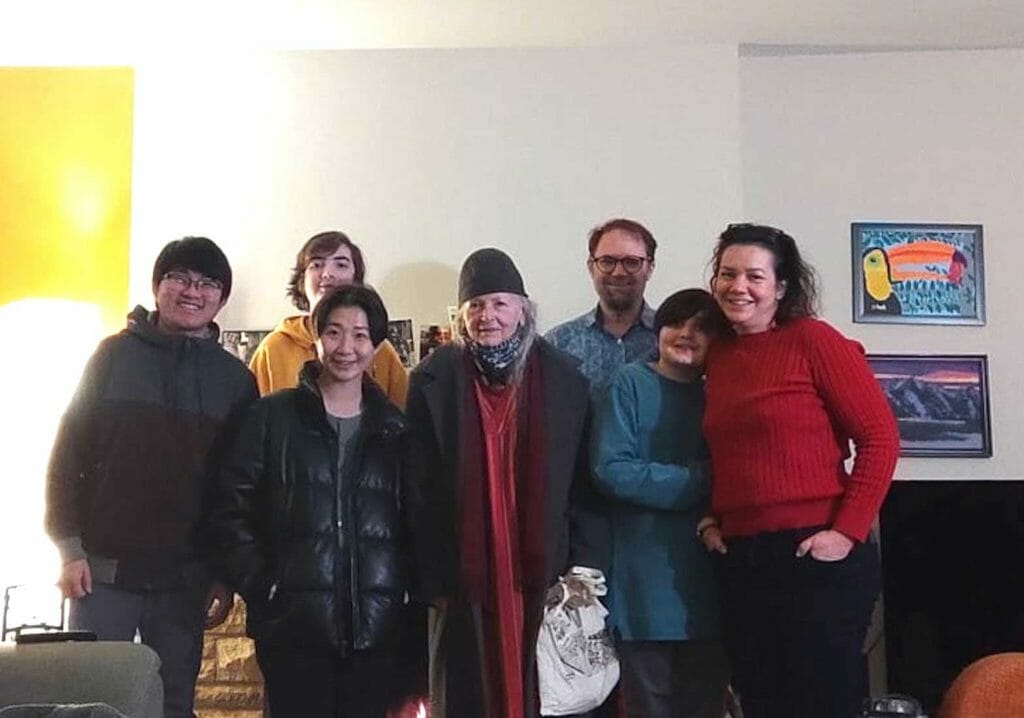 Jehu has been experiencing the many firsts in Purdue. He celebrated his first Thanksgiving Day with his professors and colleagues. He is still adjusting to university and American life.

Since Jehu was from the Departamento ng Filipino, he admits being inclined to speak and write in Filipino rather than English. However, when he was admitted at Purdue, he was not required to take an English proficiency test. Although fluent in English, he enrolled in two short ESL (English as Second Language) courses to have more confidence in speaking English.

Jehu says that he has not experienced discrimination yet, or probably, does not notice it. “When I left my protective space or comfort zone, I need to ready myself to whatever comes to this new space,” Jehu says.

Now that he has joined the millions of Filipinos in the diaspora, Jehu feels homesick.

“All Filipinos miss the country – no matter how difficult or how we struggle back in our homeland. It is important to remember that the reason why we left is because of the lack of opportunities. I always tell international student leaders here that we are brave because we leave our country in the hope that someday we can go back and make a change,” Jehu says.

Jehu explains that education is not limited to the campus, but that learning from society is more important because of having to deal with different people from all backgrounds.

“The society is where we can test the theories that we have learned from the classroom,” Jehu says.