At Lands End with my youngest

At Lands End with my youngest 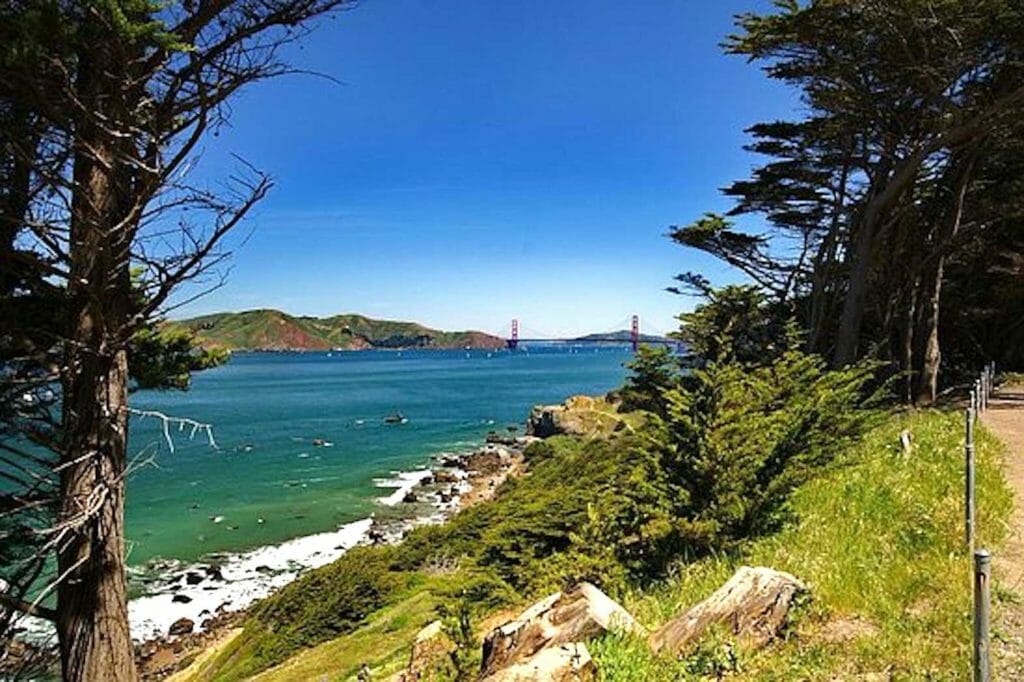 We had a free day so I asked him where he would like to go for a hike.

Great choice. By around noon my 16-year-old and I were at one of the most beautiful spots in the San Francisco Bay Area. This northwestern corner of San Francisco has long been one of my favorite places, a web of trails that offer breathtaking views of the city and the bay, a perfect place for a leisurely hike.

It was also an ideal place for reflection.

We had walked around here many times in the past as a family. We spent time mostly around the epic ruins of Sutro Baths, the massive swimming facility that was built at the edge of the coast in the 19th century. The structure was destroyed in a fire in 1966 but the ruins have become a popular tourist spot.

Lands End has a rich history. It had been the home of the Yelamu Ohlone tribe before the Spanish settlement of San Francisco. That put an end to the tribe’s traditional life.

After the Gold Rush, real estate developers turned Lands End into a fashionable resort but mainly for San Francisco’s white residents. In the late 1890s, an African American named John Harris challenged that policy based on a new California law banning racial prejudice. He won and his victory set the stage for other legal challenges to racial discrimination in California and beyond.

That afternoon, my son and I visited again a place that has become a favorite place for our family.

He was just a boy when we first came here many years ago, constantly smiling and giggling and asking questions and brimming with happiness. I watched him walk ahead of me as we began our hike.

He’s a young man now, more pensive and serious in his demeanor. He’s not as chatty as when he was a boy. But he was still even-tempered, and thoughtful — though he sometimes enjoyed pushing my buttons.

“Step back,” I said when I saw him stepping close to the edge of a cliff. He flashed that mischievous smile, amusing and annoying at the same time.

We kept walking in silence, enjoying the stunning views. We walked down to the beach, and I sat on a log to meditate for a few minutes while he walked around, watching the waves. Then we walked back up to the trail overlooking the bay. A train once went through this path but it was abandoned after it was damaged by a storm. We followed its path overlooking the bay.

At a spot where we had a clear view of the Golden Gate Bridge, we stopped.

It was my turn to push his buttons. I smiled. For it was a silly invitation, one that I thought would annoy him. He’s a teenager after all. Serious father-and-son chats are corny to kids his age. I knew that.

But surprisingly, he engaged even briefly, as we talked about the coming year, his last full year in high school. In a year and a half, he will leave for college, to find his own path and define his future.  There will be other chats, and other leisurely hikes through the Bay Area’s many wonderful trails in the coming years.

But change was coming. I knew that. As I watched him gazing at the bay and the beautiful bridge in the distance, I thought of the great adventure he’s about to begin — and of the life we have shared together with his mother and older brother over nearly two decades.

I have been with him and have been part of his life for every year, every month, and pretty much every week of his life. (He spent a week in the woods when he was around 11 as part of a school program called “outdoor school.”)

There were times when things could have turned out differently. There were times when I could have chosen a different path, for myself and for him and my family. Through the years, opportunities emerged to work in other countries, like the Philippines and Japan. They were exciting and could have led to more fulfilling paths. But these were forks in the road that could have led to an exciting adventure for me personally, but probably a miserable path for him, his brother and their mother.

It would have meant being away, being separated from them, being in another place that would have made it harder for me to be there for my sons. So I walked away. I stayed.

That afternoon as my bunso and I followed the rocky, winding paths of Lands End overlooking San Francisco Bay, I knew I made the right choice.

I have been with him pretty much every day of his life. And I’m glad I did.

I watched him walk ahead of me, thinking of how he would soon blaze his own trail.